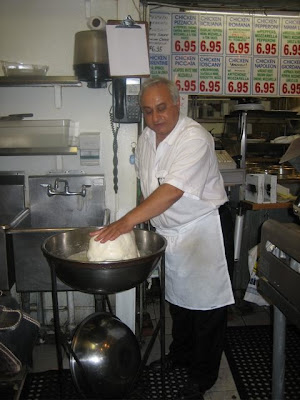 For those of us with friends and family just across the Hudson, it's often proven difficult to lure our rivals across the water on how charming our "small town" really can be.

A new guided food tour sponsored by Hoboken Tours called "Mangia Hoboken" is serving a tasty remedy. Offered Saturdays, the tour salute's the food and culture of Hoboken exploring the Italian food establishments that have been in business for decades.

Beginning at the PATH station and running about three hours, it's a nice way to introduce the town to your uppity friends who think the world solely exists between the boundaries of Manhattan Battery Park South and the Harlem River north. It crosses some of the splashy sites like the "Cake Boss" of cable TV fame, Antique Bakery and the birthplace of Frank Sinatra along with the more traditionally favored local staples like Fiore's, Lisa's and the oversized slices at Benny Tudinos among others.

Now most locals know and have been to many of the places on the tour. But I did learn that my favorite cafe: Empire Coffee & Tea has been owned by the same family since 1908. Now how many of you wiley Hobokenites knew that?

Save up an appetite for this one. It's tastings at every stop. And mangia!

Note: This Saturday's tour does not include Lisa's but will again August 22nd and 29th when Lisa's reopens after vacation.

Coupon code 'summer09' to receive a $4 discount on all tours through Labor day. Cost is $40 and you can get the complete details at:
www.hobokenfoodtours.com or telephone: 201-653-1500
Email: info@hobokenfoodtour.com
Photo: Making the "mutz" mozzarella cheese at Lisa's. Courtesy of Hoboken Tours/Avi Ohring
Posted by SmartyJones at Tuesday, August 11, 2009
Mangia Hoboken - Food Tour That's Italian
2009-08-11T18:29:00-04:00
SmartyJones
Hoboken food tour|Mangia Hoboken|
Comments

The Law of Unintended Consequences 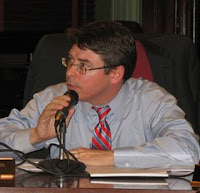 A baffling statement from the usually mild mannered Councilman Peter Cunningham has da horsey shaking his head in disbelief.

With the onset of a real New York summer, we were looking forward to doing a leisurely feature on a Hoboken walking tour, (www.hobokenwalkingfoodtour.com) and enjoying the dog days of summer, before this bomb landed on our doorstep over at Hoboken Now:
http://www.nj.com/hobokennow/index.ssf/2009/08/peter_cunningham_anyone_who_ru.html

Although we love a good joust now and then as much as anyone, one has to wonder about the thought process (some would say sanity) of Councilman Peter Cunningham. Perhaps the heat has affected the usual measured voice we have grown use to in the City Council.

And now we have to also question, is this a solitary voice or part of a more collective error? After recently doing a parody of corruption in Hoboken based on a real visit by muckracker Pulitzer Prize winning writer Jimmy Breslin, we find the irony of schooling Councilman Mike Russon on the rights of citizens and the US Constitution missing not a few seats away in the City Council. If Beth Mason wants to double down on her investment in the last mayoral race, she certainly is capable of doing so. So why would you throw down the gauntlet when you already know she's more than capable of standing up to it? Emphasis: more than capable.

Some would say the horse is a political animal but in the end I'm just a horse. And if you want to get me to run faster, or not at all, it's best to offer a carrot. Even wannabe dictator for life Chavez, the oil rich buffon of Venezuela, knows better to jingle war noises with his lesser neighbors like Honduras than the United States.

With the November winner take all mayoral election seeming far off in the distance to some, and apparently right on top of us to others, we're reminded of the saying two is company, three is a crowd and six, well that's a circus. If it proves to be the latter, with all the subsequent Hoboken hilarity and insanity, I blame Peter Cunningham.

Can someone please send a copy of "The Art of War" to Mr. Cunningham? Short of that, how about an ice tea so he can cool off?

Beisbol been very, very good to me 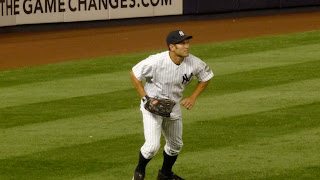 Does Hoboken need a field of dreams? City Council woman Beth Mason thinks so and has come out in favor of a minor league baseball stadium in the northwest corner. When first announced, it appeared to be nothing but a fanciful idea to perhaps drive attention to the last undeveloped part of town in the quiet political season of summer after an election.
But the practicalities of such an idea never seemed feasible. Althought da horsey does love baseball both for its majesty as a game and its historical ties to American and Hoboken culture, there are several aspects to the idea that are far less than appealing.
But first, let's deal with the practical. Councilwoman Mason is highlighting a meeting this week on this area. Will this be part of a more detailed plan on said idea? We're not sure and rather than speculate or seek to answer it, we think it's best to communicate the meeting and let folks attend, listen and offer their own perspectives:
The Hoboken

will host a community meeting

A Concept Plan for Hoboken’s

Currently, there are three minor league teams already nearby: Newark's Bears who once hosted Jose Canseco in his major league failed comeback bid along with two major league A Ball minor league affiliates for the Mets and Yankees in Coney Island and Staten Island respectively.
Although we love baseball, and yes that is a picture of Johnny Damon taken at Yankee Stadium yesterday, we wonder if it makes any sense to build it in the hope that they "will come" to Hoboken's Field of Dreams. With the area already saturated with minor league baseball these days, does it even make economic sense? And that doesn't even begin to address the local logistical and practical concerns. The questions are so numerous at this point, the idea seemed just pie in the sky. For one, how would Hoboken find a team willing to come here anyway? That would cost a lot of coin. Coin that we certainly don't have, not to mention has anyone gotten a look at the new digs at the hospital? We're afraid of the red ink that may be bleeding and the bill presented to us at some future unknown date.
Ah but the romance of baseball and summer. It's so delicious. Perhaps this community meeting will tell us more.

Sidebar: Councilwoman Mason has released another statement regarding assistance to the emergency services workers, who apparently number in the dozens. Yesterday's call led to people bringing water, gatorade and ice at the 11th & 12th St. entrance along Sinatra Drive. As it was the hottest and most humid day this year, at least 60 aid workers appreciated it. The statement asks for Hobokenites to continue this support.
A big horsey nod to all the fine people in our community who are acting on this need.