Horse Sense: Once more unto the breach

Update: City Hall's legal arm will begin the process of examining the current pay to play laws around the Labor Day holiday. The following editorial was posted yesterday. More on this to come. 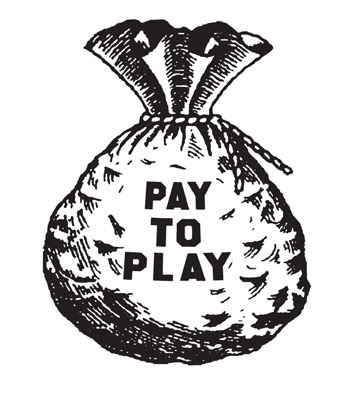 The nefarious neutering of Hoboken's "pay to play" laws has breached the ethical if not legal aspects of the town's political aspirations for honest, fair elections. As Hoboken Now previously reported, multiple Political Action Committees (PACs) set up out of state by union and developer funds easily found their way into the aspiring Peter Cammarano's campaign pocket. Although sources within the opposition campaigns suggest it was old news, the public posture of Cammarano's people last May had pointed the finger at Beth Mason's campaign. The smear fliers escalated and continued in the runoff election where Councilwoman Zimmer was narrowly defeated after all absentee ballots were counted. Which leads to the question, how much influence did all this money from outside Hoboken buy and how do such monies dilute if not disenfranchise Hoboken voters?

As we ease into the final stages of the "unofficial" end to summer, a looming question on how to best deal with such legal maneuvers should be put to all local candidates. Although the "pay to play laws" have been seen as an objective solution for quite some time, it's pretty evident no such law as currently written can overcome the legal maneuvers of PACs. Merely injecting a third party PAC to hand over the bag of money has clearly won the day.

Although there is probably no short term legal fix, an ethical remedy is available. Often citizen groups will ask candidates to submit via questionnaires a series of answers of various concerns. One example has been to ask for declarations on not increasing property taxes. It would be a good idea if a citizen group such as Hoboken Revolt and/or People for Open Government (POG) create a standard where candidates in Hoboken elections promise to abide by the spirit, ethical and legal basis of the existing pay to play laws.

Creating such a standard in Hoboken would be beneficial to the town and its voters. We hope this standard can be quickly implemented in the next mayoral special election and beyond.