You have the right to remain silent..... 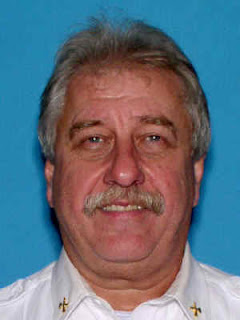 Hoboken has announced the suspension of all three, and at least two without pay.  (We'll clarify shortly.)

The arrests were part of a much larger investigation, apparently its focus centered on a $35,000 a week narcotic (cocaine) distribution ring operating from the Calle Luna Restuarant in Jersey City.  The year and a half sting now totals 17 arrests, snaring Hoboken residents:  Felix Santiago III, 1 Marine View Plaza (below top) and Joseph Casiano, Jr., 70 Washington Street, Apartment 2N (below bottom).  Both are facing serious conspiracy to distribute charges.

The press release from the prosecutor detailing all 17 arrests, after the jump.
For all three Hoboken employee photos: see the Hudson Reporter. 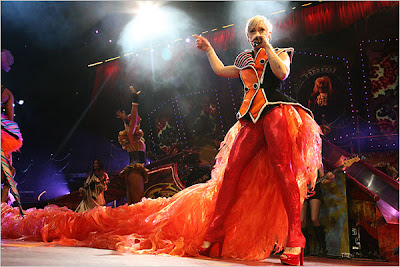 A reader sent a picture today and we're not going to say anything more about it other than let's at least consider bringing sexy to the City Council Chambers if only to celebrate Halloween.

Maybe we'll have less battles in costume and fighting over voting on illegal, useless resolutions deemed such a zillion times already by the Hoboken Counsel.

Behave or we'll call in the babysitter on ya.

You're ALL Under Arrest! 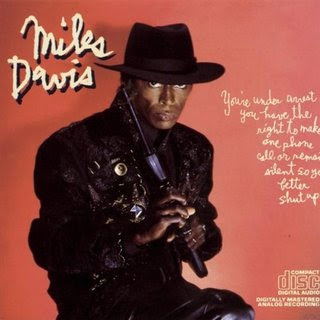 In a crime series, this would be pretty tame stuff.  For Hoboken it's like being on a merry go round.  Amy Sara Clark at The Jersey Journal is reporting on a number of recent cases beginning with the arrest of a Hoboken police officer a week ago in the early morning hours in town for DUI.

Yesterday, the town was riffe with rumors on a series of arrests, including one each from Hoboken police, fire and parking utility.  Details were sparse and City Hall and the prosecutor's office were tight lipped but it won't last long.  It appears to be drug related and it's going to get worse before it gets better.

Anyone who tells you they deserve the credit, well, consider the source. 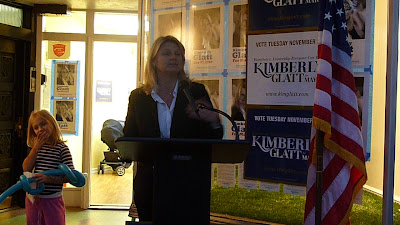 Declaring it’s time to bring “integrity back to City Hall," former municipal judge Kimberly Glatt launched her bid tonight for Hoboken mayor at her campaign headquarters on Washington Street.  In front of family and about 40 vocal supporters, the first woman judge in Hoboken’s history declared her fitness for the job, noting her commitment to the town’s future and a planned campaign centered on the budget, taxes and open space.

“It’s time for Hoboken to turn the page on the failed polices which caused our taxes to skyrocket and our city’s reputation to plummet following arrests and a state takeover” she said, laying the blame for that action squarely at the feet of last year’s City Council.  Ms. Glatt stated those who failed to act on the budget were not ready to lead Hoboken forward concluding,  “If you’re part of the past, you are part of the problem and you can’t possibly be part of the future.”

Later in a side bar interview where she easily fielded all questions, Ms. Glatt emphasized a willingness to work with all members of the current City Council, including the coalition currently moving much of the legislation under the Acting Mayor, describing its current members as intelligent and independent minded.

The former 14 year municipal judge joined other mayoral candidates critical of the Acting Mayor for temporarily holding the lead executive role along with her duties as City Council President until the November 3 election. “I believe you should only wear one hat when you’re in government,” she said in her opening remarks.  Ms. Glatt also made issue with the the "in-fighting... and grandstanding” on the City Council.  Without going into detail, she noted her observations on Channel 78 (Cablevision) where City Council meetings are replayed around the clock.

Referencing her strength of experience as a judge to listen and her experience of integrity and putting fairness first, the judge now candidate ended her remarks by asking for the support of those present as she anticipates a four week sprint to election day.

On a question on how she may separate herself from the field of seven candidates, Ms. Glatt did not lay out a plan on how to reduce taxes or spending but said, “When we do (have a budget), I’ll have more to say about it.” 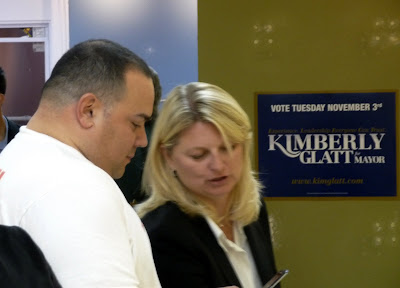 After the speech, Councilman Mike Russo stopped by briefly to speak with the new mayoral candidate.  Back in the summer, the Councilman had first mentioned Judge Kimberly Glatt as someone others mentioned to him as a potentially laudable candidate in an interview with Politicker NJ.

Talking Ed Note: Disclosure of candidate fundraising is required in the NJ ELEC (Election Law Enforcement Commission) report being released next week.  The Glatt campaign stated it has met the filing deadline and the information on her fundraising will be available in the upcoming report.  A fundraiser was held last week and Ms. Glatt said another was scheduled for next week.  Those interested can reach the campaign through the campaign website.

Kim Glatt is married and along with her husband Jay are raising their two children Evan and Alexa in Hoboken.

Due to some technical uploading issue of our video, we’re linking to our colleague's Kurt at the Hoboken Journal.  Kurt has also published the complete press release from today's campaign event.  If we are able to get the video uploaded, it will be added here as well.


Thanks Kurt and a big welcome back!