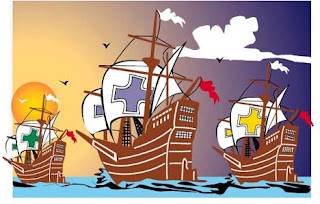 A late goal Saturday in Dublin with time expiring gave the Italian team a 2-2 draw with Ireland in World Cup qualifying.  The tie propelled Italy to the top of their group and qualifies the defending world champs for the 2010 World Cup finals in South Africa next summer.

It's exquisite timing for today's celebration. 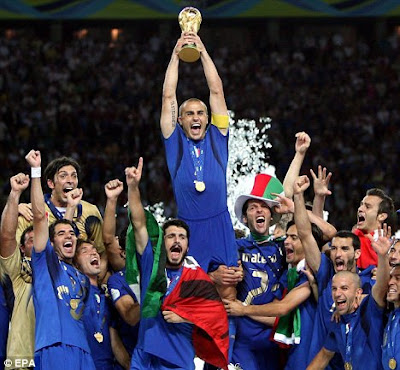 Horse Sense: Stepping back from the election heat 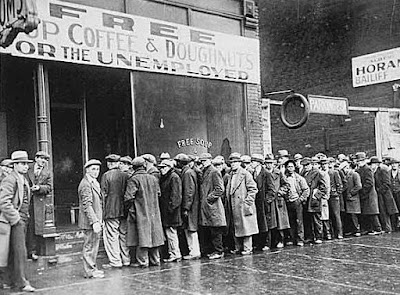 This is going to come as a shock to many local political junkies.  Hoboken's politicos often entertain themselves by acting as an island unto themselves.  Although not a country, nor a state or even a large city in the United States, much of Hoboken's residents are overwhelmed feeling a disconnect with daily work intensity and other life issues.  Hoboken close to so many worlds: fashion, finance, software, publishing, art, etc. is an extension of New York City, and while retaining small town charm is a living organism tied by blood to its past and in the economy of this area, its future.

As this race has gone into overdrive, so has the rhetoric and emotions along with it.  With the pain of severe job losses in our nation beyond what has been seen in decades and unemployment unofficially in double digits, it's not healthy for political battles to be waged as if they exist in a vacuum.  There's New Jersey's vast numbers on unemployment insurance seeing benefits expire and no longer even counted in the official unemployment figures making the divisions and trauma of the former mayor's betrayals this spring seem almost a distant memory in comparison.

Whoever wins the Hoboken's mayor's office will be facing a unique set of circumstances.  No longer a booming economy in a sea of plenty but a future beset with uncertainty.  No one person will be able to effectively face all these challenges and this community will need to come together as the typical political infighting of trying to grab (or hold) as much from the plate as possible is coming to an end and an abrupt one at that.  When the shock of this reality hits, people will be howling and pointing fingers at everyone in sight and of course City Hall will be among those targeted.  It will matter little.  No matter who occupies the desk at the mayor's office, there's going to be a stark reality and all of Hoboken's government will have to face up to it.

Long after you tire of this campaign war: the political mail, commercials and the empty rhetoric crafted by political operatives, the residue of emotion will need to be put to better use.  The problems Hoboken is facing are not small and the gravy train ends with the State, as both New Jersey and Washington face even larger spending problems.  The results of the "stimulus" and its cost: over a trillion dollars with interest, has not stemmed the loss of jobs as promised.  The double whammy of lost jobs and lost revenues for our town as people can no longer afford to pay property taxes is going to erode stability from both ends.  (The whispers of a trial ballon for a second "stimulus" tells you all you need to know about the impact of the first.)

The drop in revenues has been showing in state coffers both in New York and New Jersey quarter over quarter and shows no sign of abating.  Don't overlook the impact this is going to have in real dollars and sense in the messages crafted for your vote on November 3rd.  Let's keep in mind there's a whole life ahead starting November 4th, no matter what any campaign tells you.

It's going to be a most challenging one.