A fairer view of Frank Raia


In the spirit of fairness since the comedic fun of the last piece came at Frank "Pupie" Raia's expense, here's one of his original commercials seen less than some others.  We're almost to the point where the voters will decide the matter.  Thankfully.
Posted by SmartyJones at Sunday, November 01, 2009
A fairer view of Frank Raia
2009-11-01T22:50:00-05:00
SmartyJones
Frank Raia commercial for mayor|
Comments

Pump up the Jam


We thought we were done with this weekend's posts but came across this video and after the second chance sighting decided it might be good for a laugh.  After all many people are talking about their candidate being "the one" against Acting Mayor Dawn Zimmer but what makes this particular matchup of candidates unique is there are folks on both sides saying the race is between their respective opponents.  Confused?  Don't worry, this video will only contribute to more of it.  Enjoy.  We're just shy of one day to the election.  And then it's all over, for at least six candidates and their campaigns.
Posted by SmartyJones at Sunday, November 01, 2009
Pump up the Jam
2009-11-01T22:39:00-05:00
SmartyJones
Pump up the Jam Hoboken election video|
Comments 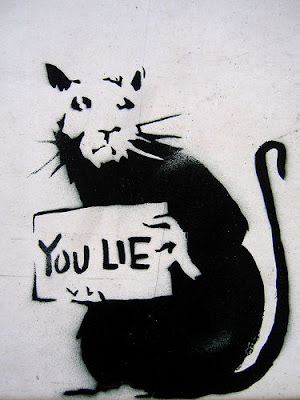 Paying homage to its masters at the Mason Campaign, Hoboken411 is doing its part to keep the lie alive accusing the Acting Mayor of intentionally withholding the budget. Here's the Hoboken411 big lie technique in action just today:


As anyone who is remotely paying attention is aware, Judy Tripodi, the state fiscal monitor appointed by the State to clean up the town's financial problems is now on record in three separate interviews detailing tax decreases and the budget's release this month.  Mile Square View was first to post the good news of the tax decrease and the budget's release.  Our interview and story on Tuesday was followed by the Hudson Reporter on Wednesday with additional details on the tax decrease highlighted by Hoboken Now on Friday.

"This will be the most transparent budget cycle they (Hoboken) have ever had," Ms. Tripodi said on Tuesday.  The news apparently hasn't reached Hoboken411 or the Mason Campaign.  Flyers mailed to voters homes along with commercials continue to tout a coming tax increase "hidden" like the budget by the Acting Mayor.

The Zimmer campaign is now acting on this continued fabrication campaign and distributing flyers highlighting all three of the news stories announcing a tax decrease along with a separate communication that will reach voters before they go to the polls Tuesday.


Correction: As we went to publish we indicated the Zimmer campaign was distributing flyers highlighting all three news stories highlighting Judy Tripodi's recent interviews.  That information was based on an earlier conversation with the campaign.  Although we had attempted to reconfirm same earlier this morning, the campaign confirmed later this afternoon the flyer campaign, but not with all three news stories as previously stated.
We apologize for the error.  - The Editor.
Posted by SmartyJones at Sunday, November 01, 2009
Keep the Lie Alive! - Taxes, Budget
2009-11-01T13:00:00-05:00
SmartyJones
Hoboken411 and Mason Campaign big lie technique|
Comments 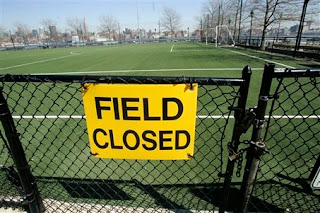 Until further notice the Sinatra Park Soccer Field is closed and along with it, any hope for the fall soccer season, according to a City Hall statement issued on behalf of Acting Mayor Dawn Zimmer Friday.

The repair's cost now estimated to be in the millions range will require funding efforts pursued at the county, state and federal levels.  The City is looking at those options along with a combination of private and public revenues.  In the mayoral debate hosted by the Jersey Journal, Acting Mayor Dawn Zimmer indicated the required maintenance on the park and the underlying decay caused by shipworms goes back to 1995 and is documented in city records.  The video of those remarks along with how the other candidates would address revenue requirements to address the damage can be seen here.

The Acting Mayor has indicated on several occasions that structural and design problems  have contributed to the current problems closing the use of the park several weeks back.

The complete statement from City Hall follows at the jump.