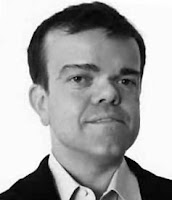 Tony Soares, the former City Councilman who has been mentioned as a potential candidate for the 4th ward appointment offered this as a guest piece. He makes an interesting offer of service for the interim period before the next election.  If any other potential candidate wishes to make a submission, the same courtesy would be extended.

Many people have emailed me, called me or stopped me in the streets this week to express their support for the appointment to the 4th Ward City Council Seat currently sitting vacant.

All of the prospective names out there are outstanding citizens and are worth considering. I would like to offer some insight as to who I am and what I have done since landing here in 1991.

Also I am not looking to run in 2010, I think that would be a major distraction for a councilperson who really needs to focus on working for the citizens rather than my own re-election efforts.

Here are some responses that I have submitted to various council members and  media outlets regarding my unique proposal not to run in 2010.

… “I believe I am the only candidate offering not to run in 2010 so I can focus  on my duties as a council person, rather than cast each vote based on how it will effect the outcome of the 2010 special race.

By appointing me The Mayor and Council can continue their search for a candidates who can begin campaigning for The permanent seat in Nov 2010 - giving them time to campaign free of an elected officials obligations or taxpayer funded salary.”

"I am willing to serve without running next November so I can do a real job as councilman without the distraction of running for office. Also by not running next year I will be casting votes to benefit Hoboken, not my electability "

"When one is in fear of being elected, their votes are often more about them, than the citizens. Back in 2005 Carol Marsh and I warned people that this financial mess would come. it has and I know how to help resolve it without the concerns of my electability "

I hope the city council asks me to join them as I know that I can offer them 6 years of previous experience, historical knowledge, planning experience, parks and open space advocacy, tax payer focused budgeting   and an unwavering dedication to deploying the reform government detailed in Mayor Zimmer's platform."

Below are some highlights of my public life here in Hoboken: 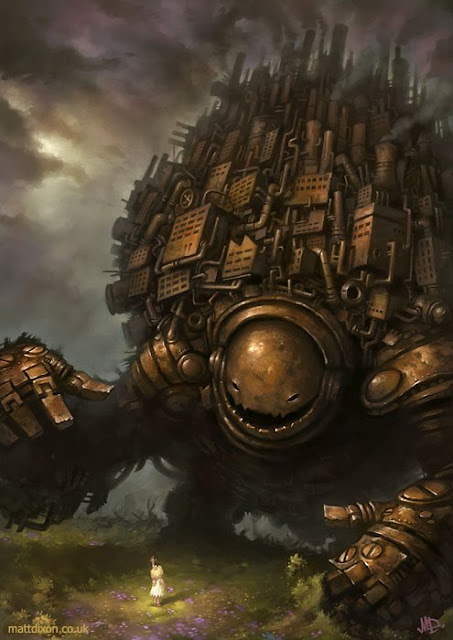 Next year it looks like Hoboken will have a special election for the 4th ward.  Dependent on a candidate's appointment in the temporary role in the 30 days since Mayor Zimmer's swearing in last Friday, that election will be held in November 2010.

The November 2010 election will be interesting. Nothing else of note will be on the ballot and it will be the machine's first opportunity to get back some of what its lost. I hope whoever gets the seat comes loaded for bear, because the money spent by the machine to regain that seat might make Mason look like a piker!

Well good reader you have no idea how right you are and we'll be updating on just that.  Da Machine is already looking ahead gleefully to take on whoever holds that seat as a way to knock down Dawn Zimmer's potential fifth vote on the City Council coalition she's recently held.  Those foreign forces know exactly who their preferred choice(s) are to face down and defeat.  Some of you are going to be surprised.  Unlike some posters, who look on the list with neutral certainty, they do not view the five candidates equally.  And frankly, experience is NOT a plus.

We'll be posting on that and another piece on the hospital.  Call it the rise of "da machine" series.  Because my friends, that's exactly what it is.

Update:  A reader sent an email saying the election is not really a "one off" as originally described.  We updated to reflect that accuracy.

Posted by SmartyJones at Friday, November 13, 2009

The Hoboken Police Department announced the apprehension of three suspects involved in the recent string of armed robberies this past week in town.  They are: Travis P. Reilly, 18, of Edgewater, John Patrick Prins, 25, of Hoboken, and a 17-year-old juvenile from Edgewater.

Mayor Dawn Zimmer, clearly pleased by the quick apprehension of the alleged suspects stated, “Every suspect involved in these interrelated robberies was quickly arrested.  I want to thank all the officers involved for their outstanding action to protect our community. In addition, I want to thank Chief Falco and all of our public safety workers for keeping Hoboken safe every day.”

Here's more details from the Office of Public Affairs:

“Every suspect involved in these interrelated robberies was quickly arrested,” Hoboken Mayor Dawn Zimmer said. “I want to thank all the officers involved for their outstanding action to protect our community. In addition, I want to thank Chief Falco and all of our public safety workers for keeping Hoboken safe every day.”

Officers Bernardo Munoz and John Cirillo arrested the juvenile suspect involved in the recent crimes that occurred on 7th St., Grand St. between 11th and 12th streets and 8th St. Prins was apprehended by Officers Nicholas Burke and Vito Gigante, of the Anti-Crime Unit. Reilly was arrested separately without incident.

The police investigation was aided by video surveillance, according to Detective Lieutenant Mark Competello, which included video footage of a robbery and a subsequent video of two suspects using a victim’s credit card at a 14th St. convenience/gas station. A joint follow-up investigation headed by Sergeant Gino Jacobelli, of the Anti-Crime Unit and Detective Sergeant Edwin Pantoja, of the Detective Bureau resulted in the recovery of the handgun used in the robberies.

The swift arrests of these three individuals, and the recovery of the handgun used, were the result of “exceptional police work,” according to Hoboken Police Chief Anthony Falco, Sr. “These three suspects were apprehended as a result of our officers’ tireless work, and textbook investigative methods employed by all police personnel involved.”

It is important to note, as with all cases, these three individuals are entitled to the presumption of innocence and their right to a fair and speedy judicial process.

Related: The Hudson Reporter has the story posted with additional details.

The NY Daily News has a story on Mayor Dawn Zimmer and her open call for resumes. Well just what Hobokenites needed, more "newcomers" from across the river.  Just kidding.


Okay, well now that the big "foreign" media has had its shot, maybe the local folk can get a chance. 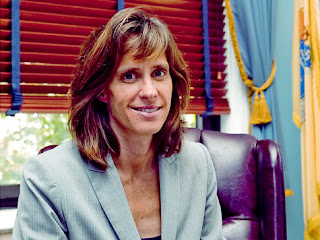 Here's the details for the public ceremony, just out to the media:

Join Mayor Dawn Zimmer as she is publicly sworn in as the 38th Mayor of Hoboken.  Hear from community members and distinguished speakers as we celebrate Mayor Zimmer taking office.  Reception to follow in Columbus Park (9th and Clinton).

Seating is limited and on a first come basis.

Posted by SmartyJones at Friday, November 13, 2009 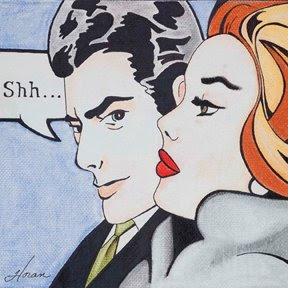 It's been a full week since the election and we allowed the dust to settle so folks can better appreciate the glory and the splendor of our final mayoral race for the year. (Yes that's a joke.)   Let's take a look at our handicap and see how Da Horsey performed.  Astute readers saw our odds sheet and could determine it was also a list of the finishers in reverse order.  As we called it: Everton Wilson, Patricia Waiters, Nathan Brinkman, Kim Glatt, Beth Mason, Frank Raia and Dawn Zimmer.  We had it almost dead perfect if you inverse Raia and Mason who were within a clear length of each other.  Da Horsey will confess to making one mistake.  Privately, we told someone we didn't expect Mason would get over 20% of the vote.  She managed to exceed it by a length.
Okay on to the next personal political issue: who will replace Dawn Zimmer on the City Council in the 4th Ward?  As we understand it, the City Council will vote on a candidate in the next 30 days to determine who holds the appointment for the next year followed with an election in November 2010.  Should no appointment occur a special election would be scheduled some time in February.  In a 4-4 deadlock on the council, a deciding vote is made by the Mayor.  If that's the case, Mayor Dawn Zimmer will be even more influential in the final choice.


Here are the names in alphabetical order of the five candidates whispered in our ear:
Frances Jennings - contributor to the successful Kids First coalition, Moms for Change
Michael Lenz - former Hoboken Chief Financial Officer, election advisor
Rami Pinchevsky - open space advocate - Save Park 11
Tony Soares - former Hoboken City Councilman
Jake Stuiver - 4th Ward/Hoboken community activist, Hoboken Housing Authority Representative
Other than the criteria we set below, we have no endorsement. Our barn is not located in the 4th Ward anyway. We leave it to the readers and residents of the 4th Ward to consider who would be best.  After all, the Mayor did ask for you to stay involved.  You don't need a horse to do that on your behalf do you?  Nevertheless, here's our criteria, cognizant of the internal workings we are not privy to but we have a singular one, as always:
All Hoboken, by Hoboken, for Hoboken - no external powers/bosses shall reign over our land.  Call us naive, we don't care.  Da Horsey also believes in love and organic carrots.  The rest in no specific order:
If we missed anyone, we certainly apologize.  Just let us know and we'll toss you on the barbie too.  (We have reason to believe we nailed it.)  This is one important appointment and will be critical to advancing the agenda of Mayor Zimmer as a fifth vote on the City Council.  Horses, please take your starting gates. We hope the winner is a pleasant surprise.


The next City Council meeting this may come up is Monday.  There also is a possibility a special meeting will be called to address the appointment.  We'll let folks know and keep a lookout at the City Hall City Council website for agenda details.


Got a juicy carrot for Da Horsey.  Let us know: smartyjones@me.com. And btw, if everyone is good, we won't have to lock this thread.  Should you post, please include a verifiable email address, one name per user and remember, we don't have a vote on this, the City Council does.


Related: The Hudson Reporter has more background on most of the potential 4th ward candidate appointments.


UPDATED:  This post has been moved up to spare Hoboken citizens and the cast of characters the rigors of having to scroll down to post on this story.  Thank you and have a nice weekend.  The Editor
Posted by SmartyJones at Friday, November 13, 2009
Election Post Mortem & 4th Ward "Grist for the Mill"
2009-11-13T10:25:00-05:00
SmartyJones
2009 mayoral election recap|4th Ward appointment|
Comments