One thing have I desired of the LORD, that will I seek after; that I may dwell in the house of the LORD all the days of my life, to behold the beauty of the LORD, and to enquire in his temple.  For in the time of trouble he shall hide me in his pavilion: in the secret of his tabernacle shall he hide me; he shall set me up upon a rock.

A Day of Thanks 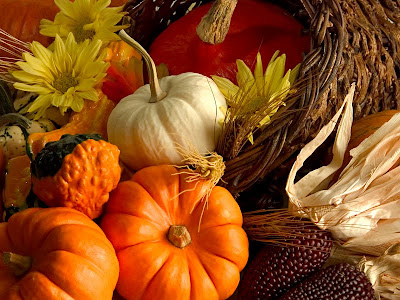 On this day, Mile Square View offers thanks:


For the people of Hoboken who have never surrendered to the culture of corruption, neither excusing nor making accommodation over years and for some, decades.


To Eric Kurta, the Wilest E. Coyote any town is lucky enough to have and who encouraged "the experiment" by approaching after an event saying, "I have the answer to your question."

For Jimmy the K for being both a great friend and the sounding board and truest reflection of Hoboken.  If he's laughing when we talk over the newest posted piece, we know it hit the bullseye.

For the Jolly Green Vegetable at the Hoboken Journal, who has been gracious and helpful from the beginning.


For the good folks at Hoboken Revolt, especially Richard Pasquarelli who inspired us at the City Hall protest and at their site honoring free speech when less than a handful of voices complained and far far more were encouraging and reading.  Hat tip: InfotainMe


For Katie Scarlett who got Da Horsey off of the international policy wonk fix and propelled us to get up to speed locally.


For all the people who understand a pony can be a functional silo and information never ever gets out.  You make a fine "Grist for the Mill."


For the Grafix Avenger for giving MSV laughter and material even without ever meeting or speaking.


For the looks of surprise when we come out of the barn and someone learns we are that talking horse.


For my best friend Tracy who continually annoyed with his interloper mentality and called this effort "a hobby."


For all the readers who would email and share thoughts as if we were the oldest and best of friends especially the Bank Robber.  Rock!


For Amy Sara Clark and the Jersey Journal for the peer acceptance and gracious words.


For Timothy J. Carroll and the Hudson Reporter who showered the site with overwhelming hospitality when we made a small, we thought "anonymous" request.

For the candidates in the mayoral election who thanked MSV for the effort and all the candidates - who never complained or begged for mercy. Not even once.  Respeck!

For Sam Briggs, who never failed to work every possible angle at every possible opportunity. Still you couldn't help but be entertained and admire his effort and consistency.

For Judy Tripodi for obviously reading and trusting we would get the facts out.

For all the people who admit they read MSV when meeting and crack a bemused smile and have been so warm and kind.

For all the great folks we can't even mention for fear of their reputation being ruined that they might know or like Da Horsey.

For all the readers who we'll probably never meet but keep coming back.


For the sacrifice of all Americans especially those who serve and their families on behalf of our nation.

For the Contemptuous Prince who inadvertently launched MSV and got us to stand up and say "No!"

For those knowing eyes staring right through to the soul.

Da Horsey lives for this.