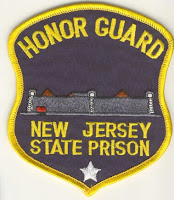 With thanks to Ed Mecka, here's the indictment:

And the Council that "didn't"

From the NJ.com Hoboken Forum, an interesting post by FactChecker of City Council discussions on the million dollar coin swindle.  These are the original comments as compiled in the original story by the Wile E. Coyote, Eric Kurta:


Councilman Michael Russo: “Mr. England, I have one, uh, one other revenue source that, uh, has been called into question and - and some of my Council colleagues might know about it, some of them might not. Uh, it looks to, looks to me like there’s a million dollars missing in revenue from our collection in parking meters. This correct?”
Richard England, Business Administrator: “Umm…I don’t know at this point, Councilman.”
Russo: “I think we really need to look into it, uh, I don’t know if it was just not paid to us, I don’t know if it’s actually missing, I don’t know if there was a miscalculation, I have no idea what the circumstances are…”
Council President Theresa Castellano: “Needs to be looked into…”
Russo: “…but it’s my understanding that there, there’s something going on with that revenue stream. If we could get, uh, a look at it and find out so that you can report back to this council.”
England: “Let me check it out and I’ll get back to you as soon as I have an answer.”

Councilwoman Terry Labruno: “I actually want an answer - Mr. Corea can you answer that question about the million dollars that was alluded to at the last – at the last council meeting, about a million dollars being missing from meters?”
Parking Utility Director John Corea: “Yes, uh, uh, I believe that was, uh, talking about the parking, uh, the meter collections. We did an internal audit once we heard that and our internal audit has been complete and it shows a difference of thirty-four dollars and sixty-one cents. It is now being audited by an outside firm to be confirmed, uh, but we don’t see a problem as of right now.”
Russo: “And for the record, uh, that was an error in my calculation, so – when I asked the question, it was actually an error in my calculations when I was doing my own due diligence when it came to the budget, uh, so it was just a question and we clarified it…I was wrong.”

Hoboken Resident Maurice “Mo” Degenarro: “Is there a million dollars missing or isn’t there – was it a mistake – did they find it, or what? On the parking.”
Castellano: “Councilman Russo.”
Russo: “Thank you, Council President. Mo, the - the reason why I thought there was money missing was because I was going on past year’s, uh, anticipated revenues from the Parking Utility from the meters. Uh, it turned out that the meters did not generate as much money as they did in years past, so it was my mistake to think that that money was there when in fact it was not. That was the situation.”
Castellano: “It’s been cleared up.”

The Man Who Knew

Not only does Hoboken411 play fast and loose with the basic decency of the online world, he'll even change the past authorship ON HIS OWN SITE. 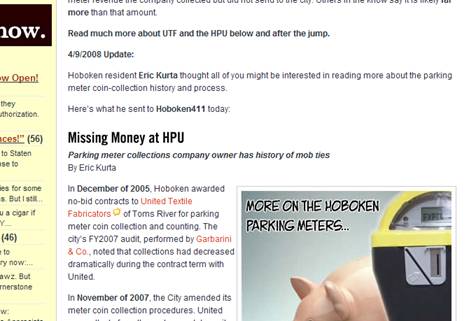 Statement on the Coin Scandal 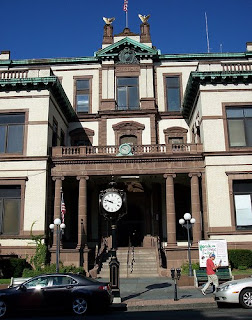 
Mayor Zimmer today commended the New Jersey Attorney General's office on the successful prosecution of the President of United Textile Fabricators, Brian Petaccio, and the indictment of former Hoboken Parking Utility official John Corea for the theft of hundreds of thousands of dollars in Parking Utility revenue.

"Today's action is the culmination of a long investigation in which the City worked closely with law enforcement every step of the way," said   Mayor Dawn Zimmer.  "While this is not a day for celebration, I do feel this is a step in the right direction towards restoring the public trust in Hoboken government."

Mayor Zimmer also noted that while Mr. Petaccio's plea agreement provides for $300,000 in restitution to the City, there are still additional funds yet to be recovered.  "We intend to do everything in our power to seek the return of every single missing quarter," said Mayor Zimmer.

Boom, there it is!

Another brick in the Hoboken culture of corruption has just fallen and this time it's former Parking Utility Director John Corea.  As reported in the Jersey Journal, he's being cast as a conspirator in stealing the coins from the parking meters.  From the Office of the Attorney General:


FORMER DIRECTOR OF HOBOKEN PARKING UTILITY CHARGED WITH CONSPIRING WITH CONTRACTOR TO STEAL MORE THAN $600,000 IN PARKING METER FUNDS FROM CITY OF HOBOKEN Contractor from Toms River pleaded guilty to stealing more than $1.1 million

A reader, AnonymousFan tipped us off Jerry Carter is now retaining Joseph Hayden, the same lawyer as Peter Cammarano as reported in the Hudson Reporter. 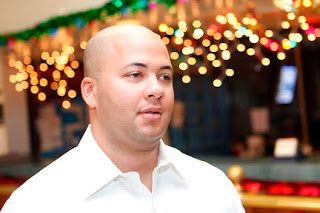 11:35 AM
The lady employee/victim in the Jerry Carter alleged kidnapping case is feeling her oats.  She's looking for two weeks pay from Jerry Carter and also unspecified damages.  Carter's attorney states he hasn't been served or some such non-denial denial.  This is only the beginning.  Some legal beagle found the lady and you can be sure this will have legs.  If Carter takes a hit on any of the kidnap and harassment charges, he'll be soon facing a very large civil suit from this woman.

And then he'll rue the day as she alleges, how he made her stay in a bath tub for hours.


Thing about karma is it isn't entirely without a sense of humor.  And sooner or later, no one is getting away, with anything.  The universe is always watching, always listening.  It's far larger than human comprehension especially what's unseen.  Anyone who thinks this blue marble is going unmonitored is just kidding themselves.  Jerry Carter, we enshrine you into the new membership of consciousness and in the famous words of Jim Morrison, "No one gets out alive."


Amy Sara Clark has the less than esoteric other worldly details at Hoboken Now.  Chow down.

Oct2009HUMCfinancials
Here are the complete financials provided by the Hoboken University Medical Center for October 2009.  The next meeting will be taking place this Wednesday at 7:00 in the rear at Assumption Hall on the main floor of the hospital.  Unfortunately, this is the same time as the City Council meeting.  We'll figure it out.


Planning on getting the November financials up after this meeting next week and also some additional information after the Wednesday evening meeting.
Posted by SmartyJones at Friday, December 11, 2009
Hoboken Univ. Medical Center- October Financials
2009-12-11T16:13:00-05:00
SmartyJones
Hoboken hospital|HUMC|October 2009 Financials|
Comments

Word on the street is the Tigger count is now moving along swimmingly into double digits. We hate to be a gossip monger, we have strict guidelines for the "Grist for the Mill" series but if the jolly green vegetable is going to run in that MTV NJ sandbox, we have to retaliate.


Da Horsey is getting fitted for a wedding band just above the hoof.  Why should married guys have all the fun?  It's not right and it's not fair. If you have any comments on said matter consider this open season.  Maybe you have an idea on how Tiger can rebrand himself.  We hear going with Cheetah might be the pick.

Amy Sara Clark just updated this story at Hoboken Now and it turns out this driver who crashed into the building at 8th and Bloomfield got hit from behind.  See her story on the surprising details of who and how. 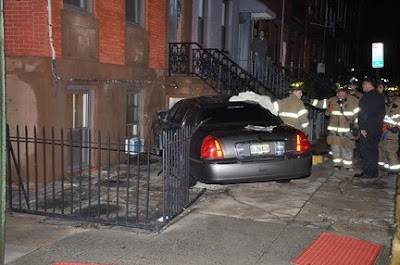 A vehicle jumped the curb and crashed through a house fence at 8th and Bloomfield late last night at around 11:00.  Both the driver and passenger required treatment.  More photos at Hoboken Now.