Taking a shot at the Swine Flu - Saturday, the 19th

That Wiley E Coyote, Eric Kurta assaulted MSV with a bountiful group of documents for the 2010 introductory budget.  We've gone ahead and posted the link above for the energetic among you.  We'll be back soon with some online viewing options as well for a select group.
Big thanks to Eric who keeps dropping the hammer on behalf of Hoboken's citizens.
Introduced Budget 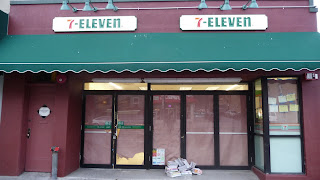 Earlier today, the tell tale signs of an imminent opening told the story with a stack of magazines laying at the front door.  Later, we saw the lights on and went inside and asked if MSV could take some shots.  The manager present said he's not the franchise owner but worked for the corporation.  He said if everything goes right, they'll be open for business tomorrow.  We welcomed them to the neighborhood and wished them success.  And yes, as you can see below in the video, the slurpee machine is also up and ready to rock.  Lots of freshly made sandwiches and breakfast food, it should be a good location for folks looking to grab coffee or food on the run coming or going.

What's next on the culture of corruption hit list?


When you've been around the block a few times, your eyes are opened to the ways of the world and yet a small minority will stay true and steadfast in seeking the grail.  Our friend the Wile E. Coyote is certainly part of that select club in Hoboken that never wavered and never yielded to the culture of corruption.  Here's a tribute video we're posting, a salute to what has passed and what lies ahead.


As the state fiscal monitor, Judy Tripodi and her team are rounding out their mission to set the town's finances on the path to competence and sanity, the Mayor's office and City Council are now charged with taking the next steps in pushing the envelope.  In the now famous words of City Council President Peter Cunningham on the Parking Utility swindle, "For God's sake, there's money going out the back door."  Now we can begin to plough ahead and execute on these matters uncovered in the million dollar coin swindle and beyond.  We know there's more and we're calling for  the most dreaded words in the English language to the old guard: Forensic Accounting.


Here's a report some may have missed issued by the state detailing how New Jersey and its local municipalities dug the hole deeper.  Just in case you missed it:
The Beat Goes On 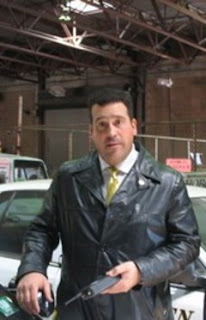 An officer was injured in a tussle with a drug suspect at 5th and Jackson St. late Saturday while conducting a sweep through the building with both he and the suspect at times airborne over the three floor struggle in the stairwell.

Sgt. Roy Haack, a 16 year veteran of the Hoboken Police force along with the suspect were taken to Hoboken University Medical Center.  While being attended for cuts and bruises, Mayor Zimmer paid a visit. Detective Vince Lombardi, Hoboken Police Benevolent Association President is quoted by the Jersey Journal on the actions of the officer, "Roy got his man" and of the Mayor, "In all my years, this is the first time a Hoboken mayor has come to the hospital" to check on an injured officer, adding, "It was appreciated."


Correction: Amy Sara Clark is reporting Mayor Zimmer may not have been the first mayor to do so.  We'll await the results and try to get an answer on this one too.  In the interim we'll just go with her being the best mayor to visit an injured police officer.  It appears Mr. Lombardi is a detective, not a Sgt. on the force.  We apologize for the error.