Going Green for the Green

We heard of going green but usually it comes with a cost, as in a cost to the taxpayers, not the other way around. City Hall made the following announcement:
Direct Install Program Release2
Posted by SmartyJones at Friday, December 18, 2009
Going Green for the Green
2009-12-18T09:44:00-05:00
SmartyJones
City of Hoboken|Going Green|Savings through Green Program|
Comments 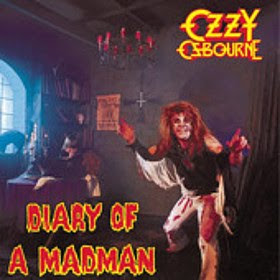 In yet another sad display of self-destruction, or at least the most public we've seen in a long time, Hoboken411 is making public threats to the town of Hoboken and its employees for, well there's no other way to put it: ignoring him.


He's more upset than Glenn Close in "Fatal Attraction."  And he's not going to be ignored.  Or he'll huff, and he'll puff and not follow doctor's orders and take his mood medication.  In this case, the medicine he can't take is that the City of Hoboken no longer will tolerate his missing anger management classes.  The word on the street is that his monotonous and sad hatred of all things in the new administration put him over the edge and he can't conduct himself with even the barest thread of decency.  (A reader also said he called one fine Councilman a terrorist for a disagreement with the Corporation Counsel.)


Yup, he's a victim.  And he's going to get you.  Check out the latest rantings of a madman during the last City Council meeting.  Hey, Klepto-Klaussen, Ozzy Osbourne called and he wants his "Diary of a Madman" back.  With this threat to the City and its employees, can attacks on private citizens be far off?

Guest of the stable: Phil Cohen

I am a 23-year resident of Hoboken.  I have been active in Hoboken's civic life and its community affairs.  I served as the Chair of the Board of Trustees of Stevens Cooperative School, and served on Stevens Cooperative School's Board of Trustees for four years.  I am a Vice Chair of the Hoboken Democratic Party, and am the elected Democratic Committeeman for the Fifth Ward Third District.  I also serve as the Chair of the By-Laws Committee of the Hoboken Democratic Party. On the By-Laws Committee, I worked with my colleagues on the Democratic Committee for two years drafting, and ultimately, unanimously passing, the first set of by-laws in the history of the Hoboken Democratic Party.  Our By-Laws have since been recognized by the Citizens' Campaign organization as a model for transparency and good government that Citizens' Campaign now uses as a model for other New Jersey communities, such as Highland Park.  I also serve on the Board of Trustees of the United Synagogue of Hoboken.

I am an attorney, and a partner in a New York law firm, specializing in litigation. I have been a practicing attorney for 20 years.  While I am not a zoning or land use attorney, as someone who is comfortable in hearings before court reporters, I hope to use my skills to make a clear and objective record for each application to the Zoning Board.  As a Zoning Board Commissioner, I want to make all parties who have business before the Zoning Board feel that they are treated with respect and courtesy, whether that person is an applicant or an objector.  I will be open-minded and consider each application on its merit, and will apply the law consistently to determine whether it is appropriate and in the best interests of the community to grant or deny a proposed variance.  I appreciate the support of the members of the City Council and look forward to serving the people of Hoboken.

Talking Ed Note:  Phil was named as an alternate to the Hoboken Zoning Board at the City Council meeting last Wednesday night.  He's also been a prominent member in the reform movement having supported both the efforts of Councilwoman Beth Mason and Mayor Dawn Zimmer and each of their candidacies for City Hall in the spring and fall respectively.