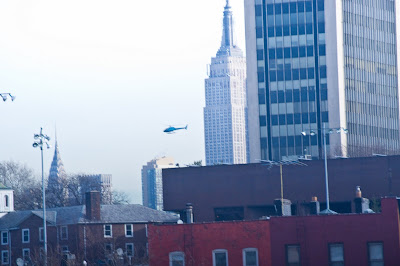 Since the weekend, Hoboken has been an idyllic if not a winter wonderland with a pace slowing down toward the turn of the year.  The "isolated event" in Detroit on Christmas however has inspired a sudden desire though for folks to go out and ride helicopters over town.  It's been a continuous drone of copters going up and down parallel along the river.  Here's a picture taken just minutes ago.  The sound of their passing is almost continuous today.  Can't say what has brought on this rash of helicopter riding over Hoboken but someone should tell them one isolated extremist doesn't warrant all those carbon emissions.  More copter photos below all taken within minutes of each other.  These are not the only ones, just some of them.

What is it exactly they are looking for?  Can you really see an Islamic terrorist from up there? Oops I said the naughty words.  Not to worry, you'll never hear those words from the folks running the government.  Apparently, they have been tossed out along with enemy combatant. 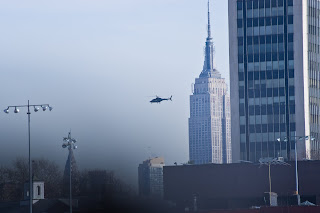 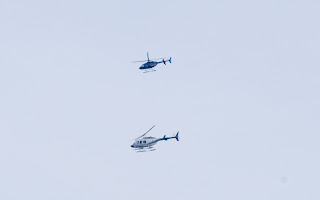 Here's another photo taken with a bunch of others.  This one made a turn overhead then went over toward the river before assuming its position in line with the others. 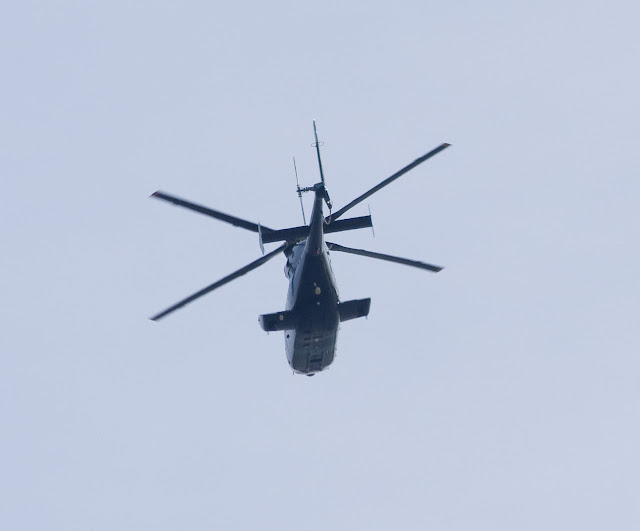 Update: 3:20 Will they call it a day at sundown?  This one and others are on the job. 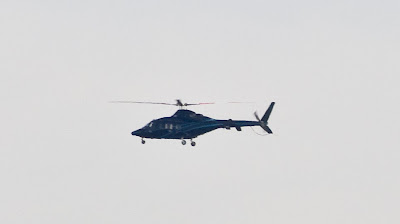 How this little guy managed to snag this treat in the frozen winter is a question.  Just flew up this morning perhaps to show off. Breakfast is served. 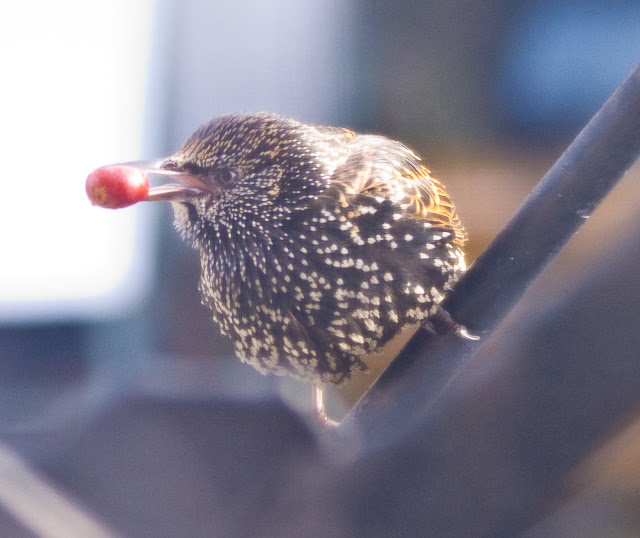