Walking around Hoboken, it's hardly unusual to see a Yankee or Mets hat or t-shirt but it's also not unusual to run into Boston Red Sox or Philadelphia Phillies fans.  The Phillies were just in New York to play a three game set.  Since their appearance in the World Series last year and the Mets trials and tribulations of late, the expectations were for more local disappointment.

But that didn't happen.  For the first time since 1969, the Mets shut out a foe for three straight games.  The Phillies, uh the Phlops were devastated even with holding first place.

So as we kick off the unofficial start of summer here in Hoboken with many folks taking off to the Jersey shore and points beyond, there's already an 18 mile traffic jam in Bon Jovi country of Sayreville and Tinton Falls on the Garden State Parkway. 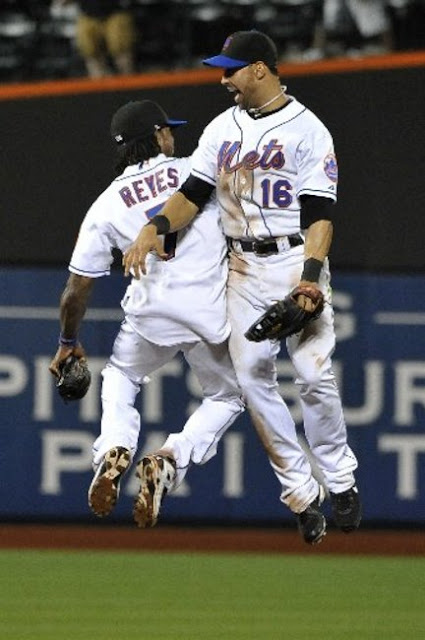 NY Mets Jose Reyes and Angel Pagan do a midair celebration after sweeping the NL Champs Philadelphia Phillies last night.  The three game set held the Philly Phlops scoreless for all three games, a feat the Mighty Petz had not accomplished since 1969.
The NY Yankees may be defending champions but the Mets now can look back to their glory days of the 1969 Championship and ask what if?  In the meantime, enjoy the holiday weekend Hoboken and don't forget to kick back and enjoy America's favorite pastime and watch the NY Mets, they'll make great pets. 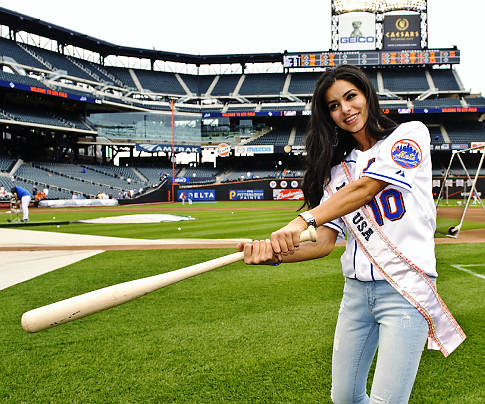 Miss USA dons the Mets shirt and takes a swing for the team.