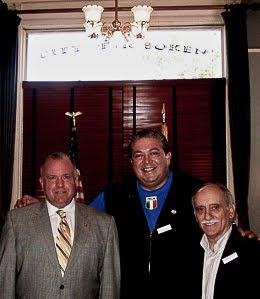 Alex Corrado, former Hoboken resident and member of the Hoboken Zoning Board announced his resignation in a letter to the mayor at City Hall Tuesday. Corrado's rumored departure from a family residence on Hudson St. earlier this year came way of a former senior government official and neighbor that he had not been in Hoboken for quite some time.  Before New Year's, MSV repeatedly contacted Mr. Corrado to inquire on his residency in Hoboken and his intentions regarding his seat on the zoning board but there was no reply to multiple phone messages to his mobile, Morganville, NJ family home and email.


Corrado reportedly a friend of John Corea, the former Parking Utility Director recently indicted for embezzling over $500,000 in parking meter coins, was appointed by former Mayor Dave Roberts to a four year term just a year ago last January.  Mr. Corrado offered one of the votes in a failing effort in support of the infamous Louis Picardi zoning case last April.  Mr. Picardi's house had been illegally expanded from three to five apartments without the appropriate city agency approvals.  Complaints about the expansion complete with an additional floor constructed led to the Zoning Board's rejection of a waiver when the required five votes for passage failed.


Alex Corrado's departure results in an yet an additional opening on the Hoboken Zoning Board after two had just been filled December 16th.


Talking Ed Note:  Alex Corrado, an actor who worked in the Sopranos and appeared along with fellow Hobokenite Artie Lange in "Beer League" leaves Hoboken's culture of corruption on a respirator if not whacked out entirely.  (Artie Lange himself has been hospitalized around New Year's as reported in Hoboken Now.)  Hoboken's government is moving into the 21st century, let the tears commence for the "good old days."  You may be able to gin up a cryfest over at a certain Association in town.  The times be a changing.

Year of the Tiger

Since the United States is now practically a subsidiary of the Chicoms, it's only fitting that we recognize the Chinese calendar.  Perhaps if we adopt it, they will continue to buy the US record selling debt via US Treasuries.  Or maybe not.  Well when you are about to create a run on your currency, anything is worth a try.  If that doesn't work, how about going back and bowing?  Has to get the US more than the pat on the back from the last visit.


Here's one general summary.  One way or another it will be a big one for Da Horsey.


General Predictions for the Year of the Tiger
The year of the Tiger is traditionally associated with massive changes and social upheaval. Therefore, 2010 is very likely to be a volatile one both on the world scene, as well as on a personal level. Tigers who thrive on chance and unpredictabilty are best suited to navigating the many upheavals predicted in the year ahead. Those compatible with the Tiger — the Dragon and the Horse in particular — may also find 2010's erratic circumstances inspiring them to ever bolder action, and ultimate success.  Those born under other signs will suffer, by degree, depending on how flexible they are to change. Those who can keep a steady hand on the helm may be shaken, but undeterred by the typically thunderous events foreseen in any Tiger year.

Breaking: We have assumed control. 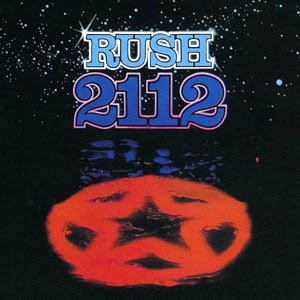 In an early sign of a new day taking form in 2010, the Hoboken Planning Board has been reshaped with the reform movement assuming majority control.  The nine member group now includes the following reform members:
Ann Graham - Chairperson of Planning Board
Keith Furman - elected Vice Chair
Brandy Forbes - Class II Member (appointee by the mayor) and current Director of Community Development
Councilman Dave Mellow
Demetri Sarantitis - a new mayoral designee, and architect of the buildings on Pier A Park.

Update 10:50 - In the regularly scheduled monthly Tuesday meeting of the Planning Board, two major changes made waves: Hank Forest had resigned with his term expiring at the end of the year but the biggest news was the surprise resignation of long time member, Thomas Mooney.  Mr. Mooney who had been ill of late decided to submit his resignation to Mayor Zimmer earlier Tuesday and was the longest serving member of a Planning Board in the State of New Jersey.  (Confirmation shortly on the actual length but there is also discussion of a proclamation honoring his length of service to Hoboken.)


That bombshell led to the surprising opening paving the way for Keith Furman, a strong supporter of the mayor's reform agenda to be named for the open position.  Mr. Furman in an interview with MSV stated he had been an applicant in the mix of candidates for the role late last month for a potential opening.


Late this afternoon, the Mayor's office made the official decision and Keith Furman was named as a replacement for Thomas Mooney.  Later at the meeting, he was voted Vice Chair after Ann Graham became the official Chairperson in a 6-3 vote.  Voting for Ann Graham: Councilman David Mellow, Keith Furman, Jeff Barnes, an alternate for Joyce Tyrell,  Ann Graham, and Dmitri Sarantitis (also named to a four year term by the Mayor).  Voting no: Perry Belfiore, Elizabeth Falco, and Nick De Trizio.


Looking ahead to the future of what's in store, Vice Chair Furman said, "First, I am honored to be coming in as a replacement for Thomas Mooney after his long time service to Hoboken... I think it's a positive impact for Hoboken.  It's people who care a lot about the community that share a balanced view on projects and development.  The biggest thing, it brings fresh blood to the board."


On the often discussed Master Plan, Keith added, "There will be a re-examination of the Master Plan... You need to revisit it.  Not to recreate it but it's time to update it and make sure it's consistent and make sure you apply the best of the City Council, the Planning Board and also the Zoning Board."


Based on the vote for Chairperson, it's thought that Jeff Barnes, originally nominated by former Mayor Dave Roberts may continue to work closely with the new reform coalition.


The full Planning Board membership and their terms can be found at the City Hall website here.


Talking Ed Note:  Congratulations to the newly named members of the Planning Board.  MSV would also like to extend best wishes to Mr. Thomas Mooney for his service and godspeed on his recovery.  In the words of the old rock group Rush from their classic rock album 2112, "All members of the federation... We have assumed control... We have assumed control."


Unrelated: The Jersey Journal is reporting that Jack Shaw the consultant in the center of the New Jersey corruption scandal last June who mysteriously died last summer was due to a valium overdose.


Correction: There is no formal resignation process required as mentioned in the completion of Hank Forest's term.  MSV apologizes for the error. 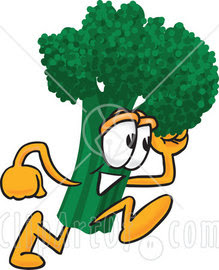 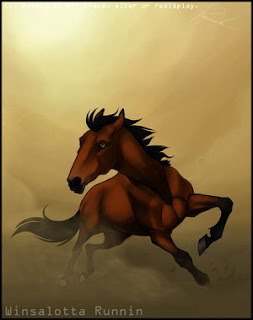 There was a time in the not so distant past when there was not a bad website in town where all the creatures of the land would come to dwell and share thoughts and watch the comings and goings of store openings, closings and pipe bursts.  Then it declared itself the political kingmaker of the castle, announced a new queen and went on its merry way sinking into a mire of self-destruction, massive censorship and paranoia.


Along came one disenchanted guest, a big jolly green vegetable who danced to the song of Howard "The Scream" Dean, fell in love with the cob, added butter and began to dance to the song of a new queen who also was rumored to be a descendant of the fifth Beatle.


Now just days into the the year 2010, and with the tale of new pancakes stacked in hand with untold brave new readership, the vegetable has come under cowardly attack.  Who would do such a thing?


Well there's been a lot of activity between the blogs in Hoboken over the second half of the year.  But there's still only one full time operation and it's run by the hobo over at Hoboken411.  Having tasted a modicum of success to keep the doors open, the political hand was played quite badly annoying far too many guests including our gallant vegetable who set off upon the land to grow his own crop.  Springing a few kernels and germinating some good seed, it became a refuge for many escapees from the Hoboken411 asylum, either by choice or by mass ejection.


Things went along swimmingly for a while, the green vegetable signed up for double duty pounding out story after story on local events and political shenanigans and in the process became a significant voice in the never ending 2009 election scene.  Well at least for the eventual winning team after a couple of tosses and turns of the Camma-RAT-0 salad bowl.


So here we are not a week into the new year and one bitter minion is already up to no good.  Or would it in fact be a bad flame bacardi induced hangover?  Who's to say?  Well, the coppers, that's who.  Oh, the anonymity of a Craigslist may serve as a respite (for all of a day or two) and Yahoo and Gmail may buy you a week but in the end it's curtains for you Hobotown.


We can scarcely await the developments at Hoboken Police Plaza.  Sleep well minions of Hoboken411.  They don't let you take your own pillow to the clink.  The loss of readership may be a secondary problem soon enough.


Talking Ed Note: For the New Year we made a resolution on our horse sense and shared it with a couple of readers. We'll be revisiting it with them to see if in fact we hit the nail square on the head.


Update: Jan. 5 - The big green vegetable has gotten with the holiday spirit and accepted the confession of the said prankster.  Someone should tell him it's only the holidays if you are following the old Gregorian calendar.  And much of the world does in fact do so.  To all of you, Merry Christmas!


As for the Cragislister, that perp was gonna get nailed.  Here's one infamous recent case of note.  We've gotten some reader accounts of harassment from a less than stable person calling their place of business.  Knock, knock...who's there?  Open the door and don't take your pillow sucka. Tick tock, tick tock, you'll never know when they are coming, even with the cameras in the hallway.


Update: 6:45 - Our colleague at The Hoboken Journal has noted the end of the matter but the Colonel did his napoleanic level worst to keep it going, taking swipes at the jolly green vegetable all the while and also at Da Horsey along with every other poster.  Horse sense is all too often right and MSV stands by the premonition.  Unequivocally.  Out of respect for the big green vegetable, we'll leave it at that.

Council President Peter Cunningham is making one big final push to ask our citizenry to push back on the lame duck appointments by Gov. Corzine to the NJ Pension Board.  Here's the email addresses (we think phone is even better):

(these folks can block the nominations)


MSV believes phone calls are best and form letters the least effective.  Here is the number to Gov. Corzine's office.  Ask to speak to a governor's aide: (609) 292-6000.