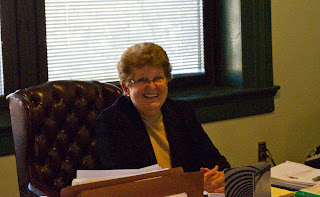 In an exclusive City Hall onsite interview with the Fiscal State Monitor Judy Tripodi earlier today, MSV learned the Hoboken ship is being turned around with a surplus forecast for both 2010 and 2011.  In both a comprehensive and forthcoming discussion, the fiscal state monitor details a wide variety of issues from the efforts to upgrade the state of the financial records at City Hall, to putting Hoboken on the right track, corruption, arbitration misconceptions, knowledge transfers efforts for her inevitable departure and a projected surplus for the town in 2010 and  a larger one for 2011!  Although Ms. Tripodi called last year very difficult and this year challenging, she forecast a bright future for Hoboken with the rudder clearly back on the right track.


In addition, efforts are well underway to get the complete budget online and available asap.  It may be available to the public online as soon as tomorrow.


Update 7:40 - Hoboken Now is reporting after this story posted that the $4.2 million in pension liabilities for previous early retirements (in the Dave Roberts Administration) could wipe out the surplus this year, along with the planned tax decrease if fully accounted for in the current fiscal year. In the discussion today, Ms. Tripodi explained there were several options for the city to handle this issue and she would explore all of them.  Her suggestion was to account for it over several years.  One method would be to apply the underutilized bonding available to the city.  Councilman Mike Lenz is stating the cost to borrow the money would be 8% and the city should not incur the additional cost.


We'll be looking more into how this will develop.  It's clear a decision will need to be made and it's not clear what path will be eventually chosen.


Update 11:15 - Councilman Mike Lenz weighed in on a phone interview earlier detailing his position in the Hoboken Now story.  "We're going to do a lot of bonding for big projects.  In this case there's no benefit to what happened.  It's time we pay that mistake and go forward."  The Councilman pointed out some large looming costs such as the Municipal Garage, Sinatra Field and other infrastructure ahead and potential problems yet unknown.  - The Councilman did ask that the 8% mentioned not be taken as written in stone.


In a written statement, City Council President Peter Cunningham offered, "The practice in New Jersey and nationally is to bond for pension short falls.  NJ did it under Gov. Whitman and she plugged the budget that got things reeling in NJ with its mounting and overwhelming amount of debt to date.  That was without a doubt bonding for operating expenses.  Our case is a bit different.  We approved a retirement plan that was not properly vetted through Trenton.  When Judy got here, she blew the whistle."


Related:  The Hudson Reporter also reported on this issue noting a potential lawsuit from 25 employees who sought the early retirement option as well.

Hoboken411- the muck that produced the mire 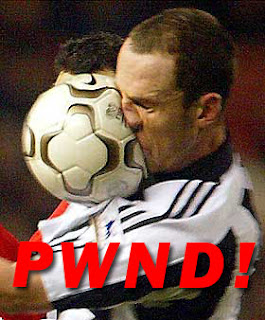 Our colleague at the Hoboken Journal put an end to the woeful Craigslist attacks saga by extending forgiveness to the guilty party.  As our horse sense predicted, a Hoboken411 minion was the guilty party.  Although the jolly green giant is closing the case, we note another Hoboken411 minion took every extreme liberty of free speech to insult, harass and act in the most nasty demeaning way possible.  Of course this wasn't done at Hoboken411, you can't even have polite disagreeable discourse there.  And there's the irony.


Kudos to the big green vegetable for offering a hand of forgiveness.  If the transgressor is lucky, the community will act likewise.  MSV supports the Hoboken Journal wholeheartedly in this act of compassion.  We're not convinced it's useful to have the offender's letter posted but if that's the final end to this sorrowful chapter, so be it.


Now who fostered this spirit of negative antagonism?  Well one look on most any given day at Hoboken411 can answer that for you.  Be careful of electing cannibal kings. They eventually eat their own.