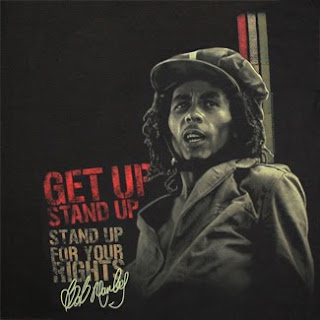 This notification alert to our Hoboken citizenry came by way from our friends at People for Open Government late last night.  In short, this is not much different than an attempt to take away your right to vote.  The outright scam seeks to take away your right to petition government.  What we have here is an outright attack on your fundamental Freedom of Speech rights.

For more on the the five freedoms our Founding Fathers guaranteed in the 1st Amendment, take a quick look here and then please act on your rights to petition government directly by citizen referendum.  Ask yourself if someone permitting you that right once in a decade versus every couple of years is an attack on your freedom?  And act accordingly!

Last, MSV strongly advocates any contribution possible to POG, an organization acting to keep an eye on government and advance and protect the rights of Hoboken's citizens.  Before the consensus became known on the crooked ways of Cammarano, they went toe to toe on political contributions to politicians in Hoboken, the pay to play back room deals costing Hoboken citizens untold millions over decades.  This in retrospect was the linchpin creating the conditions where Malibu Pete sought out illegal monies to advance his corrupt political career.

One last point, we believe a phone call and a few original words is the most significant way to make an impact. The points in the POG sample letter are a perfect template but a few choice words mean more than you can imagine.  Shine the light baby, shine the light!

Twenty years ago, Hoboken citizens availed themselves of the right to present or challenge ordinances by presentation to the city council or before the voters. They successfully challenged a redevelopment plan for the southern waterfront that would have built a high-rise tower where Pier A park is located today. Soon thereafter, state law was changed to disallow citizens from utilizing the I&R process in matters of land use (presumably in reaction to the defeat of the 1990 and 1992 Port Authority redevelopment agreements).

In 2004 and again in 2007, the citizens of Hoboken utilized the initiative and referendum process to enact a number of good-government initiatives, most notably the pay-to-play reform laws that have dramatically reduced the level of influence of campaign contributions on the granting of no-bid professional contracts and redevelopment agreements, while having great effect in leveling the playing field in local elections.

The right of New Jersey citizens to present I&R ordinances to municipal councils and to fellow voters is at risk of being seriously curtailed. The right to petition our local government to change the length of term of office for elected officials or to change our form of government may be severely limited if Bill S3157/A4264 is passed on Monday.  Please read the forwarded letter below and contact our two representatives to the state Assembly and ask them to vote NO on this bill.

Thank you for your attention,