Aid for thee, not for me

The AP has reported the following story below.  It's also been covered at the Jersey Journal but somehow they left out the other side of the story, re: how the incoming Governor feels about the millions being doled out to select towns.  (He takes office in a week.)  Gov. Christie has talked about the reality facing New Jersey and the state's deficit of approximately $7-8 billion.  Unlike the Federal government, there is no ability for the state to carry a deficit. Hey, at least they didn't call it a stimulus.

The transfer approved Monday by the Joint Budget Operating Committee paves the way for another agency, the Local Finance Board, to distribute the money — along with $72 million already on hand — to five cities that requested special help. 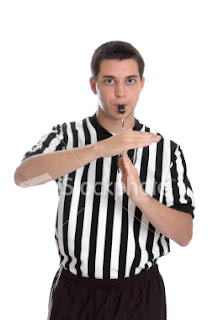 The Local Finance Board is scheduled to meet Wednesday.

Also Monday, the Assembly approved a bill that would return most Camden city operations to local control. The state has been overseeing financial affairs of the impoverished city since 2002. The bill would return broad control over the city's day-to-day operations to the city's elected mayor. The Senate is scheduled to consider the bill.

Christie, who takes office Jan. 19, reacted angrily to the monetary transfer, accusing Gov. Jon Corzine of spending money the state doesn't have on his way out the door. Christie said cities need to learn to budget responsibly, not expect annual bailouts from the state.

"I object to the Corzine administration shoveling money out the door at the eleventh hour when they realize what the state's fiscal condition is," Christie said. "Special extraordinary municipal aid is the biggest misnomer in state government you can find. When you give it every year, it's neither special or extraordinary."

The governor-elect did not rule out stopping the checks after he takes office.

"I will consider every option on the table once I get there, but I'm not going to telegraph my punch," Christie said.

Treasury spokesman Tom Vincz said the current budget remains balanced — with a surplus of about $500 million — with the Corzine-authorized transfer taken into account.

Also, Susan Jacobucci, director of Local Government Services for the Department of Community Affairs, said that without the aid, the cities could be forced to lay off police and firefighters, putting residents at risk, and would be in danger of losing federal aid.

Department spokesman Edwin Carman said the fund was intended to offset expenses, and thus give property tax relief, to cities in fiscal distress. He said the aid allows the municipalities to continue to provide essential services.

He said the aid comes with strict oversight and all towns that receive it are required to sign a memorandum of understanding.

Assemblyman Joseph Malone, a Republican on the joint budget committee, said he would suggest that Christie seek the resignations of finance board members who approve the distribution of the aid. 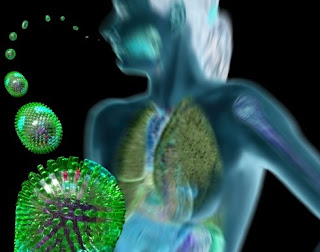 Hoboken's Office of Public Information reports hundreds of people were inoculated at the City of Hoboken’s H1N1 (Swine Flu) Clinic, which was held at the Hoboken University Medical Center on Monday, January 11th   from 2 p.m. until 9 p.m.

Considering the cold weather we've had of late, that's a qualified success.

Mayor Dawn Zimmer and the City of Hoboken are pleased to announce a community meeting on Tuesday, January 12th from 7:00 P.M. to 9:00 P.M. at the Elks Club located at 1005 Washington St. to discuss the County of Hudson’s project for the 14th Street Viaduct. Community Development Director Brandy Forbes and Transportation & Parking Utility Director Ian Sacs will join Mayor Zimmer for the meeting.

The purpose of the meeting is to discuss the 14th Street Viaduct Project. Along with members of the general public, a majority of the City Council may be present and take part in the discussion concerning the Project, but no formal action will be taken. The public is invited to attend to learn more about the project and express any concerns they may have regarding its impact on the quality of life in Hoboken.

A notice of this meeting has been presented to all of the City’s official newspapers at  least 48 hours prior to the time of the meeting, in accordance with the Open Public Meetings Act, N.J.S.A. 10:4-6 et  seq.  Also, this notice has been placed on the bulletin board outside Council Chambers, along with appearing on the City’s website, www.hobokennj.org.