This is some blast from the past: 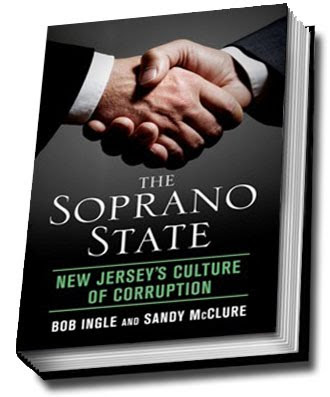 A lame duck Governor Corzine may be hitting the exit door days away after being sent into political retirement by the New Jersey voters, but it doesn't mean a few more bad deeds can't be done before he does.

Just yesterday, the Star Ledger reported on the "distressed cities" monies distribution.  Of the $121 million, Hudson County's take was $25 million: 11 glazed donuts for Union City and 14 extra sweet macaroons for Jersey City.  Gov-elect Chris Christie noted the state is facing a problem meeting state worker payroll just around the corner in March.  He mentioned this while criticizing the lame duck Gov. Corzine for "shoveling money out the door in the eleventh hour" adding -

"Seriously, there's eight days left. Can he please keep his hand out of the cash register for the last eight days?" Christie said. "We're in a situation now where we are going to be unable to meet payroll in March. He's now taken $44 million more off of the payroll of state workers for March. That's what he's done. He's put us $44 million closer to insolvency. Now, I guess since he's leaving office he doesn't care. But it is my job to care."

Hoboken Now reported on another late lame duck action by the outgoing Gov. Corzine today as well.  Maurice Fitzgibbons, a long time figure on the Hudco scene was named to a three year term to serve on the New Jersey State Council on the Arts (NJSCA).

The Soprano state may be going down the toilet but you have to admire its style.  Even with the once mighty state deficit moving almost daily beyond the 7-8 billion MSV has been stating, it lifts its tentacles again to serve the Machine.

But we do have some news from the opposition too.  The Gov-elect named former Jersey City mayor Brett Schundler to head the state Department of Education.  This promises to launch a battle royale taking on the mighty teachers union on behalf of parents.  The Cartel will be fighting for every administrator, 100K janitor, etc. with all its might and they will have the continuing support of Trenton behind them.  Merit pay and accountability, even on a minimal basis is becoming part of the accepted dialogue and even promoted by inner city leaders but the teacher's union vows to fight it.

The gravy train is coming to a halt whether by a red stop signal or going off the rails.  Now it's just a questions of what comes next.  Prepare yourselves for a big political campaign as you will be hearing about why Gov. Christie hates seniors, children and of course puppies.  A lot.

Patch.com in Hoboken: It's Up!

We just got word of the official launch for Hoboken by Patch.com:
http://hoboken.patch.com/

January 14, 2010 – Patch, a growing network of community-specific online news and information sites, today announced the launch of its latest website, serving the community of Hoboken, New Jersey.  With the launch, the Hoboken site (hoboken.patch.com) joins the Patch network as its 16th site in New Jersey and its 32nd overall in the tri-state area.

“Patch is excited to launch in the “Mile Square City,” our first site in Hudson County,” said Warren Webster, president of Patch.  “Whether it’s the results of a Redwings game or news of an announcement from Mayor Zimmer, Patch has Hoboken covered.  We are confident residents will come to view Hoboken Patch as a comprehensive town resource and rely on it, as do our users throughout New Jersey.”

Each Patch site leverages its proprietary technology platform and serves as a hub of local news and information for and about the community it serves.  Users will have plenty of opportunities to comment on stories; share their opinions; post photos, videos and announcements; and even add events to the community calendar.

Like all Patches, the Hoboken site is free to use and offers a comprehensive events calendar, restaurant reviews and a rich directory of all of their respective community’s important places.  The Patch sites serve as a town resource for a resident’s needs—from finding a dentist or an activity for the kids to the name of the official to call for a building permit.

Patch is a valuable resource for local businesses, providing free business listings, maps, product information and even photos of businesses and organizations around town.  Patch offers a two-tiered advertising system that allows business owners to create a do-it-yourself online ad; and it has a sales team that will work with individual businesses to best satisfy their needs.

Underscoring its commitment to community, Patch has two initiatives that facilitate giving back and getting involved.  First, each Patch has a dedicated area that helps local charities and willing volunteers to find each other. Second, Patch dedicates five percent of its ad inventory as free advertising space for local charitable organizations while its staff donates five full paid days of its own time each year to volunteer in the communities Patch serves. 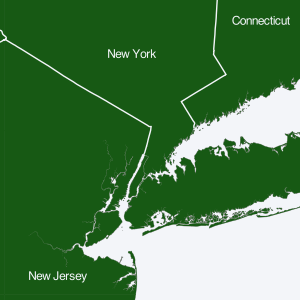 Hoboken has seen some websites come and some go.  A large urban population in the Mile Square City generates lots of areas for coverage but not full time gigs.  Well that's about to change.  At the last City Council meeting, our colleague over at NJ.com, Amy Sara Clark (who does the absolute finest real time reporting work on the City Council by the way) noted her stand-in during vacation, Claire Moses would be taking on a new position for a full time Hoboken website operation at Patch.com.  We've mentioned this previously during our dual team operation live blog with the big green vegetable at the Hoboken Journal but it's about to launch so it deserves it's own mention.  The word on the street is it goes live tomorrow.  Take a look at their main site and you can see Hoboken listed as "coming soon."

In addition, we are also going to add HobokenCityGuide back to our blog list.  This aggregator has revamped it's site to become the largest local collection of information for Hoboken and beyond.  It's scale of stories covering local news, arts, etc. is huge and really terrific to zero in on any area of interest.  On the local news front, it carries both Mile Square View and the Hoboken Journal with actual credit, something you would never see the thief aggregator in town do.

So we'd like to wish both ventures success in 2010.  Hoboken is best served with the broadest coverage and we heartily welcome these additions to the community.