Officer to be Swatted? 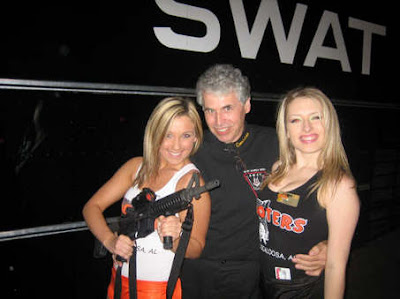 Lt. Andriani to be swatted?

Without Pay of Hoboken Police Lieutenant

“Lt. Andriani must be suspended without pay pending the IA investigation,” Mayor Zimmer said. “This type of behavior can not and will not be tolerated and we are taking swift and decisive measures to remedy the actions of this individual.”

Lt. Andriani is currently suspended (with pay) by the City of Hoboken as the result of an alleged incident which occurred approximately two years ago. The incident at the Tampa International Airport is being investigated separately as a violation of administrative policies related to Lt. Andriani’s current suspension.

In light of the recent incident, Mayor Zimmer is also calling on all parties to expedite the process involving the outstanding investigation involving Lt. Andriani. The alleged incident involved the Hoboken SWAT team which was subsequently disbanded. Mayor Zimmer has been and continues to demand a resolution to the outstanding SWAT team investigation. The public has waited long enough for a resolution of this case.

Talking Ed Note:  Although the two incidents are not linked, one can certainly say this most recent one is lending itself to spillage from the first.  MSV is not sure about the requirements required to be satisfied in a suspension without pay in this more recent incident.  We'll be following it closely to see how it develops. 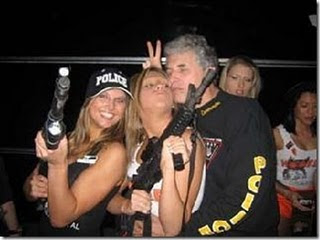 This calls for emergency video from the Wile E. Coyote: 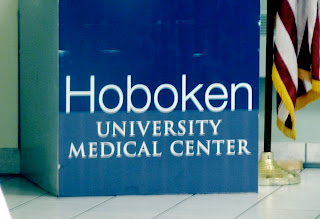 The true test of the Hoboken University Medical Center lies directly ahead starting with the first Board meeting tonight at 7:00.  After getting $7 million as an outgoing present from ex-Gov. Corzine before Christmas, they are now challenged to show they can make this institution work.

Since our town avoided the dagger to the eye at least for now, being $62 million on the hook in bonds in 2007, (thanks again to the Old Guard: Dave Roberts, Peter Cammarano, Mike Russo, Theresa Castellano and fellow council people) the challenge remains if HUMC executes their $12 million in annualized reductions in a faltering, staggering economy will change the tide and stave off red ink.

If anyone is interested, the meeting is in Assumption Hall, in the rear of the first floor at the main entrance on Willow Street.
Posted by SmartyJones at Wednesday, January 27, 2010
HUMC - the turnaround?
2010-01-27T16:11:00-05:00
SmartyJones
62 million bond liability|Hoboken hospital|Hoboken University Medical Center|
Comments 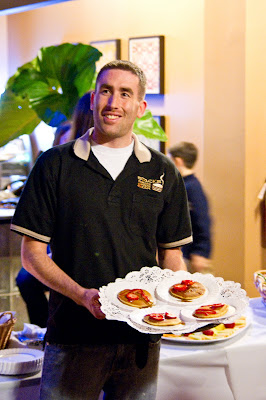 Stacks Pancake House & Cafe took a few hours last night to have a launch party for some select lucky guests thanking Hoboken for its warm welcome and sampling its menu for a group of family, friends, local business owners, journalists and bloggers among others. The pancakes and french toast were super, and the strawberry pancake version was absolutely divine and the blueberry didn't come far behind with a fruity consistency through and through.  (Owner Andrew Cohen pictured left holds a tray of the strawberry version with oh uhm, real maple syrup!)

Of the several dozen people on the invite list for the private party, Da Horsey was fortunate enough to sample their signature pancakes and also their Philly Cheese Steak (off the hook) but we avoided the sliders as we didn't think we'd make it out ever.  Comfort food?  This menu defines it every which direction and there's mercy if you are seeking it with lighter and healthy fare too: whole wheat options, salads, sandwiches, etc. 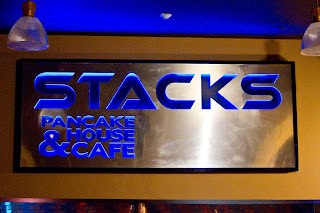 It doesn't end there.  Adding an around the clock eating alternative to Hoboken next month is a huge addition to the heart of the Mile Square City, and this place is already a smash hit on weekends.  On New Year's Day we noted a line was formed outside well into the middle of the afternoon and with good reason.  Great food at great prices with flexible hours is going to be a really big hit for a long time to come.

Here's the toast by a gracious owner, (of the three here pictured), Elliot Cohen, clearly thrilled with Hoboken's warm welcome and their initial big success.

“Our vision for Stacks is to become a staple household name in Hoboken,” said Cohen.  “We also want to provide our customers with a feel-good dining experience, a place where they can stop to get a great meal, socialize with family and friends and hopefully leave with a smile on their face – not to mention stuffed!” 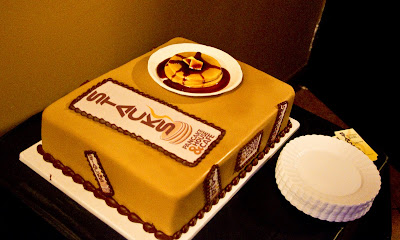 The Cake Boss made a contribution with a terrific depiction of the restaurant and its signature dish. Could Stacks Pancake House have asked for better? No, it's perfect!