Friend of the Stable: Richard Tremitiedi 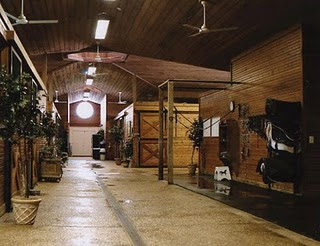 Also make your complaint on the delayed report to Susan Jacobucci
(609) 292-6613  email: SJacobucci@DCA.state.nj.us>
Over one year ago, one of the first actions Judy Tripodi, Hoboken’s Fiscal Control Monitor was to request detailed operational audits of the Public Safety Department, Divisions of Police and Fire. This request was made to Susan Jacobucci, Director of the Division of Local Government Services, Department of Community Affairs, State of New Jersey.
In brief, little was done on the fire department’s audit and the Hoboken city council is now seeking an independent outside firm to perform the audit. Fire Chief Blohm has indicated at the budget workshop that he welcomes such an audit. On the other hand, considerable effort was expended on the police department.
Mayor Zimmer previously announced that she expected the state’s audit of the police department to be released on or about Jan. 18, 2010, at which time she would forward it to the Director of Public Safety and the Police Chief for their perusal. After one week, she would release the report to the public.
As of this date, the audit has not been released by Director Jacobucci and the ‘word on the street’ is that it will not be released because it can compromise current labor contract talks. This does not make any sense since this report is only a baseline which can be used by the Fiscal Control Monitor, the Mayor and the Governing body to assist them in their decision making regarding operating the police department in as cost effective manner as possible.
I urge every citizen in Hoboken to contact the Governor’s office to intercede and order Director Jacobucci to release this report in the best interests of the City of Hoboken.
Our taxpayers have helped pay the bill for this effort and it should not be wasted.
Thank you for your time and consideration.
Richard Tremitiedi
Former Hoboken Fire Chief
Former Member – State of New Jersey
Dept. of Personnel, Local Government
Advisory Board


Related: Timothy Carroll posted a report with a scoop no one else has.  Did I say scoop?  I should have said bombshell.


Talking Ed Note: Both MSV and the Hudson Reporter attempted to get a comment from Susan Jacobucci's office yesterday.  We have not received a phone call back, nor are we expecting one.  The only answer we want to hear is when the report will be here in Hoboken.