Hoboken Revolt sent out a communication to its members in the Hoboken community.  They have been regularly attending City Council meetings.  Here's the latest: 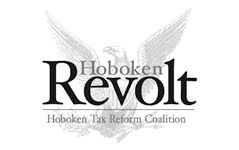 All are urged to attend and lend your voices to demand significant cost cutting as recommended by the audit regarding the Police Department, other public safety departments and in all other city Departments.The Mayor and members of the City Council joined with Hoboken Revolt to compel the release of the State’s Department of Community Affairs police audit last week. Hoboken Revolt dedicated significant time and resources and communicated directly with the Governer’s office through State contacts, full page media advertisements, e-mails, telephone calls and faxes. Hoboken Revolt continues to make significant strides in fulfilling our mission, which includes ensuring fiscal transparency and responsibility in City Government. 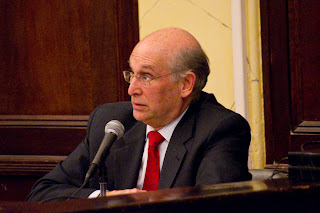 In successive phone interviews Monday afternoon, Corporation Counsel Michael Kates outlined the various issues surrounding a $29,000 contract to Attorney Paul Condon.  The contract approved unanimously in the last City Council meeting is now under review in connection to a 2008 professional services agreement for legal services evaluating any possible violation of the 2007 Pay-to-Play ordinance.

The 2008 contract issued to attorney Paul Condon occurred during the Roberts Administration and the ordinance limits vendors from obtaining any such contract with the city if there are contributions to city officials within one calendar year.  "Condon would be precluded, would be prevented from a contract for one year from that donation," Mr. Kates said.  Within the one year timeframe, Mr. Condon and his spouse had earlier made separate donations to then Councilman Peter Cunningham of $750 and $500 in 2007.  Both donations could be problematic to the ordinance regulations although there is no record of the City Council voting on the original contract in 2008 under Dave Roberts.

Mr. Kates said a vendor who fails to meet the pay to play ordinance would be a concern. "If you violate this code, you can not contract with the city for four years."

Should Attorney Paul Condon be found in violation of the pay to play ordinance back to 2008, it's unclear what remedy would be applied or how the current $29,000 contract on the Lt. Angelo Andriani case would be affected.  The cost also for moving the legal matter would need to be determined and could far exceed the existing contract due to getting up to speed on an old case.  The Andriani case goes back two years since his original suspension with pay.  His pay just ended after a preliminary hearing with the actions initiated by Mayor Zimmer after an incident involving him in the Tampa Airport last January.

Regarding Councilwoman Beth Mason's charges reported earlier in the Hudson Reporter, the Corporation Counsel noted there are applicable laws outside of the ordinance, such as local ethics laws.  He confirmed being approached by Councilman Ravi Bhalla and expressed some surprise on the initial comments revolving around the issue with the Councilman.  "I asked about the relationship.  They have the same landlord.  And on that basis I said you don't have a conflict" noting his consent and advice was beyond legal considerations.

Mr. Kates said the conversation was not limited to just the ordinance, "It was all about ethics, whether he could be objective...There's always another level.  Is there an appearance of impropriety.  You always worry about that."  In evaluating the issue he considered it in total, with a view to anything rising to the level of "a clear objectivity challenge." After doing so, Mr. Kates told Councilman Bhalla there was no issue in him voting on the matter.  The City Council later voted 9-0 to approve the contract.

Mr. Kates has published a number of legal papers over his career including "An Ethical Lapse and its Effect on a Municipal Contract," Municipal Law Review, Volume 17, No. 2, June, 1994.  He was brought on earlier this year by the Zimmer administration to replace Mr. Steve Kleinman.

Council President Peter Cunningham is unavailable due to the death of his mother-in-law.

Talking Ed Note: Corporation Counsel Michael Kates has a stellar legal background and specialty in municipal law and the above paper is merely one of many.  Councilwoman Beth Mason in her statement questioned his professional evaluation and judgement stating she could not understand how he did not see this "blatant conflict of interest" on Councilman Bhalla voting.

Let's see what proves out on the facts, legal and otherwise.

The Wile E. Coyote, Eric Kurta emailed MSV and provided background on this story in addition to the two interviews with Mr. Kates yesterday.
. 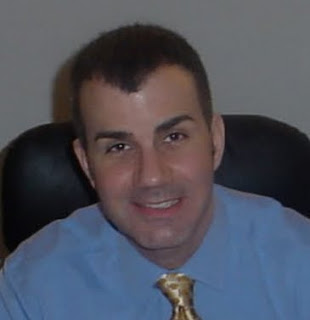 In an exclusive story released just minutes ago, Hoboken.patch.com reporter Claire Moses posted a story of a negotiation breakdown on the contract to name Dr. Frank Romano Hoboken School Superintendent.

Her story outlines a series of events in discussions leading to the abrupt turnaround. This one is going to create a lot of backwash coinciding with the BoE election filings now completed including:

Item 1 - Maureen Sullivan has successfully torpedoed the hiring of Frank Romano for Superintendent of Hoboken.

Item 2 - What now for Hoboken?  The job becomes less attractive by the minute.  No uncertified 275K candidates will be coming here to take on the task.