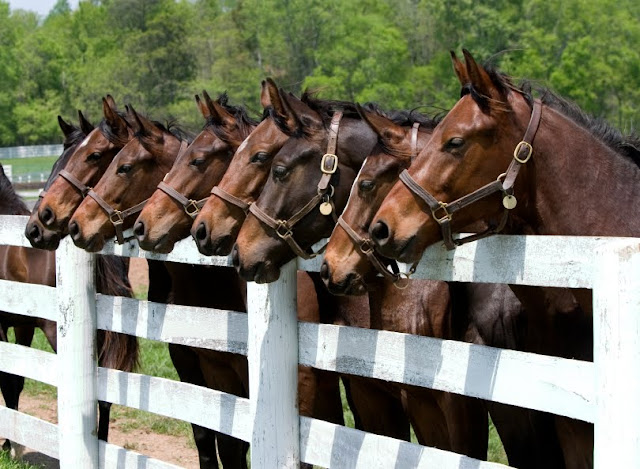 Office of the Board Secretary, David Anthony

The following is a list of the Ballot positions for the uncertified* candidates for the 2010 Hoboken Board of Education Election. If a candidate drops out of the election or is found ineligible, the below Ballot positions will not change.

*Certification of each candidate’s petition will include, but is not limited to verification of candidate, nominator and the petitioner’s residences and are registered voters along with any and all applicable laws and statutes.
Candidates for the (3) full 3 year terms:
1A Leon Gold
2A Irene Sobolov
3A John Madigan
4A Rose Marie Markle
5A Kathleen Tucker
6A Kyelia Colon
7A Perry Lin
8A Frank Raia
9A Patricia Waiters
10A Elizabeth Markevitch


Candidates for the (1) one year unexpired term:
1B Jean Marie Mitchell
2B John A. Forsman III
3B Ken Howitt

Talking Ed Notes: These ballot positions are sometimes made out to be more than people think until the votes start coming in and then all is forgotten.

At the same time, Leon Gold is certainly in a very favorable situation here with his strong slate horse next to him, Irene Sobolov.  That can't really hurt.  And in the matchup of interest among some it's Leon Gold and Frank Raia in a potential head to head of some speculation where a potential David faces off against Goliath.

Kids First - Kicks off at Maxwell's

Here's Theresa Minutillo's comments at the Kids First Kickoff at Maxwell's yesterday afternoon.  The newest face on the three year candidate slate is Leon Gold who is also on the steering committee at Hoboken Revolt and spoke about his 30 years in education.

We'll be hearing more from all the folks and slates in the future.  But for the moment's here's a glimpse of the event where there was plenty of local star power with Mayor Zimmer, Councilpersons: Carol Marsh, Dave Mello, Mike Lenz and also Freeholder Anthony Romano. In addition former fire chief Richard Tremetiedi showed up too. 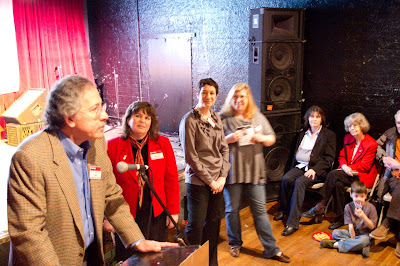 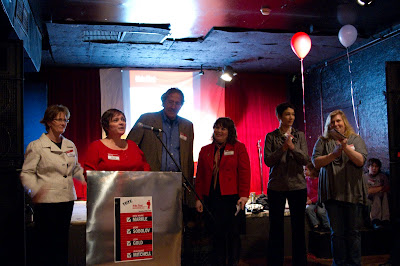 The Hoboken Republicans sent in an announcement.  It's quite a timely coup with Mr. Schundler being thee senior state head on New Jersey education as Acting Commissioner: 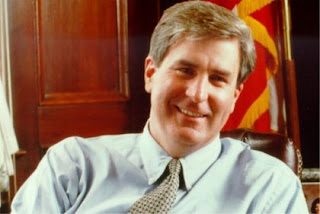 In its fifth consecutive year, the Lincoln Dinner is the signature event of the Hoboken Republican Club.  We are excited to announce that  Bret Schundler--the former Mayor of Jersey City and the state's newly-appointed Commissioner of Education--will serve as this year's keynote speaker.

This year's dinner comes at a "recession special" price of $29, which includes plenty of food, wine, and lively conversation with fellow Republicans.

We hope to see you there!  Space is limited, so please RSVP today.  Contact us at  info@hobokenrepublicans.com, or visitwww.hobokenrepublicans.com for more information.
.
Posted by SmartyJones at Monday, March 08, 2010
Bret Schundler - NJ Education Commissioner in Hoboken
2010-03-08T14:20:00-05:00
SmartyJones
Commission of Education Bret Schundler|speaking in Hoboken|
Comments

According to Jimmy the K, the unseen, unspoken Executive Publisher of Mile Square View - Hoboken loves nothing more than drama and tomorrow night's Board of Ed meeting promises to have an undercurrent now with the election candidates announced.

Will Maureen Sullivan insist she is "First" and everyone must follow her desires least she poison the well on any Superintendent approved in a democratic vote?  Will Patricia Waiters run wild?  Tune in at 7:00 tomorrow night.  We may have a surprise for those of you checking in here that can't make it to the meeting.

Any matters relating to the above items that may come before the Board. Please be advised that the Board may be required to go into closed executive session during this meeting to discuss litigation, negotiations and personnel items. Action may be taken on all agenda items.

Feeling adventurous?
Interested in Hoboken politics?
Got a bit of free time, enough to get started?
Join us at
SEMINAR on PATH TO POLITICAL PARTY SERVICE
St. Matthew’s Parish 8th and Hudson
Saturday, March 13, 10 a.m. - noon
This event will tell you how to run for Committeeperson in your district.  Every district in the city elects two Democrats, male and female, and two Republicans, male and female, to be Democratic or Republican Committee people, an entry level position that allows you to get your foot in the door, your toe in the political water.  While serving as Committeeperson you learn the basics of local politics in Hudson County.  Getting on the ballot is not hard.  Getting elected is easier than you might think.  Once in office, who knows? You could take the next step, and then the next, to serious involvement in your government.
Co-sponsored by
Hoboken People for Open Government
Hoboken Quality of Life Coalition
The details:

What Do the Local Political Party Committee People Do?

Every district of every ward in Hoboken elects both a Democratic and Republican committeewoman and committeeman. The party committees exist to represent the interests of local voters to the party, and to raise funds and rally support for party candidates.The responsibility taken on by each committee person depends completely on the level of involvement they choose. Many run for committee to promote change in local government or to help build a political platform. Others see it as an introduction to the political process or a chance to socialize with politically like minded neighbors. The local committee people also represent Hoboken at the county level by helping to choose the county party leaders.

The June election is a great chance to dip your toe in the political waters. Only a few signatures are needed to get on the ballot and, depending on your district and party affiliation, getting just a half dozen votes may get you elected .

The goal of the Citizens’ Campaign in sponsoring this event is to inspire citizens to participate in the leadership of their communities and reverse the tide of government waste and corruption.
Posted by SmartyJones at Monday, March 08, 2010
The Hoboken Buzz
2010-03-08T11:29:00-05:00
SmartyJones
Democrats|POG People for Open Government|Republicans lend me your ears|
Comments 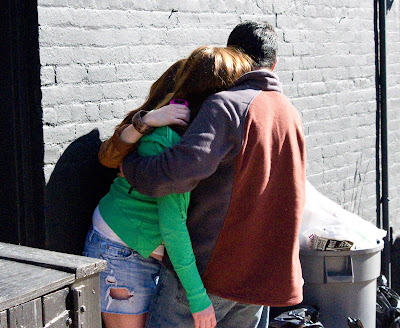 Early reports suggest this year's parade was much improved from last year.  Of course that's all in the eyes of the beholder.  If you or your property were a victim of bad behavior, you'll probably not care a whit if overall arrests or ticketing was down.

Still we're hopeful to see the overall numbers.  A lot of this is of course highly personal.  If you live in the downtown area, there's less likelihood you get away unscathed.  Uptown and you are in very good shape most likely as the bars are mostly downtown.  If you were in midtown around 7th Street, it's probably a mixed bag.

The weather helped early and late as the temperature dropped into the mid 40s.  Saw lots of guys out in t-shirts and also without jackets.  Dashes to cabs were not unlike a scramble at night in Manhattan.  The other big factor keeping crowds down this year was probably the economy.  Let's see if that plays a factor in some of this.

Although the crowds were smaller overall, there seemed to be a lot more public boy-girl drama.  MSV ran into numerous episodes of public fighting among the sexes and some wailing too.  We sidestepped most of it but gladly accepted the high five requested on 7th street from a very cute blonde.  Hey, look me up girl.

And of course you can share your feelings on the sights and sounds one way or another.  That's what free speech is all about.  On that note, we'd like to salute our colleague the jolly green giant at the Hoboken Journal who exercised it with relish.

Police Chief Falco should be putting together a report and it's hoped it will be available today.  Word on the street is his fine performance both in planning, execution and example led to a better result.  Let's wait and see.

Photo: An early muffin top casualty of the St. Patrick's Day excess.  This woman in cutoff shorts had two friends holding her up outside Moran's just after the parade's conclusion.  Perhaps she never made it in.  As MSV got the picture, there was heavy foot traffic going both ways on the street and one girl remarked, "Nice shot" seeing the pic get popped.  Hey, she was cute too.