BoE tonight and yet more vileness from Hoboken411

It's a long agenda and there's some interesting features.  Take a look at the list of added substitute teachers.  You can see Perry Belfiore is on the list.  Now if he's added into the pool does this mean that he's somehow connected to a political slate and part of some illegal and illicit criminal activity?  Well no, but listen to the typical usual embittered voices and substitute teaching is part of a city wide conspiracy to loot, pillage and plunder.  Who knew?

Perry Klaussen is back to listening to those voices in his head and rumor has it they ordered him to launch yet another slimey attack the other day, this time on former councilman Tony Soares for having his name in the substitute teacher pool. 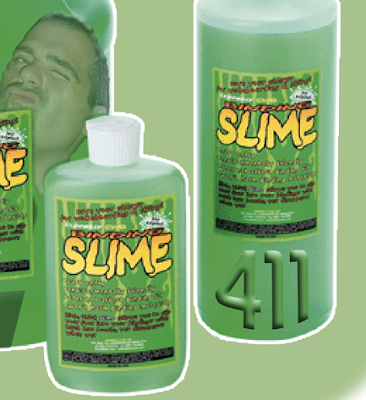 $80 a day is obviously a grand conspiracy for a substitute teacher right?  It's part of a big shakedown by a Board of Education faction.  Okay, with the way some people are morphing into Hobo411's vile like behavior you have to ask who is actually influencing who these days.

(There's that special session of the City Council tomorrow.  Will Councilman Russo find time to read the police audit yet or will his brothers on the police force have to read it to him at night before he goes to sleep?)

Hey Perry, get Councilwoman Beth Mason to write a resolution and she can send it to everyone by midday tomorrow and then declare it "old business."  What's holding up this judge, jury and execution of her colleagues anyway?

How low will these people go?  Well apparently one advertiser at Hoboken411 has had about enough and is getting ready to pull the plug. Perhaps they are not even impressed with the threats to destroy them by someone who runs around sliming everything and everyone who gets in the way of their master plan.  Damn those elections, damn them to hell.

So how does this substitute process work?  The BoE keeps over a hundred names in the pool of substitute teachers.  When a sub is needed, the principal goes to the list and calls a name.

The BoE has nothing to do with who gets called.


As usual, scratch at the scab of Hoboken411 and the pus of lies oozes out eventually with the truth seeing the light of day.  Nothing new there.

Office of the Mayor announced today:

Finance Director Nick Transante advised Mayor Zimmer yesterday that he will be taking a position with another municipality. His last day with the city of Hoboken is this Friday, March 12th. However, he will assist with the completion of the budget process on a part time basis until a replacement is found.
“I’d like to thank Mr. Trasante for helping Hoboken navigate our City through a very difficult period,” Mayor Zimmer said.
The City is currently conducting a search for a new Business Administrator. In the short term the City intends to engage an interim Finance Director. Once a new Business Administrator is retained then the selection of a new Finance Director will be completed.
Talking Ed Note: Coming into Hoboken as Director of Finance was no easy task and Nick put in a really great effort straightening out a huge amount of problems.  At times he was in the middle of a crossfire and unfairly so in the unfortunate stance Hoboken finds itself with a State fiscal monitor.
MSV wishes to extend Nick all the best in his future and thank him for his service to helping Hoboken get back on the right footing.  Much appreciated Nick!
.
Posted by SmartyJones at Tuesday, March 09, 2010
Director of Finance Nick Trasente resigns
2010-03-09T12:34:00-05:00
SmartyJones
Hoboken Finance Director Nick Trasente|
Comments

Horse Sense: Man of the Hour 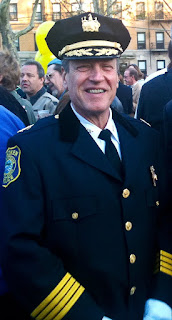 Today it's expected some reporting data after the St. Patrick's Day will be released showing some improvements perhaps significant from the prior year's disaster.  The Jersey Journal released a story on one of the key areas MSV noted going in: the tallies at the local hospital.  The good news is there were no serious injuries and the ones more so were due to fighting.

It appears the town has put into place a plan that although not perfect certainly played a major role in things not getting completely out of hand.  And the best news is maybe the January St. Patrick's Parade story may have given a jolt to enough folks to really do something.

Police Chief Falco is getting a lot of praise in many quarters and many ends of town.  Let's see what comes in an official report but we'll note there isn't the sense of outrage that prevailed after last year's parade.  If the word on the street is confirmed there will be a lot of credit to go around too: from the leadership of Chief Falco to Public Safety Director Angel Alicea, Mayor Zimmer and the City Council members who actively worked with implementing the changes leading into last weekend.  The local and additional police from surrounding areas will deserve their own separate praise for a job well done.

Frankly, it's a relief things didn't continue to escalate where it was heading.

Related: Claire Moses of Hoboken.patch.com reports more than a 25% drop in ambulance calls since last year.

Claire Moses strikes yet again on a meeting at the HHA with Chief Falco.  He's already talking about doing it again next month.  This man is a real leader.