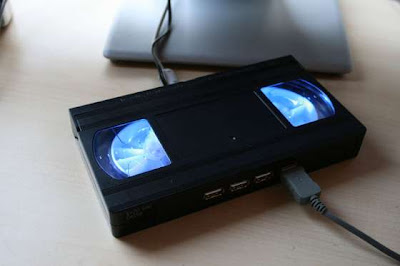 Scrutiny surrounding the BoE meetings available on We the people reports, Councilwoman Beth Mason's website led to questions and numerous emails over the weekend to MSV on the earlier story pointing to the lack of BoE videos since 2008.

On Saturday emails started arriving on on the matter.  One reader stated 2009 BoE video previously seen was no longer available.  Then not long after, the cameraman who has been contracted by Councilwoman Beth Mason sent a slew of emails asking for corrections and stated MSV was in error, showing a page with 2009 BoE video results.

Now what makes this more entertaining is on Friday, Da Horsey made a point of saving the exact BoE listings page and all its contents late in the afternoon.  It showed absolutely nothing for 2009, only BoE videos to 2008.

Yesterday yet another email comes from the contracted cameraman stating that videos back to April 2009 were available and that MSV had failed as instructed to correct since it had "been proved."  It got somewhat snippy with the final line asking, "What's up with that?"

Well thanks for asking.  What's up is MSV followed the navigation as explained in his earlier email and somehow between the end of business day Friday the same two clicks from the homepage produced two entirely different results.  For those of you playing at home here are the EXACT two links.  Take a close look and note the similarity except for the extension at the very end.  Now who exactly got lost in this little venture?  It wasn't Da Horsey. 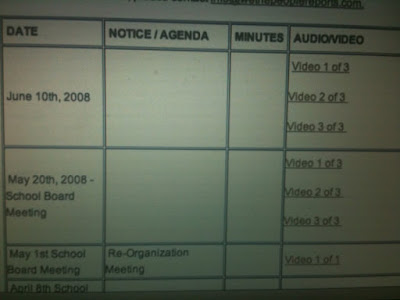 The above page link came up as recently as Monday evening first 2008 then 2009 info.
The above link was still working on the weekend, although not connected from the Hoboken page, but then earlier today it's gone! Later now and it's back but now with 2009 videos!* (Not to worry we saved the original on Friday.)  The navigation to it though had been altered over the weekend.  The two clicks from the home page to the BoE (as we were instructed) now produce different results with 2009 BoE videos listed.  MSV is stating this does not suggest suspicion the cameraman is also doing wet work, I mean web work.  Here's the updated link: 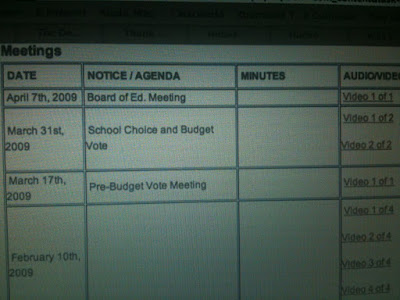 Notice at the end of the string the additional six characters.  That suggests the page was updated, but the rest of the address is IDENTICAL.

Hey, now that we think about it, "What's up with that?"

After almost a dozen emails on this matter over the weekend, wouldn't it be easier to just have Beth Mason put out a press release stating she's not going to use the tape from the last BoE meeting for political purposes?  Okay, there's no glory but it certainly would end the spotlight on this dark corner.

Money can buy you a lot of things in this world; it just can't buy you the ability to bend time and space.

Talking Ed Note:  The pictures above are of the exact two pages showing the first available tapes on each respective page. The complete pages are saved but due to copyright, MSV can not post them without permission.  (No, we didn't ask.)

The contracted cameraman was invited to call to discuss the "issues" surrounding these tapings but never took us up on the offer.  He's now said to be on vacation so hopefully he enjoys it.  A little advice while down yonder - don't answer your phone.

Update: 12:10 - There still seems to be issue on the middle page "Hoboken" based on a conversation with a source who called familiar with the We the people reports website leading to the BoE page.  On that We the people reports page, there are two separate links to BoE listings: "Board of Education" and much lower "School Board Meetings."  (Why two different ones for BoE video, no idea.)  As MSV did not record our keystrokes from the homepage, we stated it is possible, although not probable the two links were confused in leading to BoE video listings.

Although it's entirely possible,  we do however recall that the link Hoboken has a prominent "BoE meetings" in the fifth spot and have followed it many times since last Friday.  All the pages leading to the final BoE video page including the link were saved.

But at the same time having clicked through the home page repeatedly, MSV maintains the website was updated.  Our original link above from Friday now produces yet a new result.  See for yourself:

This link no longer shows any BoE video listings.  It's now a new message stating:

You are not authorised to view this resource.
You need to login.

That wasn't there even just last night.  Now neither MSV nor the source who did call late this morning is a web designer or the web host.  It's clear someone is working and updating on this site.  It isn't us and it isn't the person we spoke with earlier.  Our story on this has certainly gotten a lot of interest but it may be among a select few.

And that's the last we're going to say on the matter.

TODAY IS DEADLINE FOR PARKING PERMIT RENEWALS
Today, Monday, March 15, 2010 is the deadline to renew Resident parking permits.  Residents with valid 2009 Resident parking permits who have not moved out of Hoboken or failed to update the Utility with a new Hoboken address should have received a renewal notification in the mail and mailed in their documentation and renewal fee, according to Transportation and Parking Utility Director Ian Sacs.
If a letter was not received, bring three documents listed in the “Temporary parking permit: Step 1” section of the city’s website (hobokennj.org) to demonstrate residency along with a valid New Jersey driver’s license and vehicle registration with name and Hoboken address to the Hoboken Parking Utility today.  The Utility will not be enforcing expired 2009 Resident parking permits on the street until April 1, 2010 while as outstanding renewals are processed.
However, residents who have not already mailed in residency documentation and renewal fee, should come to the Utility in person to renew to avoid ticketing for expired Resident parking permit after April 1, 2010, said Sacs.
The Parking Utility will be open until 9:30 p.m. this evening.
# # #
Posted by SmartyJones at Monday, March 15, 2010
'bout the parking
2010-03-15T16:19:00-04:00
SmartyJones
Hoboken parking permits|
Comments 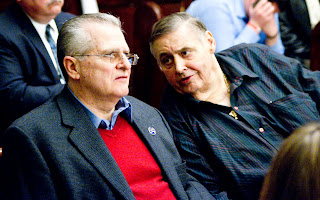 Prayers up for Mo.

Photo: Mo DeGennaro on the right, leans in to speak to Rich Tremidieti at the special City Council meeting last Wednesday.