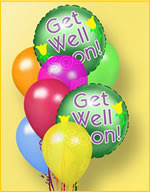 Hoboken resident Mo DeGennaro who was hospitalized earlier this week at Hoboken University Medical Center is off a respirator.  He has also taken medication orally and we've been informed - has befriended his nurse.

A first hand source relayed word that when Mo heard former DCA Director Susan Jacobucci was no longer part of "the State government," it brought a smile to his face.

Da Horsey has also now confirmed this is in fact the case.  There's a new sheriff in town.  And we've been told, "a new Mo."

The kabuki theatre in Hoboken is dying a brutal death of a thousand cuts, as accountability finally enters stage right with transparency. It's been a long time coming and you may have missed it if you didn't stay up to almost 2:00 till the end of the City Council meeting. Councilwoman Mason and Councilman Russo have been leading the charge of the loyal opposition. Unfortunately, they have been less than faithful to the facts and decency. It appears those chips are finally being called in.

Councilwoman Mason was called out on a variety of poorly advised statements last night on the budget: her claim of a 8% tax increase, her grandstanding about the need to reduce spending over many meetings while never offering even ONE herself, and at the end of the evening for her attack on Council President Peter Cunningham on a questionable conflict of interest charge while he was away attending the funeral of his mother-in-law.

Councilman Russo apparently not satisfied with seeing his ally self-destruct decides at the end of the session to launch yet one more volley of pandering to the "appearance of impropriety" all the while patting himself on the back. He's stunned and unable to talk over other council members when it blows up in his face as a direct conflict of his sitting in on police union labor contract discussions at City Hall while his brother is a member of the Hoboken police force is brought to light. Appearance of impropriety indeed!

Councilwoman Castellano who resisted the advice of the Corporation Counsel to stand down on all police union matters as she is married to a police officer attempted to chime in to Councilman Russo's defense with her usual habit of out of order remarks but failed to stymie the blunt force of the truth. Earlier in the same meeting she concluded some partisan remarks in replying to her colleague with "YOUR MAYOR." Now the councilwoman could never find it in herself to say a bad word about Peter Cammarano's wiretapped classic after his arrest; in light of her silence on that matter, this comment is both stunning and disgraceful. Who her "mayor" is she doesn't say but she's clearly quite unhappy with the exercised will of Hoboken voters.

The actions of these Council people to act in their own little fantasy world as if they are mere actors who say their lines devoid of any coherence is being finally pushed into the light. It can't come soon enough. After all, others can not rectify their character flaws and blind ambition, but these people are being paid by all of us, the taxpayers of Hoboken. Maybe one day they will begin to act like public servants instead of petty, immature self-serving politicians!

Scroll along the bottom to the 2:18 mark by clicking ahead on the lower bar and you can hear the beginning of a Councilman Russo's soliloquy before it completely backfires in his face. Councilwoman Mason again falls silent as she did earlier when asked about her contribution to spending cuts. After a long night and months upon months of self-destruction, MSV can say one thing: she finally did herself a favor.

Talking Ed Note: By the way, the budget was passed and the police union contracts didn't. The next City Hall election is in November for the 4th ward council seat. For some the last election isn't over. Perhaps for them, it never will.

Last night the City of Hoboken honored "The Cake Boss" of Carlo's Bakery.  A packed house celebrated a self-described "Son of Hoboken" on his success and contributions to the city.

Here's some shots of the new electric cars now doing the duty more expensive, louder and more costly trucks used to do around town.  Same work, smaller footprint and cheaper. 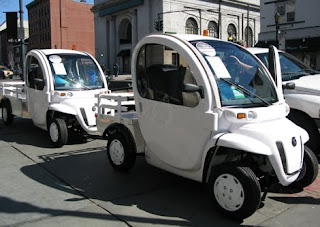 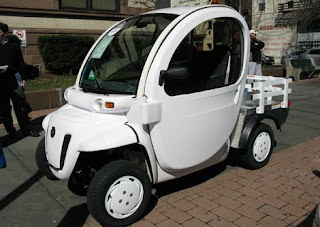 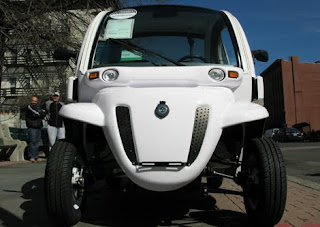 The two electrical vehicles are intended to replace two old City
trucks and will be used to drive around the city to put up signs, meterbags
and remove boots.

Electrically charged for 8 hours and they can drive up to
20 miles around town. Max speed is 25 mph.  The battery life is 2-3 years
until replacement is required.
Courtesy Jerry Lore
All rights reserved
Posted by SmartyJones at Thursday, March 18, 2010
Electric Cars come to Hoboken
2010-03-18T10:23:00-04:00
SmartyJones
Hoboken Electric cars|
Comments