Which one of these chickens doesn't belong? 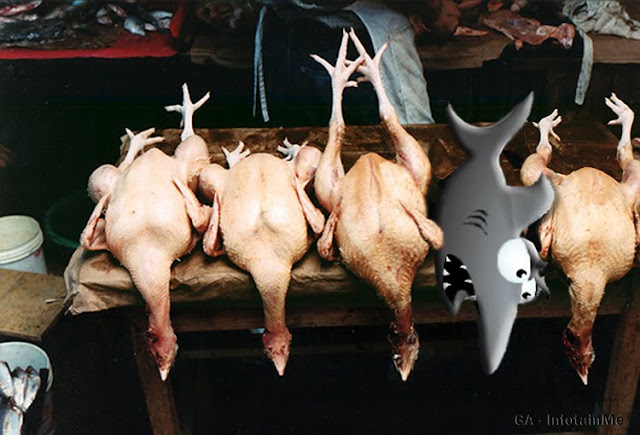 The answer can be found at our new Hoboken colleague's website, the home of the Grafix Avenger.

Be prepared, shark steak is being served.

Four story building on tap this Thursday at City Hall

Joan Enger, wife of Kyle Enger spoke at the City Council's meeting previous on her family's attempt to build a four story structure on lower Park.  After winning unanimous approval from the Zoning Board, they find themselves delayed by an appeal by Hoboken resident Dan Tumpson.  Apparently Mr. Tumpson lives on the same block where the building would be erected and is actually on the fifth floor two doors away in a five story, ten unit building.  The Engers are attempting to obtain approval again to erect a four story building, 10 feet below where Dan lives. The delay has cost them untold thousands to this point.

Here's a video of Joan's speech to the City Council.  With a hearing to the City Council after the approval by the Hoboken Zoning Board scheduled for this Thursday, the Corporation Counsel Michael Kates stated it should not be given weight with the hearing just around the corner.  Still it's worth a look into the arcane process of what a Hoboken resident can be put through in time and cost to erect a four story 40 foot structure even when many of similar specs are approved and moving to completion.  How many people have lost work or will lose work still to satisfy the objection of a fifth floor resident who doesn't want a building ten feet lower two doors away?

The complete transcipt of Joan Enger's remarks are available at the jump. 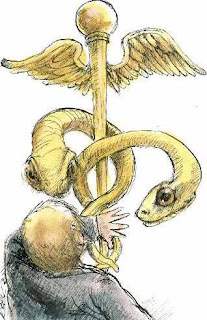 Bart Stupak, a pro-life Congressman from Michigan is talking to the White House and other House leaders about changing his vote to yes if abortion would not be paid for by taxpayers in a final bill.  MSNBC put up a story saying the deal was done, but then has pulled it down.  Congressman Bart Stupak is part of a pro life group of Congress people apparently critical to any outcome in a vote later today.

He was interviewed by the Washington Examiner minutes ago with protestors sounding off against the bill around him.  According to that late report, there is no deal.  (Ignore most of the media that is telling you this is a done deal.  They just can't help themselves being an open cheering section at this point.)