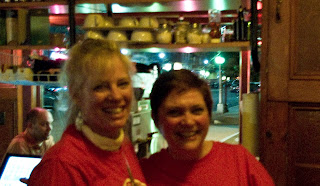 Hoboken Board of Education President Rose Marie Markle officially was designated the winner for the last outstanding BoE seat this afternoon after a count of outstanding provisional and emergency ballots. The final margin of victory was 72 votes with a tally of 1388 versus 1266 for John Madigan.

Related: Andrew Tavani of Hoboken.patch.com has posted the official confirmation.

BoE Results, the winners and losers

MSV is awaiting the final count of outstanding provisional ballots today as many to put the final period on the BoE election earlier this week.  John Madigan needs almost all of them in any hope to overtake Rose Marie Markle for the remaining three year seat.

As noted earlier, the candidates almost to a person were sincere in their runs and spoke well on their respective positions.  There were no harsh words among them and one can hope they will stay involved and participate in the issues at the BoE in the future.  Hoboken needs their participation.

Check back this weekend as Da Horsey will provide some additional insight into the election results and what it means for Hoboken.  Some of you have already noted in the comments Hoboken411 failed yet again to steer Hoboken voters his way with his typical tired slanted coverage.  So yes, Perry Klausfurherer does make the list, but can you say how high?  Tune in this weekend to find out.

For now we'll note Slash has put out a new song with Ozzy Osbourne.  It's fitting in looking at the BoE and guessing who you think this one could be about.  It's entitled "Crucify the Dead" as in you can't do it.  MSV promises it won't either.

Here's Ozzy and Slash commemorating one BoE member who some are already speculating may not even want to finish out their term.  Part of the lyrics and the rest at the jump:

We had the same dream
Lived life to extreme
A loaded gun jammed by a rose
The thorns are not around your head
Your ego cut you till you bled
You cannot crucify the dead
To me you're dead, yeah

MSV is passing along this invitation to support a worthy cause this Sunday.  As the weather is not the best for the great outdoors, folks may want to consider this option to put their hand in and stand up this Sunday from 8:00 am - 3:00 pm to support finding permanent homes for children of abuse.  Turning Point here in Hoboken is the sponsor and host.  The event will be held at 1420 Sinatra Park Drive.


Friends Family and Neighbors,
There are many worthy causes in Hoboken, Hudson County and the greater New York metropolitan area.  One of our most respected in our area is CASA, for the great work they do to protect the interest of abused and neglected children.  This Sunday the Turning Point will host an event for CASA.
Please consider making a donation to Hudson County CASA and joining us for great breakfast treats at the Turning Point.  The attached post card provides additional details.  Thanks for the consideration and let me know if you have any additional questions.
Thanks,
Peter Cunningham

CITYWIDE ROAD WORK TO BE CURTAILED DURING AM & PM RUSH HOURS
HOBOKEN, NJ, April 20th, 2010 -- Heeding to the concerns of uptown residents, Hoboken Mayor Dawn Zimmer today announced that the ongoing street repaving program on 14th, 15th and 16th streets would be curtailed during the morning rush hours to prevent traffic backups at major intersections.
“This project has resulted in significant traffic tie-ups, especially at the intersections of Bloomfield and Garden streets and Park Avenue,” Mayor Zimmer said. “Residents are concerned about the situation so this action was a necessary at rush hour periods.”
Effective April 21, the City is altering the traffic flow in the area. Between Washington Street and Park Avenue, both 15th and 16th streets will be closed from 8 am to 12 pm. At 9:30 am, 14th Street between Willow Street and Park Avenue will be closed for paving. The traffic light at 14th Street and Willow Avenue will be in a “blinking” mode with six sheriff’s officers and two Hoboken Police officers will direct traffic in the area.
Hudson County initiated the month long road resurfacing project last week. Work will continue throughout April on the following dates, which are subject to change. 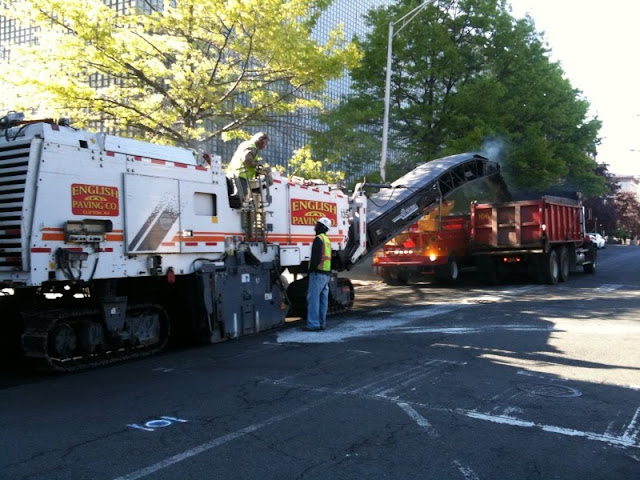