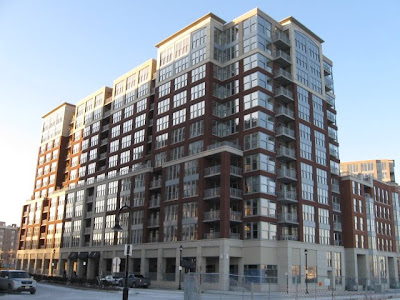 The Washington Times on Monday released a story highlighting the rich benefits of being a resident of Maxwell Place here in Hoboken.  Among the perks of having some lovely neighbors, you can count among them the former Governor Jon Corzine and the current Senator Bob Menendez.

Times may be tough and your Condo Association may have some potential new neighbors coming and going but how much more appealing would it be to potential new buyers if you could show them a million dollar bank account courtesy of Uncle Sam?  Hey, doesn't every condo?

Mayor Zimmer who had voted against this monstrosity of pork laden self-interest, commented to MSV in an email statement yesterday, "Concerned resident Jim Doyle raised these issues at a City Council meeting some time ago.  I was extremely concerned about it, as were a few other City Council members.  Going forward, I will do everything in my power to make sure we do not repeat mistakes.  Hoboken will seek grant opportunities only for the benefit of its citizens.  We must do everything we can to safeguard our reputation to ensure that our City is seriously considered for future grant opportunities."

Now People complain and rightly so Hoboken has one elected official holding a subsidized apartment when qualified civil servants such as our police and fire could use them.  But this Maxwell Place feeding at the trough of the taxpayer makes Councilman Russo look like a real piker.  Some say Mr. Russo controls not only a taxpayer subsidized rental unit at Church Towers but he may have added another unit to it via marriage.  That rumor is unconfirmed but it suggests the typical acceptance by the public it could in fact be the case.

The Washington Times piece also quoted a Steve Ellis, Vice President of Taxpayers for Common Sense, "That same $8 million could have been used on other worthwhile projects."

Yes, but how would that benefit Maxwell Place owner Sen. Bob Menendez?

Now who wants to show some guts and try to reclaim the taxpayer dime?  Maxwell Place is situated in the 2nd ward of Councilwoman Beth Mason.  But anyone among our elected officials is welcome to come up to the plate and smack some balls off the wall.  Then again the Councilwoman did a little logrolling with the Senator when she held a fundraiser for him at her home and then also attended another dinner with President Obama, reportedly via the Senator's gracious assistance.

If not, there's our friends the boys of summer in Newark from the FBI.  But who would let them take on such a monstrous investigation of pay-to-play?  Attorney General Eric Holder couldn't even stomach taking on the New Black Panthers brandishing clubs in front of a polling station.

In comparison, this $8 million taxpayer swindle looks elegant.  Can your condo association find a way to use a million bucks or so?

Correction: A local Hoboken resident says Senator Menendez resides on Clinton St. not in Maxwell Place.  MSV apologizes if this is in fact in error and notes the Washington Times linked the Senator to six figure campaign contributions from the respective developers on the project.  So the pay to play is most definitely still in play. 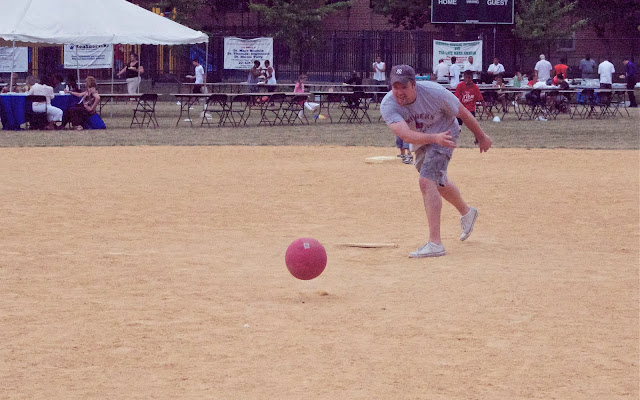 Bouncing one in the dirt was a strategy not a shortcoming for Councilman Dave Mello pitching at Saturday's kickball event.
.
Word on the street is Dave and the Jolly Green Giant Kurt Gardiner at the Hoboken Journal share the same birthday.
Happy Birthday to the Councilman and the Bard of Hoboken.
There's some Grist for the Mill, Hoboken Committee Edition coming around the bend.
Part 2 of the Mayor Zimmer comprehensive interview is coming up to the plate too.
Posted by SmartyJones at Wednesday, June 09, 2010
Sign of the Times: HHA Health Fair last Saturday
2010-06-09T18:51:00-04:00
SmartyJones
HHA Health Fair last Saturday|
Comments

MSV is confirming the Column B endorsed Mayor Zimmer backed slate of candidates for the Hoboken Democrat Committee will likely be declared victorious on Friday.  A well placed source indicated the final numbers of the victory will be confirmed at week's end but only after a still unknown number of outstanding provisional ballots are tallied.

Late last night, MSV stated the likelihood of a 38-33 outcome but this may still shift changing the final numbers before the election is finalized.  The election result itself however will most likely not see a dramatic turn from that baseline.

Part of the concern in calling the election winner is the disproportionately high number of absentee ballots.  Those numbers produced significant turnarounds in several races.  In district 4-3 (first number indicates the ward), Frances Jennings appears to have been defeated by Evelyn Lopez with nine absentee ballots being the difference.

Similarly, Ann Graham looks to have fallen to Marilyn Morales under similar circumstance with nine absentee ballots being decisive in the outcome.

In the 5-5, 17 absentee ballots for the Petrocelli's has undone the chances for Brian Assadourian and Ann Marie Bonner.

Until the provisional ballots are counted, the Column C "Real Democrats" led by Michelle Russo, wife of former mayor Anthony Russo are not dead.  Not yet.

Email ThisBlogThis!Share to TwitterShare to FacebookShare to Pinterest
4th OF JULY FESTIVAL NOTICE
In addition to being a prime location for viewing the annual Macy’s fireworks show over the Hudson River, Hoboken will also present a special 4th of July Festival along Frank Sinatra Drive between 1st Street and approximately where Sinatra would intersect 7th Street from noon until 10pm.
The festival will feature artists, crafters, photographers, food vendors, rides, games, live music and more – all against the gorgeous backdrop of the  skyline.
Information and an application form for reserving vendor space is available at this link:
http://hobokennj.org/docs/cultural/July4thApplication2010.pdf
The City is also seeking musicians who wish to perform.  For additional information, please contact the Cultural Affairs office at 201-420-2207.
Get the latest  news:
Website | Facebook | Twitter | RSS


Movies Under the Stars is scheduled to kick off tonight at 9pm at Pier A Park with a showing of "Up in the Air".

The film may be canceled due to rain or threat of rain. A decision will be made by 5pm.
For updates, check the City’s Twitter (http://twitter.com/cityofhoboken) or Facebook (http://facebook.com/hoboken) accounts or call 201-217-4077.