The World Cup, the world's most viewed sporting event kicked off yesterday with the host country South Africa kicking off the first match with Mexico.  The game ended in a 1-1 draw, not a bad result for either team.

For many Americans, the game is not understood; they did not grow up playing and can't appreciate the subtlety of the art within the chess game without that experience.  A Magic Johnson half-court pass they can, but ask yourself how much more beautiful would such a pass be if you could do it with your feet?  Regardless of appreciation, more US children are playing soccer than any other team sport - combined.

Today the United States fields a team with about half a dozen starters with international experience and acclaim, Goalkeeper Tim Howard from New Brunswick among them.  They will be tested by one of the top teams in the world: mother England.

Billions of viewers will watch the tournament and at least two billion will watch the final of the month long competition.  Nothing speaks to national fervor more than the World Cup.  Nations rise and fall based on the outcome of the World Cup finals.  Four years ago, a stylish Italian team mixed a rock defense with an explosive offense to take the crown.  Hoboken broke out in a celebration as Italians joined them around the world.  Who will win this time?

National pride is on the line.

MSV received this notice from Gerard, a local resident:


There will be a gathering on Saturday, June 12th @ 8:00 PM to mourn the recent loss of another tree in Church Square Park.   Many of Hoboken’s citizens are tree lovers and the unfortunate loss of another tree will provide an opportunity for the citizens to pay their respects and spend a bit of time together.  This event is not political, all are welcome, but it is requested that any and all politics be left at home. 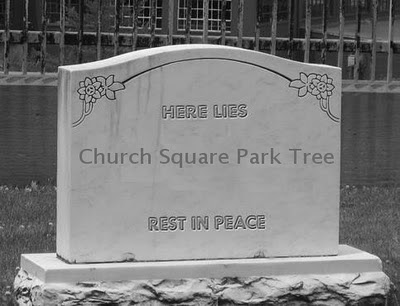 Mourning the loss of a tree 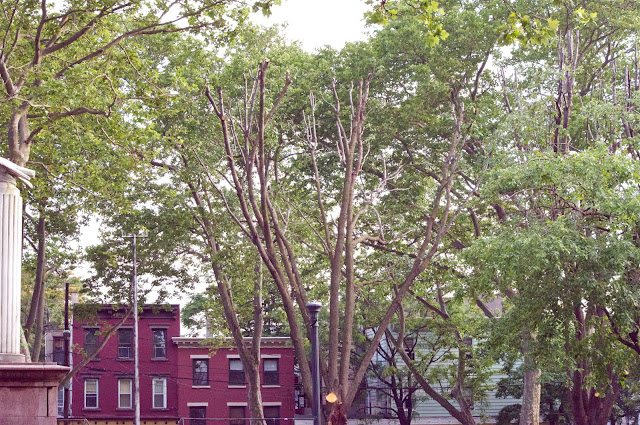 A number of trees were pruned.  But is this an example of pruning?  A chance meeting while taking photos with Hoboken resident Mary Ondrejka who was walking through the park led to a passionate concern about a couple of additional trees.  Mary pointed out two she felt were destined for destruction sooner than later and questioned the technique of the workers.  On the charge of excessive cutting, this may qualify as a legitimate example. 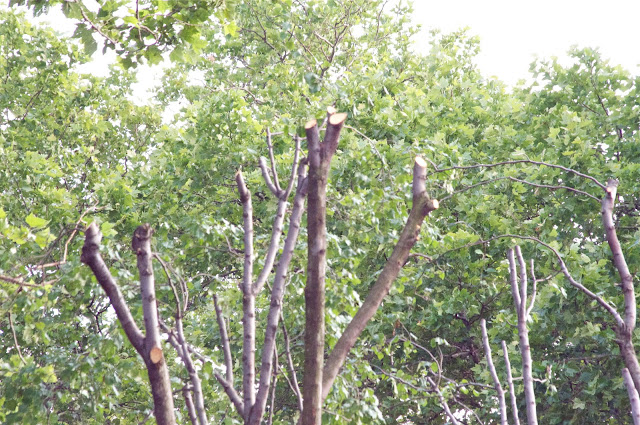 A top view, is this "pruning" proper technique leading to a better chance of a healthy outcome?  MSV is unsure.  Da Horsey is no arbor specialist and doesn't claim to know. 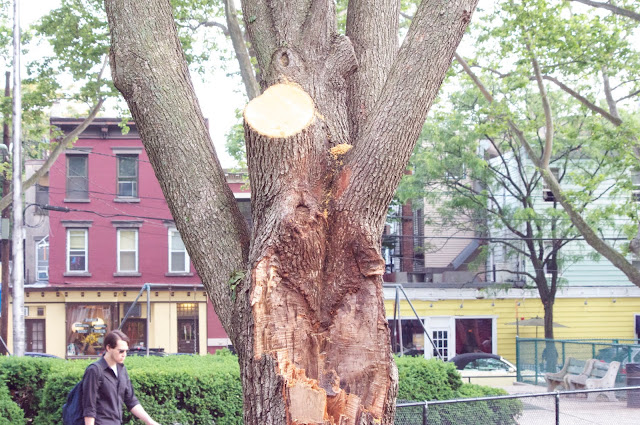 A tree with a healthy future?  Mary felt two trees were at risk and would eventually be cut down as it's more profitable for the tree removal service to do so.  She claimed the tree that had been cut down could have been "strapped" and would have done fine. 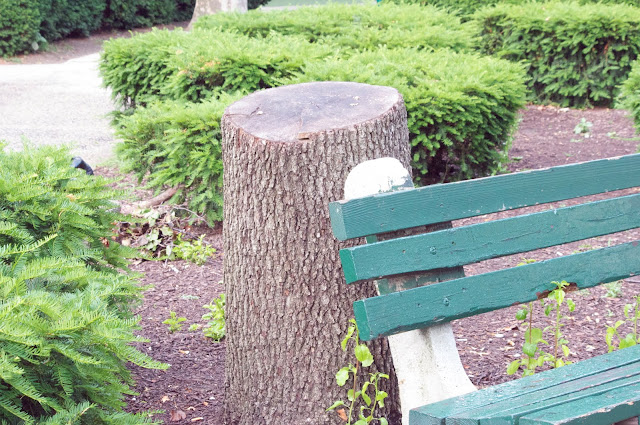 Although the city committed to replacing the tree removed in the middle of the park, at least two other places showed earlier removal as this one above.  If the city isn't interested, would citizens raise funds to do so similar to the parent's group Project Play?
Graphic: Tombstone courtesy of the Hoboken Journal.  All rights reserved.
Posted by SmartyJones at Saturday, June 12, 2010
Tree Mourning Vigil in Church Square Park
2010-06-12T10:51:00-04:00
SmartyJones
Hoboken Church Square Park Tree Mourning Vigil|
Comments