The Office of Assemblyman Ruben J. Ramos, Jr. announces:
Assemblyman Ramos’ Bill Successfully Passed Out of New Jersey General Assembly
—Today, Assemblyman Ruben J. Ramos’ bill A2572 successfully passed the New Jersey General Assembly by a vote of 52-25-1.
This bill allows a municipality that is adjacent to two or more municipalities which are designated as urban enterprise zones, to receive assistance from the New Jersey Redevelopment Authority.
Assemblyman Ramos said, “This bill will offer a positive impact for both  and , as both municipalities border two Urban Enterprise Zones.  As the State experiences a budget crunch, we are excited by the prospect of additional funding for qualifying municipalities in the district.
“This legislation will be extremely beneficial for the City of  while we continue to advance legislation to designate the  as an Urban Enterprise Zone.
“I wish to offer my gratitude to Assembly Majority Leader Cryan and Assemblywoman Quijano who worked to ensure that this legislation moved forward.”
The bill was passed by the Senate and now heads to the Governor’s desk to be signed into law.
####
Posted by SmartyJones at Tuesday, June 22, 2010
Urban Enterprise Zones to receive assistance
2010-06-22T15:32:00-04:00
SmartyJones
Enterprise Zones to get assistance in NJ|
Comments

Up to bat tonight is the City Council tackling the real issue of where to put a temporary Municipal Garage.  Since the list announced by the mayor's office, there's been a real lack of heat on the issue.  Perhaps the 3rd ward residents realized they had been victimized by their councilman, Mike Russo, the hobo over at Hobo411, neighborhood real estate interests and political operatives who had participated in a rumor mongering paranoia campaign.

It'll be interesting to see who shows up from the 3rd ward and also the public as a whole.  More interesting will be who stands up to speak on the matter and offer their own perspective on NIMBY and what other location should be considered instead of their own.  There are some interesting selections available from Jersey City to the aggressively priced Pino's.

Hopefully we'll see some real hard work done by the City Council and not a partisan show with grandstanding wasting our time and money.  There's been far, far too much of it. 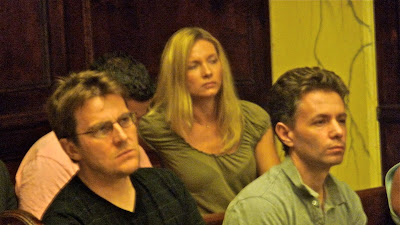 3rd ward residents' attendance has been falling since the Sunday Special meeting.
Will they show up tonight in big numbers or do they know they have been used?
Da Horsey will be reporting from City Council Chambers and providing onsite observations over at the Hoboken Journal's live chat.  The Jolly Green Giant is running the best live commentary on the City Council proceedings.

There's a long agenda other than the issue of the Municipal Garage so this could be a late evening.

Tune in to the Hoboken Journal for some laughs to get you through it: 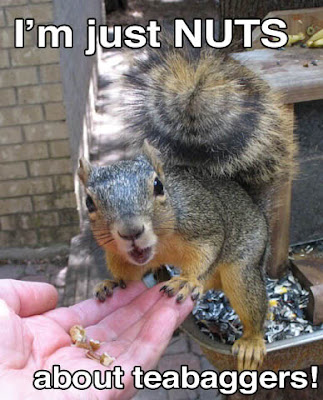 Hoboken is known as a non-partisan election environment and that's actually allowed a historical bloodletting among the reform movement several times over many years.  When the banner is raised over many heads, the old guard and more importantly the old practices have reigned far longer as a real result, pun intended.

The Hoboken Journal posted a story attempting to decipher the more modern conflict of a Democratic Committeeman, Ricky Mason, husband of Beth Mason donating to a partisan BoE election slate: Real Results.  In this case he shows the checks from ELEC totaling $5700 in what must be considered a family donation.  Is there any other kind?

Since Sen. Robert Menendez not long after attended a fundraiser on his behalf at the Mason household, we're not sure what this says more about, Hudson County politics, Hoboken status chasing or just the nefarious sides of the same coin.  Pretty sure Bob cashed the check.  He cashes all the checks.  Just ask the developers at Maxwell's Place who got millions in taxpayer monies for their poor condo.

Regardless, MSV had seen this ELEC information a while back and it's publicly available.  It may arouse consternation among some Democrats in Hoboken.  The bottom line is when you are chasing dreams of power, compromises are often made.

Hoboken is no better than anywhere else.

Talking Ed Note: Da Horsey differs with our colleague, the big green vegetable at The Hoboken Journal with the use of the term teabagger, a political perjorative taken from sexual practices among certain people.

It's important to note that even in the Netherlands, voters recently rejected tax and spend policies, or the newer version here of spend and tax as unsustainable.

Soon enough we'll all be Greece (and teabaggers).

This squirrel was not injured in the shooting of this picture.  Later however he was made into a fine stew for a couple of dobermans.  Moof, moof!

Related: MSV noted the moral support from Ricky Mason for Real Results in a letter to the Hudson Reporter in an earlier winners and losers column.  Later MSV saw the ELEC report of the check for $5700 but that hardly came as a surprise.  This may be the case of my enemy (or in this case family enemy) is my friend than anything else.  Councilwoman Mason knew the mayor had again endorsed Kids First and may have simply sought to deal an electoral defeat to her of any kind.

Councilwoman's political operatives at Hoboken411 got the message earlier and pushed hard for Mayor Zimmer's endorsement to fail, pushing the Real Results slate hard.  The group finished a distant third.

MSV is not sure there has been another ELEC report since.  It may show additional and final contributions for the BoE campaigns.

Update: 12:30 - A source privy to the details says there is nothing major in a final TBD Real Results ELEC.  Just a small donation and nothing notable.