The Secret Life of a Wannabe Shark re: The Downfall

An MSV Exclusive Series
Dateline: Hoboken, NJ.  The disappearance of a known Weehawken scummy bottom feeder is the talk of the town.  His exposure first revealed by Dr. Dark on NJ.com's Hoboken forum has led Da Horsey to a secret tape made at a time in the not so recent past.

This could really blow the lid off the investigation underway.  Much of the information has been compiled and transposed for the federal prosecutor in Newark.  It's safely locked away with a third party so don't get your hopes up.  You'll disappear before the information does. 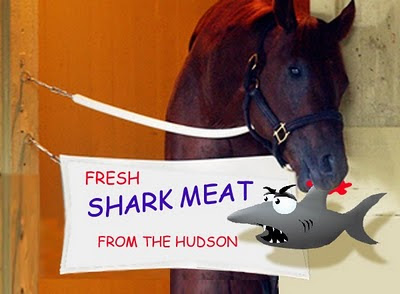 So James, my former would be bottom feeding triathlon friend and boxing/wrestling no show coward, Hoboken is dropping the dime on you and the pile is growing ever higher.  Are you ready for your close up yet?  You have a turncoat in your midst. Remember James, he who deals last, deals least.

For those who think shark week is over, let's dispel that thought once and for all.  It's not only shark week, it's full out wannabe shark season.

Let's keep you burning on the barbie and throw you over the coals for a spell.  For a good long spell.

Patch.com just published his feature on fourth ward candidate Tim Occhipinti.  His work is top notch.  It's absolute must reading.

Now just what reading are the boys of summer doing down in Newark this summer?  We highly recommend Timothy J Carroll's reporting at the top of their reading list.

Sign of the Times: Lead in to the big show

Here are a few shots leading in to the show taken from Castle Point Terrace.  More pics over at the Hoboken Journal.  The Jolly Green Giant was on the ground and is more attentive to the skies now for helicopters and such.  Of the group we were with during the flyover, no one else saw it but foilage prevented a shot.  The JGG got a nice pic of it. 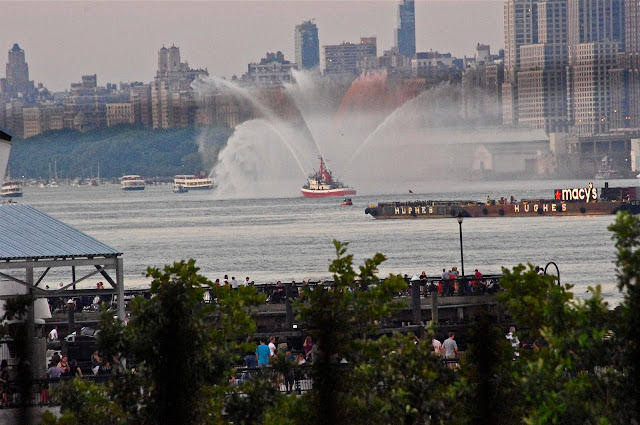 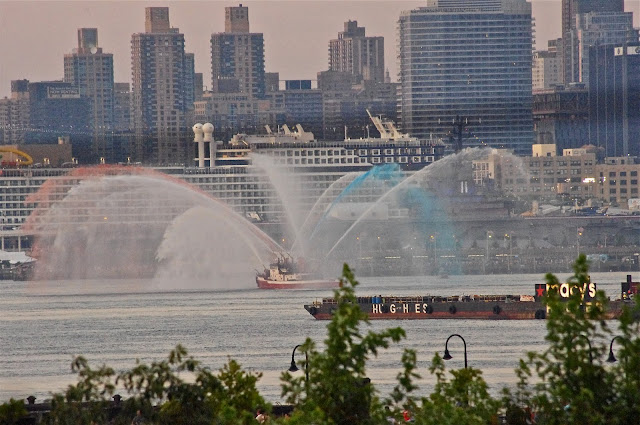 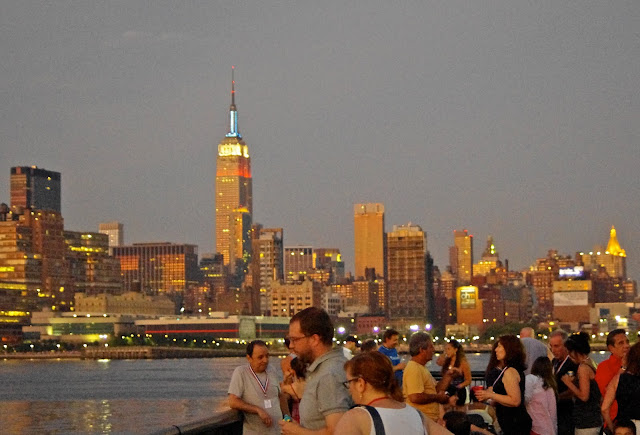 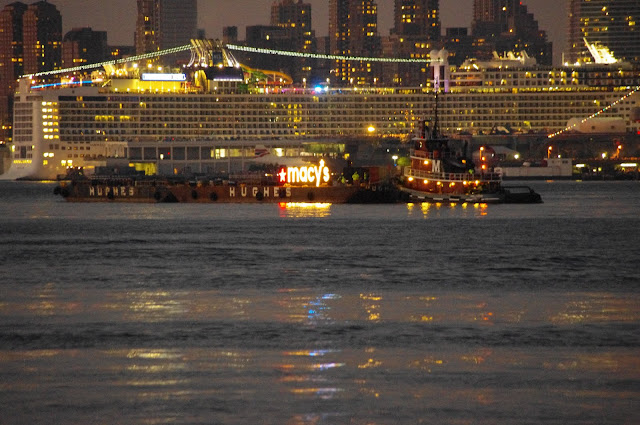 For the second year in a row, Hoboken couldn't be beat as the place to enjoy the Fourth of July during the day and watch the big show at night.