Wot does Paul the Octopus say?

The most famous prognosticator in the world currently has this morning picked a clam and declared who the World Cup Champion will be this Sunday: Spain!

The famous octopus has correctly predicted many a match for Germany's national team in the World Cup including the victory over England. Then it created some chagrin in Germany when it selected Spain the winner in the semi-finals.

Death threats across Germany came for Paul to be cooked and eaten while Spain's prime minister asked for Paul to be given official protection while another government official declared Spain a safe haven for Paul the Octopus.

Paul the Octopus has been making predictions for the Germany National Team since the 2008 European Championship. His tally of 4-2 included an error in picking Germany over Spain in the championship game.


Does Paul get this final match prediction right?

In other ground hog type prognostication news, Mani the parakeet has picked the Netherlands to triumph Sunday. His owner expressed total confidence in Mani's choice.

Reaction to the semi-final in both Spain and Germany.  At least 2 billion people will watch the World Cup final on Sunday.  Telecast in the US will be 1:30 on ABC.

What happens when the handlers mishandle? 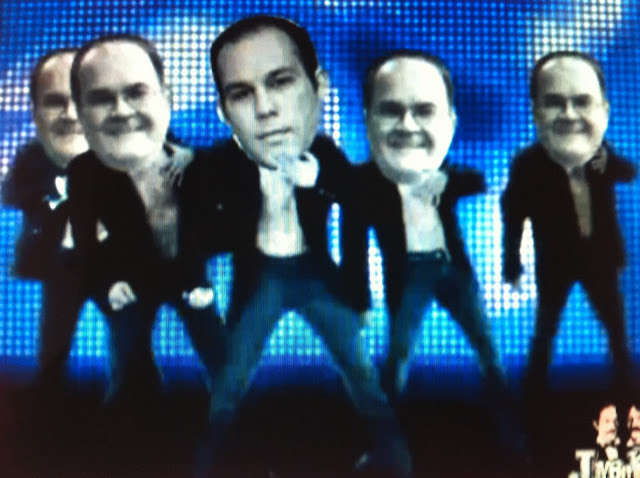 Council candidate Tim Occhipinti has been adding to his old guard support and in doing so lost the shred of independence cred he had in his first go round seeking a seat in Hoboken's legislative body.

It's an uphill challenge in some respects going up against someone with decades in the Hoboken political space and the documented experience of working inside and outside Hoboken government the current Councilman Mike Lenz brings to the table.

One upside might be the national tone about incumbents but that's not likely to work its way to the town level although Tim would certainly hope so.

The recent misfire on the pool opening with Tim's comments echoing the complaint of chief of propaganda for the Beth Mason exile-in-government's Hoboken411 leaves no doubt that the old guard handlers are not doing Tim any favors.

""Without any explanation to residents, The City of Hoboken will delay using the municipality's only community pool by two weeks," said Occhipinti in a statement sent out last week.


Now a spokesman is a typically nice way to get your comments out to the public and limit any potential miscue from the candidate.  So this was reviewed and approved by unseen others.  But it's all wrong on the basic fact.  The pool is not opening later than last year but Occhipinti who one reader here notes sits on an advisory board for the Boys and Girls Club is not aware of that publicly available information.  Or is he?


To make matters worse, his claimed phone call to City Hall last Friday with an inquiry leading into the the Fourth of July holiday weekend appears to never have occurred.  Hoboken Patch outlines the details of a story first published here on MSV and gets to the bottom of it with the major players.


It doesn't look very good for Tim Occhipinti.  Whatever he's paid his handlers, the guy deserves a refund.


Talking Ed Note: The handlers appeared to lower the volume on the shrill scale after an initial letter appeared from Tim Occhipinti in the Hudson Reporter.  That was probably a wise decision considering this town is tuned out and tired from a never ending election cycle.  The new Tim voiced a less confrontational style saying he would be open to working with the mayor.  That was a wise move.  You can't get any traction going from 9 to a 10 on the shrill scale with an election months away.


But just why is Tim Occhipinti running?  Based on the pool miscue, competence is now going to be an issue in the campaign.  His competence.


Related: Tim should get one of these.  They are readily available and I hear a little fishy minnow in Weehawken could be available really, really cheap.  Especially if it's combined with a reduced price and Bet Mazin subsidy.


Photo: Tim Occhipinti and one of his "handlers" Maurice Fitzgibbons as depicted in a political satire video now up at the Jolly Green Giants on the Hoboken Journal.


Pump up the volume!