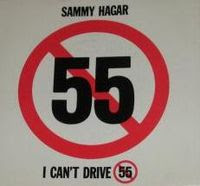 City of Hoboken announces:
INEXPENSIVE MEASURES REDUCE VEHICLE SPEEDS ALONG
In response to resident concerns about excessive vehicle speeds along  between Hudson and Garden Streets, the City of has implemented inexpensive measures which have reduced speeds by up to 8 percent.
The improvements include repainting the stop bars, "stop" letter markings, crosswalks, and adding shoulder striping to narrow the travel lane. The purpose of this last measure was to reduce vehicle speeds along the section of roadway.
Vehicle speed studies conducted before and after the improvements found an 8 percent decrease in East-bound average vehicle speeds and a 5 percent decrease in West-bound vehicle speeds.
“Paint can be surprisingly effective and cost thousands less than other options,” said Transportation and Parking Director Ian Sacs. “This is a first step at calming traffic and improving the safety of the street, and it should go hand-in-hand with enhanced enforcement efforts.”
Despite public perception of the street being a “speedway,” the “before” speed survey indicates that the average speed of vehicles on this street is below the posted speed limit, although there are still vehicles that exceed the limit.
The "after" survey demonstrates that an appreciable and noticeable difference in vehicle speeds is successfully attained by the simple and inexpensive striping measures taken.
Link: http://www.hobokennj.org/news/inexpensive-measures-reduce-vehicle-speeds-along-15th-street/
Get the latest  news:
Email | Text |Website | Facebook | Twitter | RSS
Posted by SmartyJones at Tuesday, July 13, 2010
Sammy Hagar alert
2010-07-13T19:14:00-04:00
SmartyJones
Hoboken 15th St. speed limits|
Comments

Below is the complete engineer report leading into tomorrow's City Council meeting on using this site as a temporary parking location for vehicles moved out of the Municipal Garage schedule for sale August 13th. The report states no maintenance work will be performed at the location and the site may be used to park city vehicles anywhere from six months to five years.

Timmy O: "I'm on the board but speaking only for me" 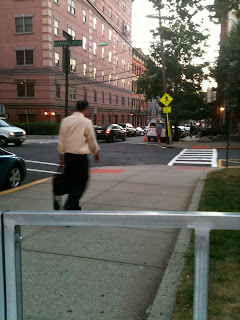 In the never ending saga of how to find your nostrils below the waterline in a pool, 4th ward candidate Tim Occhipinti has now added a clarification at Hoboken Now to go with his earlier criticism on Hoboken411 that the city kept the Boys and Girls Club pool from opening "with no explanation" as stated on his website.

That planted "story" was posted on Hoboken411 and has led to a litany of criticism after stories appeared here on MSV, Hoboken.Patch.com, the Hoboken Journal and Hoboken Now all pointing out numerous contradictions in Tim's assertion.  MSV originally sourced the true facts of the story based on the efforts of Hoboken resident Sean Iaquinto on his website.

As it turns out Tim is a member of the executive staff at the Boys and Girls Club - in fact a current member of its advisory board.  Last year Tim participated with many others in raising funds to have the pool open and this year the six weeks in the schedule saw an earlier date for the pool opening on July 19th.  This year there's been no community fundraising to add to the six weeks of the pool's scheduled availability.

MSV earlier contacted Tim to request a copy of his earlier release.  There's been no response to that request made yesterday.  Tim and his handlers appear to be following a script where they coordinate an attack through Hoboken411 and restrict information through that propaganda vehicle. In this instance, the planted story accusing the city of "closing the pool without explanation" has blown up before taking hold.  MSV noted a similar media problem occurring in town in the short film, "James B, downfall of a wannabe shark."

It's somewhat ironic Tim Occhipinti has pointed a finger at the city for "closing the pool" when it hadn't even reached its schedule opening.  That scheduled opening was first announced back in May.

As a participating member of the Boys and Girls Club Advisory Board, why didn't Tim issue a dissenting view and voice an alternative, any alternative?  Once again, Tim's handlers have failed him.  MSV would like to identify who is culpable for such advice but understands no one will probably accept culpability.  In the famous words of former City Council President and Occhipiniti advisor Richard DelBocchio, "Things are happening here."

The 4th ward council seat up in November certainly warrants a full discussion of the issues and good debates among the candidates.  The fourth ward certainly deserves that.  To this point, Tim Occhipinti has gained publicity for his volunteer group launched last fall and done some good work.  But he's now gained notoriety for pointing fingers regarding an organization he's a current member of with a little probing from several local websites.  He however does appear eager to put that "issue" as he calls it in the rear view mirror.

To make matters worse, an effort to start a garden this past spring has turned sour with an expose by Grafix Avenger showing that effort dead and buried and apparently forgotten.

Another question still lingering is why Tim has only clarified he was speaking for himself and not the Boys and Girls Club after almost a week after coordinating the "story" with hate site Hoboken411?

Did Tim even clear his charge or notify anyone at the Hoboken Boys and Girls Club before doing so?

Photo: Tim Occhipinti leaving the Planning Board meeting last week.  The photo was submitted to MSV the next day.  Can Tim exit from the Boys and Girls Club "issue" he created without anyone noticing?

Related: The Hoboken Journal posted a picture with Tim Occhipinti working at the 5K race held yesterday in Hoboken.  Proceeds from the race are expected to go to the Boys and Girls Club and the Jubilee Center.
.
Posted by SmartyJones at Tuesday, July 13, 2010
Timmy O: "I'm on the board but speaking only for me"
2010-07-13T15:00:00-04:00
SmartyJones
4th Ward City Council Candidate|Hate411|Hoboken Boys and Girls Club|Hoboken411 pwned yet again by Hoboken media|Tim Occhipinti|
Comments

The agenda as follows:

The Boys are back in town No, not the boys you may be thinking but really this a revamped launch and a major website to take the stage in Hoboken's vast eating and drinking scene.

So no Mickey Rourke is not coming to buy drinks nearby for "all his friends" as he did in Barfly but then again, time marches on even for barflies not watching the clock.

If you are going to do it at least find a great deal to do it.  Thusly, MSV proudly presents, the new, improved, revamped:


EatDrinkHoboken.com.
Eat, drink and be merry.