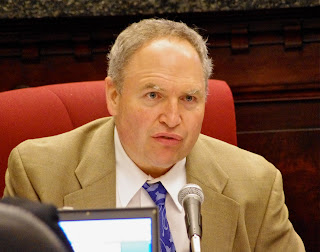 I supported Tony Soares for the North Hudson Sewerage Authority appointment because I believed and still believe he was the strongest candidate among several qualified choices and will do a superb job as a commissioner.  I thought and think Tony’s years of outspoken advocacy on flooding issues and his record of service on the Hoboken City Council and Zoning Board support this conclusion.  I was aware that the appointment included a small stipend and believed at the time that it included health benefits as well.  I recognized that every applicant for the position, including Tony, might have considered that compensation as a factor in deciding to apply for the position.


While I disagree with those who believe that individuals should not be permitted to serve on more than one board, I recognize that this is a genuine issue deserving of an open and honest debate.  With 20/20 hindsight, I also recognize that the events of last Wednesday have raised an appearance issue that is troubling to many of my friends and supporters.  I want to assure everyone that while I continue to believe that my vote for Tony Soares’ appointment  will well serve the people of Hoboken and in particular the residents of the 4th Ward, I hear their concerns and will consider them carefully in future decisions.


Talking Ed Note: Rarely does Da Horsey comment on comments as it's really considered the domain of the community.  But for the record, the picture of Tony taken with Michelle Russo was after his approval for the NHSA appointment.

Also the +/- system has been removed.  Some feel it can discourage a minority perspective and so that option is no longer available.
.
Posted by SmartyJones at Tuesday, July 20, 2010
Councilman Mike Lenz - statement on NHSA appointment
2010-07-20T17:25:00-04:00
SmartyJones
Councilman Michael Lenz|NHSA|Tony Soares|
Comments

Mayor on public meeting - 'let's do it again'

MAYOR ZIMMER THANKS RESIDENTS FOR COMMUNITY INPUT AND ANNOUNCES ADDITIONAL MEETINGS TO DISCUSS DEVELOPMENT
Mayor Dawn Zimmer thanked residents for their participation in last night’s public meeting to discuss safety improvements along  and announced that in addition to two previously announced public meetings to discuss  and a Pedestrian and Bike plan, there will be additional public meetings to discuss redevelopment in .
“I want to thank all the residents who came out yesterday and shared their creative ideas for improving safety along ,” said Mayor Zimmer. “We plan to replicate the successful public process we saw both last night and for the  Viaduct planning to discuss development in town so any plans reflect the community’s vision for our City.”
The City is studying redevelopment in the Southwest area and Western Edge of Hoboken.
In late June, the planning board awarded a contract to Clarke Caton Hintz to conduct a study to determine if the Southwest is an area in need of redevelopment. Whether through zoning revisions or a redevelopment plan, the City is planning a visioning process to include the public’s input on the future of the Southwest area. The schedule for that process will be announced shortly.
In addition, the City is currently drafting revisions to a Western Edge redevelopment plan. Mayor Zimmer will soon announce dates for meetings so that the public can participate in providing revisions to reflect the community’s vision for the area.
“My Administration is committed to listening to the community’s input and changing the way development is done so that future plans reflect the vision of Hoboken residents,” added Mayor Zimmer.
Link: http://www.hobokennj.org/news/mayor-zimmer-thanks-residents-for-community-input-and-announces-additional-meetings-to-discuss-development/
Get the latest  news:
Email | Text |Website | Facebook | Twitter | RSS
Posted by SmartyJones at Tuesday, July 20, 2010
Mayor on public meeting - 'let's do it again'
2010-07-20T15:32:00-04:00
SmartyJones
appreciates public viewpoints|Hoboken development|Mayor Zimmer seeks|
Comments

American Pie a classic musical anthem has been recast by the Bard of Hoboken. The above youtube generated some new lyrics brought to you by Kurt Gardiner of the Hoboken Journal.

Apparently, these new lyrics were inspired by the sawdust master of punditry, the poster plywood.

You gotta love this town. 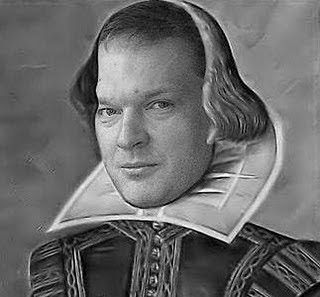 Here are the new lyrics brought to you by the Bard of Hoboken:
Bye Bye Ms. Develop or Die!:
A long long time ago
I can still remember
How that high rises used to make her smile
And I knew if she had her chance
That she could make those developers dance
And maybe they'd be happy for a while
But D variances made me shiver
With every favor she'd deliver
Bad news to the taxpayer
She couldn't take not being Mayor
I can't remember if I cried
When I read about yet another bribe
But something touched her deep inside
The day that development died.
.......
So bye bye "Ms. Develop or Die!":
Ran her campaign with the Russos but the levee was dry
And them developers were drinking whiskey and rye
Singing this'll be the day that we'll die
This'll be the day that we'll die

The Hoboken Journal has added a second verse courtesy of another reader here:

The 2010 Motherlode of all variances

While there have been efforts to examine the traffic patterns in the southwest part of town, most people know driving in and out of town downtown during rush hours is a sizable task. Although the study is going to provide some useful data to help Hoboken consider its options, it can't change the reality of density.

With that, there is an item on Hoboken's Zoning Board this evening for a variance so a developer can add 350 condos at 38 Jackson Street.

Since Hoboken is already overdeveloped and the real estate market is softer than a Mr. Softee ice cream sitting in the midday sun, you have to wonder what's the purpose of such a request?

The public gets a chance to sound off on the project so if you are feeling riled up by recent events, here's an opportunity to speak and have the community heard.

Perhaps you will think traffic, density, and the like are good things.  If the area's property values are further saturated it could put ownership in reach of more families.

That means more diversity all around.  People love diversity.  It could become the new buzzword since transparency is apparently fading into oblivion.

Since yesterday's story posing questions on the legality of the City Council making a second board appointment, it's been more quiet than the "Silence of the Lambs." 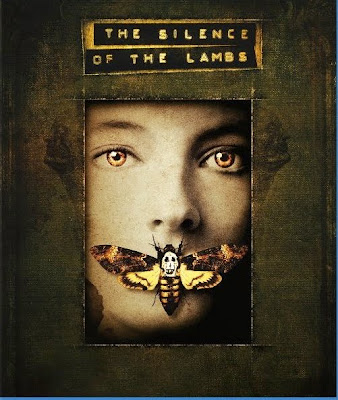 MSV did a interview late Thursday with City Council President Carol Marsh.  All City Council members were contacted yesterday with everyone who voted yes in the to column and those who voted no were copied.  There's been no response to this point.
We'll keep you posted.
Tonight: Hoboken Zoning Board, 7:00 pm @ City Hall
Agenda now posted:
http://www.hobokennj.org/docs/board/zba/agenda/zba_agenda_07-20-10.pdf
Talking Ed Note: There's another ongoing larger scale Tarragon project MSV mentioned previously in a "Sign of the Times" post that is a huge, but our headline has a double meaning.  That discussion is still ongoing.
38 Jackson St. is currently zoned for two stories.  The variance being requested is for residential from industrial zone for two 13 stories, 135 feet high.
Paging Dan T, paging Dan....
.
Posted by SmartyJones at Tuesday, July 20, 2010
The 2010 Motherlode of all variances
2010-07-20T09:00:00-04:00
SmartyJones
350 unit condo|38 Jackson St.|Hoboken Zoning Board|
Comments