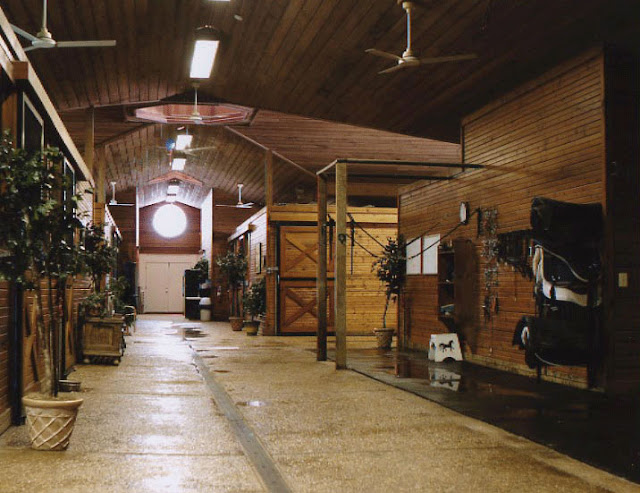 The following Guest of the Stable story comes from retired Police Captain Ed Mecka.
MSV understands it's been submitted to the mayor almost simultaneously.

I have reviewed the PBA funded analysis of the DLGS (Division of Local Government Services) audit of the Hoboken Police Department.

Unfortunately, I agree with the conclusions of Northeast Labor Consultants, Inc. that the DLGS report regarding first line "patrol" officers is based on errors, miscalculations, omissions, and contradictions.

Mayor, as a 28 year veteran of the Hoboken Police Department, I sincerely advise you to give the NJ DLGS the opportunity to re-evaluate their report with respect to the PBA analysis.

The DLGS report was generated under the same State Government Administration that routinely approved each and every one of the Roberts Administration budget gimmicks that ultimately resulted in Hoboken's financial crisis.

Make no mistake about it, the only reason why the DLGS forced Hoboken to hire a "retired" DLGS employee as the State Monitor was to protect and isolate the DLGS from public scrutiny, and shield Gov Corzine from further public embarrassment during his re-election bid.

As you may know, I became actively involved in Hoboken reform politics in 1985. Since that time, I have been involved in countless reform issues. I am also a founding member of POG (People for Open Government).

Based on my years of "street and administrative" police experience WITHIN THE CITY OF HOBOKEN, I predict that the implementation of "your" proposed Police reorganization plan will result in "Zimmer" administration's inability to deliver "adequate, standard of care" public safety services.

I respectfully caution you to tread carefully with respect to public safety. No matter what advice you take, it will always be the "Zimmer Plan."

Feel free to contact me if I can be of assistance.

MSV had heard from Ed that a son was serving here in Hoboken.  We overlooked pointing this out and asked Ed for clarification and apologize for the oversight.

Hoboken the next Gaza Strip? 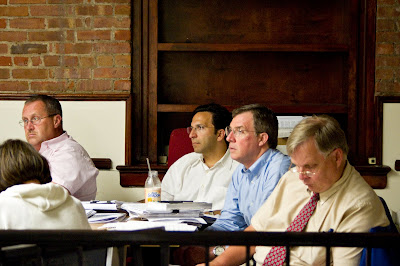 Hoboken already one of the most densely populated areas in the United States is facing decisions around new development.  If you enjoy the summer air and the Hoboken sewer system's contribution, along with the traffic patterns weaving through the back streets in an attempt to get in and out of town, you'll certainly appreciate the large scale designs being proposed by developers including the two most recent applications to the Hoboken Zoning Board.

An observer at the last meeting offered this report and MSV is printing the approved portion for public review.

In our last Sign of the Times the large scale development on upper Jefferson was in the mix.  This one is on lower Jackson St. and offer almost 350 condos.  That's three-hundred fifty.

Who wants to live in a monolith like that anyway in the fourth and climbing most densely populated area in the United States?

The Gaza Strip is the most heavily populated in the world.  A description of its density problems is described on Wikipedia as "...severly limited by high population density, limited land access, strict internal and external security controls..."

During last night’s Zoning Board meeting, the Board got to hear on the 348-unit variance request at 38 Jackson Street.  Dennis Shah, whose family owns the property, as well as his attorney and 2 architects, spoke about the project.  Members of the Board and public were allowed to question each of these individuals.  No decisions were made as the application was carried to September 21st.
At the September meeting, it is expected that the developer’s planner, engineer, and traffic consultant will make presentations.  Once again, members of the public and the Board will have the opportunity to question them.  There will then be a public portion where members of the public can get up and offer their opinions on the application, and make their case either for or against granting such variances.


The application itself calls for the redevelopment of an entire City block.  Some of the details include:


During the meeting, the developer and his team constantly discussed what they considered to be substantial community givebacks.  They referred to a specific area of the development as a “pocket-park” that would add much needed open and green space.  This drew heavy criticism by some folks, with one person calling it simply a ‘landscaped entrance’ to the building.  Another giveback was a community room that would be available to the City or any member of the public.  It would be owned by the developer and would be available to rent for a variety of purposes.


All in all, these givebacks equated to approximately 7,000 sqft.  However, as one member of the Zoning Board mentioned, if these variances were granted, the allowable square footage would increase from about 100,000 to 600,000.  Therefore, by allowing the developer to utilize an additional 500,000 sqft, the community would in return receive about 7,000 sqft worth of givebacks.  This specific Zoning Board member didn’t seem too impressed by that tradeoff.


Another topic of high discussion was the unit breakdowns of the proposed development.  Currently, the developer has the breakdown being: 19 Studio, 170 1-BRs, 139 2-BRs, and 20 3-BRs.  Several members of the public and Board discussed their desire to have a larger amount of 3-bedroom units.  The architects’ response was that these are planning details that could be addressed at a later point.  Not sure if they were referring to later when the Planner speaks, or later as in after the application process.
Lastly, many members of the public were concerned about the potential traffic problems that a development of this size could produce.  Mr. Shah passed on discussing this issue, as did both architects.  This should be brought up during September’s meeting when the traffic consultant speaks.
Photo: A picture of several Hoboken Zoning Board members at a recent meeting.

Related: Andrew Tavani posted a story on the meeting for Hoboken.Patch.com,
"Plans For New High-rise Unveiled at Zoning Board Meeting."