Getting one more lie out there on the Municipal Garage

Last week's big victory on the efforts to find a temporary cost effective solution for the Municipal Garage didn't come easily.  It came about only through hard work by a lot of people working to identify a solution with minimal impact on residents.

The process itself was arduous and from a public viewing perspective painful.  Some of the work necessitated quiet behind the scenes negotiations and a steady hand on the wheel to identify better solutions.  Several did eventually come into focus and the City of Hoboken is the big winner.

MSV has noted it already but we're going to restate it again; the newly hired Business Administrator Arch Liston (l) deserves a ton of credit.  Da Horsey has a nose for sniffing out not just the finish line but what's what.  The sense here was this was the person most likely on point.  Some behind the scene queries without Liston's knowledge confirmed that was in fact true.

If you are looking for someone to thank, this is probably your best choice. It says something about an executive to have enough confidence to pick a strong person like Arch Liston too.  But let's not steal his thunder.  He's more than earned his salary for the out of box thinking and big savings here.

There are more concerns in the process and Hoboken has to pass a state Department of Environmental Protection test but at this point one way or another it appears the city may have avoided the worst.  So let's give the proper credit where due.

The City Council members who quietly worked to make this solution happen all the while biting their lips and taking abuse and false accusations from misled residents and the Council of No deserve a generous amount of credit here too.  That was a real tolerance test and a took great fortitude to do the right thing and not give away the town's hand prematurely while negotiations were going on with numerous possible locations.  Then City Council President Peter Cunningham bore most of the responsibility being on point.  He did so with grace under fire.

But wait, there's actually someone else laying claim to saving Hoboken on this issue? Yes indeed and it's tied up with more lies as is typical of Pravda411 as one reader calls it.  Here's the latest flat out 100% lie from Perry Klaussen of Hoboken411:
Temporary Home – The City of Hoboken leases some garage space from the City of Weehawken. Yes, we write them the checks. Thanks to 411 for “shining the light,” it didn’t end up in your neighborhood!

Gee sorry Perry.  MSV already revealed that lie earlier, correcting Hate411 on that whopper.  He was and still is 100% wrong in stating Weehawken was "bailing" Hoboken out.  Sort of problematic when the temporary arrangement between the two towns is uptown within Hoboken's city limits.  A shared cost for usage between the towns merely saves even more money for Hoboken.

If you want a bigger Sunday laugh, take a look at this recent twitter emailed by a reader and submitted by Das Klaussen:
wonder why people are attacking me? Simple - cuz Hoboken411 is the only site that 's unbiased & un-bought 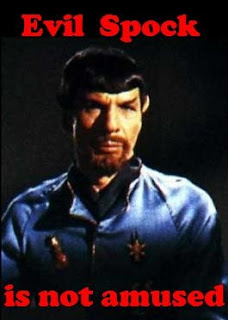 Sure Perry, somewhere in a parallel universe where evil Spock has also taken over the Starship Enterprise no doubt that's absolutely true.  When the lies are packed upon stacks of lies higher than a double serving of pancakes at Stacks Pancake House, sure you are absolutely correct.  Just not in this reality.

Now who is this person that just can't help stop repeating lies more often than in a Stalin Five Year Plan?  Here he is in a rare public appearance when Gov. Christie appeared in Hoboken.  Most people have no idea who this person is pumping out Hate411 into the community as he's so rarely seen at any public event talking to, you know, real people at Hoboken events.  Why bother?  Fiction is far easier and so much more fun.  MSV hears Perry considers this his constitutional right.  Call it the Hate411 First Amendment Rule: lying is fundamental.


The orchestrated rabble rousing hyped on the rumormongered Jackson Street location generated an Oscar worthy Al Sharpton imitation by Councilman Mike Russo and created some lovely drama with impassioned complaints by worried residents from the third ward.  Flyers distributed by local real estate interests helped to create panic among the ward's residents who came to the City Council fearing the worst.  That's the only prize here Hoboken411 is competing for though.  He definitely had the real estate flyers beat, but head to head with Councilman Russo, he came in a close second.
While the deceit was piled a mile square high, the real work continued behind the scenes with real possibilities being weighed in Jersey City, then uptown on Clinton St. and finally the latest and best solution on upper Willow St.  The city of course had to play its hand of poker out carefully to obtain the best negotiated price for the the taxpayers of Hoboken, something completely ignored by less than responsible elements on the City Council, also called the Council of No: Castellano, Mason and Russo as pictured below.

You can't blame the residents though.  They were in the dark and easily manipulated by these vultures.  As City Council meetings rolled on and the discussion moved forward in the light of day, attendance from third ward residents quickly dissipated.  When one real estate person tried to rouse them on behalf of the Jersey City solution with unstated profit seeking rhetoric spewing from his mouth, there was no reaction from the audience at all.  Most of the third ward residents who had attended had long discovered they had been had.  Those remaining were serious and focused on seeing through a real solution to the problem.

When the matter of a bond ordinance came up to give the city financial flexibility and possibly retain the original Municipal Garage location, several of these third residents outside the City Council Chambers were heard saying it had to pass, it was the right thing to do for the city protecting its financial interests.  Upon hearing this, Da Horsey told them the bad news - don't expect its passage that night.  They were stunned and couldn't believe third ward Councilman Mike Russo would jeopardize a huge unnecessary cost to the city.  Sitting in the rear of the meeting, they sat on their hands when Councilman Russo tried to elicit applause and take them one more time down his merry road of grandstanding.  Nothing but the sweet sound of silence.

At the next City Council meeting just days later, Councilman Russo spoke passionately about how he had weighed the whole matter and "given it a lot of thought" but he would not vote to approve the bond ordinance giving Hoboken the lowest loan terms.  Minutes later, Councilwoman Beth Mason's statement was drowned out by the crowd's applause as soon as she uttered she would reluctantly approve the bond ensuring six votes for passage.  In a stunning turn, the Russo clan quickly fell in line, voting to approve as Councilman Mike Russo and Councilwoman Terry Castellano abruptly joined the Council in a unanimous vote.

Which brings us to the last of this saga with one more fork in the road ahead. Councilwoman Beth Mason had a letter printed in this week's Hudson Reporter to "thank" second ward residents for working with her to keep the temporary municipal garage out of residential neighborhoods.  She also thanked her colleagues excepting those who actually led in the process to do so in the most responsible way.  This no doubt was her backhanded way of taking a shot at the mayor who had delivered under pressure and delivered big.  Her earlier attempt to mimick her Al Sharpton imitating colleague didn't get off the ground with the second ward residents.  Give her an A for effort though.

So just know in some of the millions of possible parallel universes out there, Das Klaussen is the salvation of Hoboken on the temporary Municipal Garage and Spock has overthrown Captain Kirk.  Now who is going to break the bad news to Beth?

Talking Ed Note: This unplanned feature on the Municipal Garage is dedicated to Das Klaussen, the self-proclaimed kingmaker of Hoboken elections.  Later this week, he and his minion who writes the fanciful political commentary will watch helplessly as their pal Peter Cammarano is sentenced to prison: trampoline not included.

Related: The Hoboken411 Stylebook or how you too can become a Hoboken411 minion and ghostwrite articles on Hoboken411.

Das Klaussen emails a legal threat to MSV.  MSV responds by mocking it, printing the threat in its entirety.

Hoboken411 goes deep into the sewer to use the Holocaust against the mayor.

Photo: the Council of No, courtesy the Hoboken Journal as originally penned by the Bard of Hoboken, Kurt Gardiner.