An emergency City Council meeting has been called for tomorrow night, Tuesday, August 10th at 7:00 regarding the sale of the municipal garage. The Council will be briefed by the City’s environmental and legal professionals, and requested to conduct deliberations in closed session due to the potential for litigation between SHG (Hekemian) and the City of Hoboken. A vote on a resolution to provide direction to the City’s redevelopment counsel, will occur in public session.

In addition, Mayor Zimmer announced that she intends to introduce the budget at the first meeting in September rather than the August 11th meeting. This action is necessary due to a number of issues, including further analysis regarding the municipal garage based on the results of the emergency meeting. In addition, further assessments regarding the cost of potential legal exposure in a number of matters must be completed prior to introduction of the budget, as well as a full evaluation of the number of potential retirements.

“The introduction of the budget is the beginning of the process for the City Council to perform its duty to review our City’s budget,” Mayor Zimmer said. “I want to provide the Council with the best starting point possible, and therefore my Administration needs additional time to fully assess the potential impact of significant issues related to the budget.” 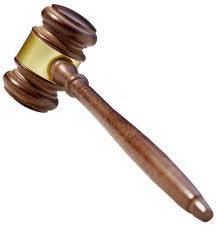 The City is clearing out and has a 10 day cure period while awaiting the State DEP certification. The Developer has been attempting to even sabotage the city leaving and they may have been trying to prevent the City from setting up ANYWHERE and vacating for this Friday's close.

Have you heard a peep from those people running the No on Jackson St. Website? Nope and we emailed them on developments as they were breaking. Nothing but crickets.  Part of the racket of deception?  They appeared to recently have been advocating for the developer's position.  Now why would they be carrying that pail?  Their issue was to keep the "threat" of the temporary garage from Jackson St.

MSV is breaking our usual protocol here in refraining from commenting on releases from the city to suggest there is a battle looming dead ahead.  It would appear the war will be surrounding the $2.55MM deposit as the Developer is now going to reap the reward for their earlier actions.

Now the whole developer's deposit may well be at risk.

There's don't mess with Texas and now there's a new sheriff in town with new rules here for developers. Word is hitting the street, "Don't mess with Hoboken!"

Let Hoboken411 and its deranged minions spin this with their web of lies and deceit as they've been working to sabotage the city's efforts to handle this properly and predicting failure to vacate the garage.

About to go down hard again. Enjoy! 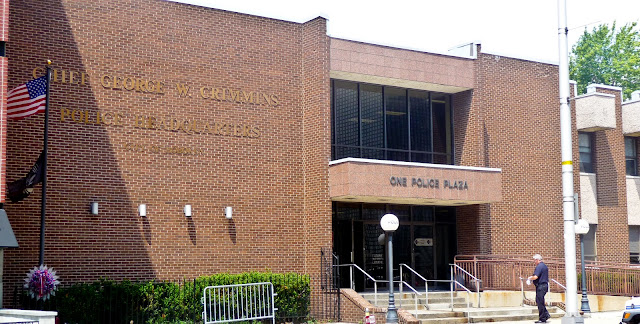 This last week brought Hoboken Police Department's announced layoffs to the fore.  One commenter, Frank posted some questions and concerns and MSV is highlighting it in a post as the issue merits evaluation and discussion.
Mr. SmartyJones
As for the audit, can you explain to me the breakdown Mr. Maplewood Chief recommended?  First, the current ratio is 3.3 to 1 which is the recommended ratio, the auditer recommended the same number of supervisor reduction they are currently implementing and also a reduction of patrol officers to 60-70 reducing the ratio to 2.1 to 1, how can that be good? It doesn't make any sense. That goes against every Law Enforcement Management book ever written, he should know that as a former Chief of Police.
He also recommends no Public Safety Director is needed but yet not one person, meaning the Mayor, Mr. Liston or the Council have made any mention of Mr. Alicea losing his position, Why? I, along with many have my opinion on that.
Can retirements save jobs, possibly, but where is the GUARANTEE the city will not continue to implement their plan even with retirements? They seem to have ignored everything from the rebuttal, to the 17 points to everything else.
Do me a favor Mr. SmartyJones and put aside the fact who paid for what audit or rebuttal or whatever and look at them for what they are. You can't see the obvious mistakes which were pointed out in the rebuttal compared to the auditers report?  They are taking this audit as if it were the bible and it was the most sacred thing ever written. The rebuttal brought out plenty of valid points and mistakes they auditer made but who knows if they even opened the book to read it.  An unbiased honest response would be appreciated and not a defensive Zimmer can do no wrong response.
Not sure why you request a "breakdown" the author recommended in the State report.  I'm aware of the written recommendation released previous to the State audit by Chief Falco who stated 28 additional officers would correct both "understaffing" in the department and it being "top heavy."  MSV had posted that comprehensive report last winter but concerns on Homeland Security prompted it being removed.
From strictly a civilian perspective the focus on one low paid Public Safety Director position considering all that is at stake is counterproductive.  It has the smell of a personal vendetta against the occupant.  That doesn't serve the police department’s membership well as they are focused on livelihoods right now.
At the mayor's City Hall press conference, MSV did get in a late question asking about jobs being saved with retirements and asked if such could be useful.  That last bit didn't get posted on our unedited video clip.  It came at the end and youtube has a ten minute limit on videos.  For the record, Mayor Zimmer described the early retirement idea as a "sore point" Hoboken having just paid out more than $4 million due to the error in that process under the Roberts Administration earlier this year.  However, that hardly closes the door to the idea.
It would be beneficial to see the Hoboken Police Department not loose so much of its youthful vitality.  In order to do so, efforts should be made between the police union’s representatives and the office of the Business Administrator to expedite this possibility exploring those senior officers who may submit retirement papers.  They should be encouraged to do so and not rule out the possibility by asking for a guarantee up front.
Did see commenter FAP's response earlier and have to say some of what he writes resonates.  The 17 point statement union response was posted last week without editorial comment but it read somewhat disjointed and lacking in the focus it should have been written: to persuade.  It comes across as lobbing a kitchen sink or more to list grievances and complaints.
Familiar with the police audit and most of the other documentation but not the complete police union report in total.  As civilians most of us are not able to fairly conclude on the management theories advanced.
The current national and state economic health, nor its immediate future appears especially promising and that means Hoboken can expect a rugged environment as well.  Seeing anyone lose their jobs is a unnfortunate reality of our times.
Let's find some ground to save as many jobs of our young police officers as possible. 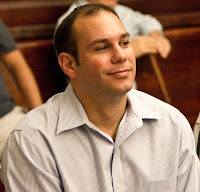 Recently the state gave Mayor Dawn Zimmer approval to proceed with significant cutbacks within the Hoboken Police Department, resulting in the termination and demotion of 37 officers. While we all recognize the need for fiscal responsibility, I have concerns that these cuts can pose a significant threat to the safety and security of the citizens of Hoboken.


Contrary to the mayor's claims that this will not reduce the number of officers patrolling the streets, police sources have stated that this will result in 14 fewer officers on patrol. This is because 15 of the 19 superior officers being demoted are already performing these roles in the streets and not, as the mayor has stated, being moved off of desk jobs.
These types of misunderstandings occur because of a failure to communicate. This is just one of several discrepancies with the mayor's plan that were brought to light by an audit commissioned by the PBA, which appears to have been wholly ignored. From a public safety standpoint, as well as from a legal standpoint, I feel that it is negligent to ignore this type of information when dealing with issues as important as our safety.
Hoboken is a unique city with its combination of dense residential housing, thriving nightlife, and heavy local and commuter vehicular and pedestrian traffic. Unlike the administration, I have taken the time to listen to residents who believe that these cutbacks will invite a higher rate of crime in our city.
Throughout my campaign for the open 4th Ward Council seat, I have made it clear that I am running to represent the residents of our ward. We are a section of town bordered on two sides by Jersey City and a stones throw from the Montgomery Gardens public housing complex, where a 5-year-old girl was tragically shot in the neck a few weeks ago.


The residents of the 4th Ward have been put on the backburner for far too long, and now our safety, quality of life, and property values are being jeopardized in pursuit of the mayor's campaign promises.
The solution to lowering taxes is not to cut from one area just to increase spending in another. When I see new hires in the parking division, raises for the mayor's personal assistants, and what seems like a never-ending stream of new contracts going out to politically-connected law firms, I have to question our commitment not only to public safety, but to protecting our property values and to actually lowering property taxes.
Based on the facts presented by the mayor, the State Department of Local Government Services, and the Northeast Labor Consultants report, I personally do not feel comfortable that proper consideration was given to such an important decision in terms of the actual impact these cuts will have on police presence on our streets.
For a savings that amounts to $75 a year for the average household, the loss of 14 patrol officers seems a high price to pay, especially if it is uncertain how it will effect our public safety. I urge the mayor and her administration to make a greater effort, both now and in the future, to communicate and work with our public safety personnel when considering drastic actions such as this. The taxpayers are not at war with public safety. We are all part of the same community, and we need to work together in order to succeed.
Talking Ed Note: It's unclear in this statement why Tim feels it's necessary to say the "taxpayers are not at war with public safety" as no taxpayer I know would even suggest such.  Taxpayers have the highest stake in the stability of Hoboken, they are fully invested as owners so sufficient defense of the community is never going to be less than paramount.  Unlike Tim, packing up and leaving on short notice is not an option.  Tim as far as I know has not and doesn't pay any taxes in Hoboken in his roughly three years in town.
Being a stone's throw from another municipality Hoboken's police has no jurisdiction in citing a tragedy is an odd way to build a case for more public safety here.  Are they suppose to stand and protect the border?  Will that discourage violence in Jersey City?
He cites police sources as concluding there will be less patrolmen on the streets, a point the mayor has stated would not be the case.  Who's right?  Hard to say when the sources are not cited.  MSV will try to obtain that answer.


City Council members do not have the matter of the layoffs before them for a vote.