It's round two of the full agenda and tonight's meeting is being covered at the Hoboken Journal again.  Stop by say hello to the Jolly Green Giant and the rest of the gang and stick around for a few laughs.

They'll be a few supplied.

Please tune in at 7:00 for the live coverage at: http://thehobokenjournal.blogspot.com/

Tonight's special City Council meeting tonight announced by the mayor's office yesterday will be covered live by the Hoboken Journal with all the bells and whistles you've come to expect. 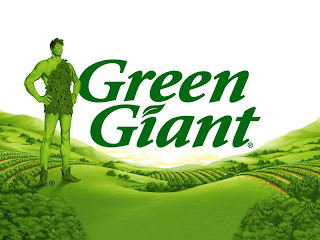 Assemblywoman Joan Quigley posted a comment on our feature piece earlier today regarding the abuse of absentee ballots in Hoboken elections. Her comments are highlighted here due to the importance of her position and the legal remedies passed and underway.

Because there were problems with "absentee ballots" all over New Jersey for many years, I sponsored and the Governor signed a law last year revising the rules for persons who vote by mail. Those new rules limit "authorized messengers" (i.e. campaign workers and others) from handling more than ten ballots per election. In Passaic County this year someone already found a loophole in the new law so it will be amended to more precisely say that no one at all can handle more than 10 ballots per election, no matter if they are campaign workers, social workers, family members, etc. Ten is the limit!

MSV would like to thank Assemblywoman Quigley for her timely submittal on this issue.

It's over or actually he's over and with it the year long saga of the rise and fall of one self-absorbed NJ HudCo politician, Peter Cammarano.  The sentencing this week was anti-climatic in most respects, the federal prosecutor having already submitted his recommendation of 24-30 months for Cammarano's extortion plea within federal guidelines.  At the sentencing, Andrew Tavani reporting for the Hudson Reporter noted the government's appreciation for Cammarano going above and beyond in his cooperation.

That won't go unnoticed in certain quarters and right now there are some people in our neighborhood having cold sweats over sleepless nights wondering if they too will soon be getting a 6:00 wakeup call from the FBI and joining Peter Cammarano at a Club Fed location.  As Michael Schaeffer famously says on the tapes, "I trained him well."  The former board member of the North Hudson Sewage Authority (NHSA) is in the those sights and can expect to do time too.  The bagman at the Malibu Diner was job number one for Cammarano's to rat list but FBI tapes were already in the can.  The real question is who the less than obvious targets are along with the dominoes now silently falling one after the other.  Surely, there are many sending less than kind regards to Camma-Rat-0, a term originally coined by Da Horsey, SmartyJones in the spring of 2009, all copyrights reserved.

There's been a question lingering out there for quite a while about what Cammarano knew and what he might provide the feds to get a reduced sentence.  Some believed he wasn't in power long enough as mayor to build stronger useful ties with key HudCo players.  Others felt his closeness to the intimacies of Hoboken elections would be sufficient for him to point out where bodies are buried - he has been intimately involved leading Hoboken campaigns over several years with former City Councilman Chris Campos and current Councilman Michael Russo being some of the most prominent.

Some people including elected "leaders" in town who have nary a bad word to say about the ex-mayor and convicted felon would have you forget all that.  Da Horsey would prefer that you not.  Cammarano was not in over his head caught in a heated election moment as his lawyer Joseph Hayden would have you believe.  Cammarano was not only cozy with the Machine, he was one of its shining lights, a soldier, no an officer rising in its ranks who not only knew all the right levers to pull; he wasn't bashful about doing so  - whether it required churning out absentee ballots by the bucketload or as in the case at the Malibu Diner, getting the cash to cover "street money" operations.

One of our favorite election stories from the June 09 mayoral race: after the "official" fraudulent results were tallied, one voter reported passing Cammarano's campaign office on Washington Street had one fascinating tale to recount.  She observed a crowd forming and people were there apparently to collect on some campaign IOUs.  One person in particular grabbed her attention, a young black man sitting on his bike with a huge chain around his neck.  He was arguing ever more loudly for payment and was being told to simmer down, that he should behave as "Peter is now the mayor."

The man was not deferential to such talk and began to talk even louder to gain attention to his demand saying, "I want the money for the fucking votes."  At this point, the observer felt the situation was getting out of hand, the handlers were becoming nervous and starting to look around to see who was witnessing this unscheduled campaign "event."  She decided this was no place for a little Irish girl and promptly bolted.

Many may have forgotten Peter Cammarano won a narrow and hotly contested election based on results from absentee ballots.  The Hudson County Board of Elections found a "magic box" of about 70 absentee ballots adding to his final margin of 161 votes.  Some will however recall that Peter Cammarano lost the election outright on the machine vote.  His "victory" was in fact determined by an absentee ballot operation that approached almost 10% of his vote total.

If anything is screaming to the Feds in Newark for attention it's this.  And Peter Cammarano knew exactly how to manipulate the absentee ballot process putting in place all the right people in town who specialize in such skullduggery.  Are those names now in working files at the FBI's Newark offices?

Hoboken is facing yet another important special election this fall.  The critical fifth vote of the mayor's working coalition on the City Council rests with the fate of her appointed Fourth Ward replacement Mike Lenz who is seeking to earn the seat with an actual endorsement from the voters.

The fourth ward is historically home base for all kinds of voting illegalities, most recently the scene of hundreds of "street money" absentee ballots in the BoE school board race. But those "campaign workers" as they are designated, cost money.  Tim Occhipinti, a genial new face of three years in town is now backed by some old guard players who know how that dance is done with others who will remain unnamed for the moment who major in such specialties, earning their stripes on other recent mayoral campaigns.  "This will be a clean campaign from anything that I can personally control," Occhipinti said eerily acknowledging the illegal practices in a recent Hoboken Patch story.

In yet another important article filed by Hoboken Patch by former Hudson Reporter writer Timothy J. Carroll, Councilman Michael Lenz is on the record saying he would discourage the use of absentee ballots unless necessary, especially for paid campaign workers.  In recent elections, street money was distributed for the "going rate" of $35 or more for absentee ballots Carroll wrote.  (MSV greatly appreciates his effort and Hoboken.Patch.com in this regard having reported on this at length extensively here, here and most recently here.)

Earlier this year in a telephone interview, asked if Hoboken is ready for fair elections, Councilman Mike Lenz answered "I don't know" before saying he was considering putting a challenge out to Tim Occhipinti on the matter.


Restrictions on absentee ballots are almost non-existent in New Jersey.  The Machine loves it this way, but any shenanigans are going to look pretty obvious to the FBI in Newark, a location less remote than thought previously with maybe one canary in a coal mine having sung some lovely songs.

Anyone who gets caught, cuffed and dragged off for the cameras has it coming.  Your lawyer can cry about your less than perfect childhood, the loss of your relationship with your family and an estranged wife but make no mistake, it didn't work for Cammarano.  Disenfranchising the vote of Hoboken residents doesn't make you a victim.

Everyone should be considered on notice.

Talking Ed Note: Timothy J. Carroll  is a fine journalist and has joined Politickernj. His most recent article can be found here.  MSV extends a big hat tip to Tim for the gift of his article on Hoboken Patch before he went on to greener pastures.  His statewide work can also be found here.

Councilwoman Beth Mason remains an open point of inquiry on "street money" tied to absentee ballots.  Her self-declared investigation on the matter in her 2009 mayoral campaign conveyed to the Hudson Reporter remains unknown and unstated.

Hoboken's Board of Education is holding a meeting in the lower basement level of 1115 Clinton St.

Any matters relating to the above items that may come before the Board. Please be advised that the Board may be required to go into closed executive session during this meeting to discuss litigation, negotiations and personnel items. Action may be taken on all agenda items.