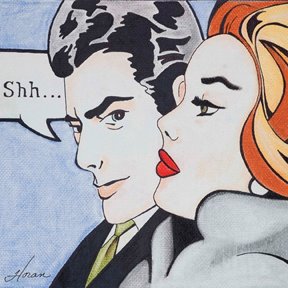 Following the City Council's unanimous 8-0 vote agreeing to a shared services agreement with the City of Weehawken, a new line of attack against the mayor's administration emerged after the months long attempts to sabotage the City's efforts relocating the Municipal Garage went down in flames.

Hoboken411 comes off this latest humiliating defeat witnessing the City ousting a developer who wasn't going to cough up $25 million on a now valued $14 million property where the Municipal Garage sits. Even worse for him (and his minion), the property rights are now retained by the City with a temporary location on uptown Willow St. contracted for 60 days demolishing all the lies and distortions built around the Pino's site on Jackson Street being the designated location into so much rubble.

In short, Hoboken411 is lying. Again.

With the State of New Jersey billions of dollars in deficit, Hoboken can't expect to see the millions of dollars in past years injected into its coffers. As the City now tries to implement reductions on both the municipal side and the Hoboken Police Department, Hoboken411 is looking to stoke the flames of division attempting to also add the taxpayers into the mix.

It's a trifecta of hate to play a familiar card in Hoboken dealt from the bottom of the deck: Old Hoboken vs. Newcomer.

So what else is new? Of course the Hoboken411 minion was just wailing how the mayor's administration was not interested in cutting costs earlier this year. Such are the hypocrisies of those flim flam traders.

The question outstanding: when is an account balance really a surplus? It's not determined by any mere line showing a balance - that's hardly any acceptable accounting standard shown in a useless picture with numbers on a line. There's always charges against balances and rest assured there are plenty stacked up against this balance or "surplus" as Das Klaussen declares it.

So how will this latest political operative effort turn out? Last night the Municipal Garage's retention brought about a sad ending for Hoboken411. But you have to give him credit; he's singularly focused on negativity to all things in the current mayor's administration. His minion shares his hatred and is willing to match him lie for lie and distortion for distortion.

It's what they do and who they are.

What costs does the City face? The City is staring at a yet to be totaled bill from the public safety unions and will need an available reserve to pay for retroactive raises when an agreement is reached. The public safety unions of course will want to negotiate or arbitrate the best possible sum for its members. Reserves will have to be put aside in the range of three or four million dollars to cover raises going back over almost four years when it's all said and done.

Sinatra Field area repairs are estimated in the range of $12 million with about two million anticipated in the City's efforts to obtain county, state and federal grants. That leaves a potential bill of $10 millions dollars to repair one of the most attractive reasons for living in Hoboken. Will the City decide to bond the total amount or pay for some of the costs as incurred? Even paying a fraction will deduct a substantial amount from "the surplus."

Outside of these costs, the City Council has mentioned setting up a "rainy day" fund. The rule of thumb is to aim for ten percent of an annual budget. After you tally up just a few of the many items the City has on its plate, you have a mere fraction if any of the claimed $20 million Hoboken411 claims.

But at some point don't the taxpayers also deserve some tax relief? Ask Hoboken411 where to find it. He's gong to flip flop along with that right up to the day one is announced at City Hall. He'll be for it until he's then against it.

Talking Ed Note: Word is all over the street accounting documentation was fed to Hoboken411 from a senior finance person in City Hall to Hoboken411's less than secret political ghostwriter.

Sinatra Idol Winners to Perform Tonight Rain or Shine
Mayor Dawn Zimmer & the City of  present
Sinatra Idol Winnersperforming Tonight, Aug. 12th
at
bet. 4th & 5th Streets
(if it rains, the performance will take place inside the Crepe Grill Cafe
which is in )

If you enjoy Sinatra's music, you are in for a real treat.
They will take turns performing solo as well as a few duets.The event is co-sponsored by Muller Insurance
for more info call 201-420-2077
within walking distance of PATH, NY Waterway Ferries,
Transit trains & buses
Get the latest  news:
Email | Text |Website | Facebook | Twitter | RSS