Last week Beth Mason issued an email blast claiming a $20 million surplus and demanding it be returned to the taxpayers of Hoboken.  Today she sent out an update:

Dear Friend,
Last week I called on Mayor Zimmer to allocate a portion of Hoboken's $20 million budget surplus to provide you with immediate property tax relief.  In response, Hoboken's Business Administrator Arch Liston stated that there will be no real tax relief in the upcoming budget and that using any portion of this money for property tax relief would be irresponsible.
Perhaps Mayor Zimmer and her administration should revisit her campaign promise to cut taxes 25% in their first year alone, and realize it is they who are being totally irresponsible.  If Mayor Zimmer cannot provide property tax relief with a $20 million budget surplus, when will City Hall ever do it?
Please make your voice heard as we continue to work together to make Hoboken a better and more affordable place to live and raise a family.  I look forward to updating you on this matter soon. In the mean time, please do not hesitate to contact me at (201)-916-8244 or Beth@MasonCityCouncil.org.
Thank you for your time.
Talking Ed Note: Apparently you didn't get the message last week.  Some of you were on vacation and too many of you were not paying attention.  Councilwoman Beth Mason is doubling down talking about the "$20 million surplus" again and now stating it's Business Administrator Arch Liston's fault there will be "no real tax relief" in the upcoming budget, and any tax relief is "irresponsible."
Somehow I'm going to guess this won't go down well with Mr. Liston, as in another untruth has just been told.
Perhaps some of you folks need to have a word with the Councilwoman.  Don't forget to thank her on rejecting Hoboken Unleashed's move last November to the northwest part of town too.
.
Posted by SmartyJones at Tuesday, August 17, 2010
Beth Mason: Yes, that $20 million surplus
2010-08-17T18:09:00-04:00
SmartyJones
Councilwoman Beth Mason|Hoboken budget surplus|
Comments

Going down, going downtown... another meeting on Observer Highway design

City of Hoboken Announces:
MAYOR ZIMMER’S ADMINISTRATION TO  SAFETY IMPROVEMENTS TONIGHT
Mayor  issued a reminder today of a community meeting to involve residents in the process of shaping the future look of .
The City of  has $2 million in federal funding to improve . The funding, which was secured by Senator Robert Menendez, was awarded in 2009, and due to the time-sensitive nature of the funds, community input is critical to moving forward with the project.
On Tuesday, August 17th from 6:00 to 9:00 pm, Director Sacs will host an “Observer Highway Safety Re-Design Community Workshop" at the , located at .
"This is an  exciting opportunity to make improvements to a roadway that currently does not look or feel like.  We want this street to be more inviting and safer for pedestrians and cyclists," said Mayor Zimmer. "Community feedback is critical to success, so I urge residents to come out and provide their input."
Based on public feedback, engineers will prepare conceptual designs which will be presented to the public at a second round of meetings. Construction plans will then be developed based on further feedback.
Additionally, Mayor Zimmer will be announcing public meetings scheduled for the early fall to both inform the public about the redevelopment process in general and include the community in discussing specific projects.
Get the latest  news:
Email | Text |Website | Facebook | Twitter | RSS
Posted by SmartyJones at Tuesday, August 17, 2010
Going down, going downtown... another meeting on Observer Highway design
2010-08-17T15:34:00-04:00
SmartyJones
Hoboken Director Ian Sacs|Hoboken Observer Highway|Hoboken Safety Redesign|
Comments 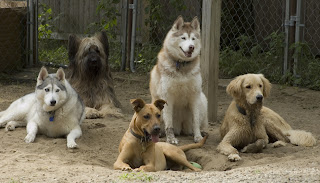 The City of Hoboken is still fighting for a temporary or longer term home for its vehicles. Yesterday, Hoboken Unleashed and its Friday legal action against the city on uptown Willow Avenue headed to court with legal representatives of the City of Hoboken, and the owner of the 1714 Willow Ave. property in Jersey City Superior Court.

After review, the Superior Court judge denied Hoboken Unleashed's request for a restraining order against the City.  The result instead was an order for the parties to meet and attempt to resolve the conflict.  That's scheduled today between the Hoboken Unleashed and the City of Hoboken.  Another appearance of the parties is due tomorrow in New Jersey Superior Court in Jersey City.

Hoboken Unleashed needs a variance from the Hoboken Zoning Board, a process requiring at least several months before it can move into the uptown Willow Ave. location.  It's unclear how filing against the City helps in that cause although the City's lawyer says the dispute can be resolved.

According to the Hudson Reporter, Corporation Counsel Kates says the City has 60 days to decide how to move forward with Hoboken Unleashed and also retains the ultimate power of eminent domain.

At the end outside Council Chambers, a citizen to citizen conversation with Mike Stigliano showed him to be frustrated with the process of trying to maintain his business in Hoboken.  He expressed his hopes to do so but felt he would be ultimately forced to move to a Jersey City location.  Da Horsey conveyed sympathy that people on the City Council were unfair to business in a section of town where it should be supported.

Councilman Ravi Bhalla then exited the City Council chambers and went over and spoke to Mike Stigliano saying he felt the result was most unfair to him.  At the time, Councilman Mike Lenz had not yet been appointed to represent the fourth ward.

Ironically, the City of Hoboken now finds itself in a dispute with Hoboken Unleashed on another property it's vying for after its sixty day lease expires.  It wouldn't have happened if the City Council had granted Mike Stigliano his reasonable request earlier.


Last year another website, GaySocialites.com, blamed Councilwoman Beth Mason for Hoboken Unleashed being an unfortunate victim of a hissy fit against the new mayor and its clients.

"The vote that would have allowed Hoboken Unleashed to move just a few blocks away failed at a city council meeting this week in what appears to be a power struggle became politics as usual.

"The new Mayor, Dawn Zimmer, seems to be feeling the heat from her former opponent who also sits on the city council. Beth Mason (pictured here looking super drowsy) seems to have basically put the council on gridlock by stacking her allies against Zimmer to make a big deal out of issues that should easily pass." 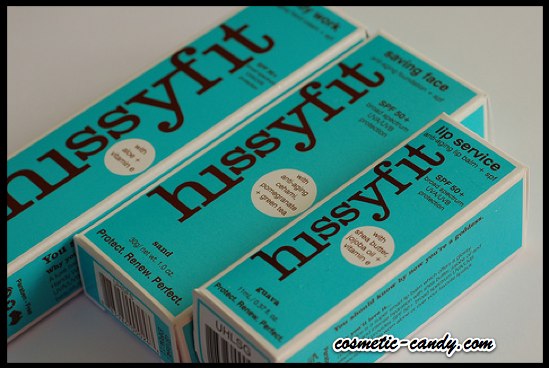 The Council of No now witnesses the repercussions for their shortsighted reactionary vote against the mayor and the administration's council coalition on this reasonable request Hoboken Unleashed made to move.

Will any of them take responsibility for this?


The Office of Assemblyman Rueben Ramos announces:
RAMOS PROPOSES CARROT TO HELP INSPIRE
CREDIT FLOW TO UEZ BUSINESSES
(TRENTON) – Assemblyman Ruben J. Ramos, Jr. is introducing a bill aimed at combating the “credit crunch” by creating an incentive for lenders to provide loans to businesses within the state’s Urban Enterprise Zones (UEZ).  The bill would permit lenders making loans directly to qualified UEZ businesses to receive tax-free treatment on the interest earned on those loans for five years.

“I know that businesses in Urban Enterprise Zones, especially those in my district where we have four, have been hit particularly hard by the economy,” said Ramos (D-Hudson).  “This is a great incentive to get banks lending to businesses in economically depressed areas until the economy picks up on its own again.”

Specifically, the bill permits lenders who are subject to the corporation business tax to deduct from their entire net income the amount of net interest received on loan repayments from a qualified UEZ business that is engaged in the active conduct of trade or business within a UEZ.  Additionally, the lenders would be permitted to deduct from their gross income an amount equal to the amount of net interest received the loan repayment.

In order to qualify for the tax deduction:  the qualified UEZ business must be located solely within a UEZ; the loan must be solely in connection with activity within the UEZ; and the taxpayer claiming the deduction must not have any equity or other ownership interest in the debtor.

Ramos intends to introduce the legislation the next time the Assembly is in session.

Since January, Hoboken Patch has been serving Hoboken with a full time editor and a slew of contributors covering the gamut of events in the Mile Square City.
Over that time, more news stories and features have been covered than at any time in Hoboken's modern history.  As an example, Hoboken Patch's recent stories range from the Hoboken Charter School, the Municipal Garage lawsuit, to a music review at Maxwell's of the the Screaming Females.  The breadth of coverage is far beyond all other media sources in town.
Hoboken's local editor for Patch is Claire Moses.  It's pretty much impossible to be at any event of note in town without running into her.  Here's her reflection on what it's been like to cover Hoboken from her editor's notebook:
http://hoboken.patch.com/articles/editors-notebook-patch-celebrates-its-100th-site-launch-31
MSV originally noticed the reporter covering a City Council meeting for NJ.com and later welcomed her and the launch of Patch.com to Hoboken.  MSV often links to Hoboken Patch's coverage as it is often the best and sometimes only reliable source.
The reporting has been an important addition to Hoboken and is required reading for anyone who wishes to get the broadest, most in-depth stories in town, easily surpassing the coverage of the Hudson Reporter and utterly trampling on every conceivable level the child-like, anti-journalism and censorship of Hoboken411 and its minion.
Just about the best quotes from the notables in Hoboken will be found on Hoboken Patch. It's held to the first credo in journalism an obligation to the truth and managed to get many stories not covered elsewhere.
Keep it coming!
The parent company release on its 100th site in Morristown, NJ:
AOL’S PATCH LAUNCHES 100TH SITE; PLANS EXPANSION TO MORE THAN 500 COMMUNITIES THIS YEAR
AOL’s Community-Specific News and Information Platform Plans to
Hire More than 500 Professional Journalists in More Than 20 States by the End of 2010
New Editors Hired to Foster Rapid Growth

NEW YORK, NY – August 17, 2010 – AOL Inc. (NYSE: AOL) announced today the launch of Patch’s 100thsite, Morristown Patch (http://morristown.patch.com). AOL also announced that Patch plans to rapidly expand to more than 500 U.S. neighborhoods in 20 states by the end of 2010.  Additionally, with over 500 journalists still to be hired, Patch expects to be the largest hirer of full-time journalists in the U.S. this year.
“Today’s launch of our 100th site is a significant milestone for us. We began with just three Patch communities in February 2009, and have since made incredible progress toward fulfilling our core mission of providing comprehensive information and trusted, professional news coverage to towns and communities,” said Warren Webster, President, Patch Media.  “We believe Patch is a revolutionary and efficient approach to producing relevant, quality local journalism at scale, and we couldn’t be more excited about expanding into hundreds of new communities across America this year.”
Every Patch site is run by one professional local editor who, along with freelancers, provides quality original news and information to its community.  As part of its expansion, Patch continues to hire experienced professional journalists to fill important new roles in the organization.
Read more »
Posted by SmartyJones at Tuesday, August 17, 2010
Hoboken Patch sees parent growth, marks local impact
2010-08-17T09:00:00-04:00
SmartyJones
Editor Claire Moses|Hoboken Patch|
Comments