Grist for the Mill: Absentee "Mail in" Fraud Edition

With the fourth ward special election heating up, the controversial paper ballot in Hoboken's fourth ward may prove to be decisive one way or another. With the old guard forces aligning and the fourth ward being their best chance to at least temporarily stop the steam roller of reform victories in Hoboken, forces near and far are gathering to make a stand. Will the Vote by Mail tool be the difference?

The machine's bag of tricks are most effective in the fourth ward where the back of town is willing and able to produce a block of votes when the wheels are properly greased. This election will be no different although there are some wrinkles of resistance sprinkled here and there.

Looking back on prior city wide elections, the area of the 4-4 has been a modern machine farmer's plantation dream and typically a reform nightmare. The culture of street money being doled out to voters, ranging from $35-50 noted on MSV, Hoboken Patch and PolitickerNJ is just short of insulting compared to when alcohol was distributed at election time. The HBO series Boardwalk Empire, a show on Atlantic City era Prohibition and corrpution, has a scene where just such an operation is applied, ironically on behalf of Republicans.

But alcohol, a pliable tool did not guarantee a sizable turnout. The Hoboken paper ballot scam always makes sure the voters do their "duty" before the payout is made. Here's a history of some voting patterns courtesy of resident electoral history specialist, the Wiley Coyote. His analysis:

Consider this: In the 4th Ward, the voting district 4-4 runs along Jackson and Harrison from 2nd to 6th. It consists entirely of Housing Authority buildings.


*That's not including absentee ballots, which most likely would push those percentages even higher, especially in 2009.


Folks in 4-4 always vote, and they vote almost exclusively for whomever represents Hoboken's old-time political syndicate. The real bellwether for reform in the Fourth Ward is the turnout of new residents of 4-2 and 4-1. If they stay home, then the 4th Ward seat is chosen by the voters in 4-4.

With this election expected to be close and a ballpark of 2,000 voters expected, a significant paper vote "campaign" could prove to be the difference. If so, the election results are sure to land up in court. The burden of any legal electoral challenge is always on the side of the party filing the complaint. Even obvious skewed voting totals aren't on their face enough to see the matter corrected. The burden then is to stop the fraud before the paper ballots reach the Hudson County Board of Election offices.

With Tim Occhipinti's campaign becoming more openly supportive about mail-in for vote efforts, the campaign is now trumpeting such efforts as signifying positive voter participation even wrapping itself around a famous citizen group, Common Cause who sees mail in voting a victory for voter turnout and convenience.

The earlier campaign strategy was to maintain plausible deniability with the candidate stating he has no hand in "pushing" for absentee/mail in votes. Now the campaign website notes it's actually positive. The change in official position oddly was mentioned in the new Tim's Truth page and signaled in a letter from Tim Occhipinti in the Hudson Reporter.

New Jersey as a whole has about 4% of paper votes what had been absentee ballots, now called Vote by Mail in its elections. Historically, the numbers were lower than that. Some in the state government eventually see an increase to about 10% of the total vote as a positive goal to aim for in the future. In NJ however, fraud is always a concern and it's not easy to balance the two sides in legislation. 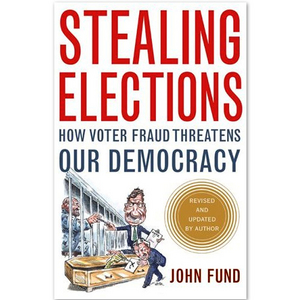 Assemblywoman Joan Quigley posted on MSV last August about improvements limiting to ten votes handlers (re: messengers) personally managing paper vote ballots, yet there's plenty of room for fraud to work it's way into the current vote by mail system.

The Wall Street Journal recounted those concerns in a story last November. John Fund who was a guest speaker of the Republicans of Hoboken earlier this year wrote in the article:
Absentee voter fraud is in danger of becoming a hardy perennial in New Jersey. Atlantic City Councilman Marty Small and 13 campaign workers were indicted in September on charges of conspiring to commit election fraud using absentee ballots. One worker pleaded guilty last month. In Newark, five campaign workers were indicted in August on charges involving absentee ballot fraud.

Fund also shows how the vote scam works in minority communities and how "assistance" for say 'noise on the ballot' aids in fraud being perpetuated on the electorate:
There are additional reports from Camden that Hispanic voters have been misled into voting absentee ballots. So-called bearers who are allowed to collect and carry absentee ballots are said to have encouraged voters to fill out applications for absentee ballots. A few days later, the bearers reportedly return with the actual ballots, which they offer "assistance" in filling out.

And from the same article, this nugget starring Hoboken's old guard in action:
Nor is in-person fraud at the polls unknown in New Jersey. In 2007, a former Hoboken zoning board president noticed a group of men outside a polling place being given index cards by two people. One of the loiterers later tried to vote in the name of a voter who had moved out of the area. When challenged by the former zoning board president, he ran out of the building and was caught. He later admitted to police he was part of a group from a homeless shelter who had been paid $10 each to vote using the names of other people.

Looking at the fourth ward, expectations for the voter farming in "the plantation" are hardly lacking. One old guard stalwart "doing my thing" on behalf of the Occhipinti campaign sounded some concern on any vote by mail fraud indirectly stating, "We're running a campaign for an eight month seat. Everyone should be wary that is doing the wrong thing."

On the subject of how many vote by mail ballots the Occhipinti for Council campaign could be expected to generate, he was less reluctant to speak but eventually circled back saying, "It could be somewhere south of 300."

In an election where 1,000 votes may decide the election, 300 would represent fully 30% of the winner's tally. Councilman Mike Russo who is backing Tim Occhipinti in the November 2nd election was quoted in PolitickerNJ saying he hopes his candidate can muster 600 paper votes. Another person in the same story stated such an outcome would definitely lead to "someone going to jail."

Occhipinti for Mayor spokesman David Cruz directly addressed the idea there is anywhere in the neighborhood of 300 vote by mail ballots for his candidate saying, "Anyone who is saying that doesn't know what they're talking about."

Talking Ed Note: David Cruz expressed confidence on the state of Tim Occhipinti's campaign saying there was a split between support for the mayor and Councilman Mike Lenz, "Unsolicited individuals come up to us when we're out campaigning expressing support. The other side (Lenz for Council) has not endeared itself to the public. People that support the mayor don't all support Michael Lenz. He's really been a divisive force, even within the group that supposedly supports the mayor."
Posted by SmartyJones at Saturday, October 09, 2010
Grist for the Mill: Absentee "Mail in" Fraud Edition
2010-10-09T11:15:00-04:00
SmartyJones
Mike Lenz|Tim Occhipinti|
Comments

Mayor and Hospital Authority look to community on next step 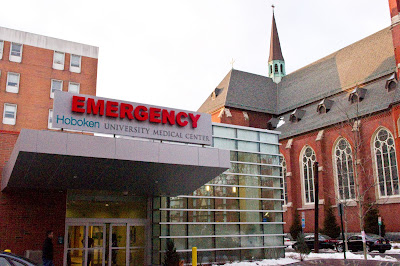 MAYOR ZIMMER AND HOSPITAL AUTHORITY SEEK STAKEHOLDER INPUT
Earlier this year Mayor  and the Hoboken Municipal Hospital Authority determined that the long term success of the , currently owned by the City, could best be achieved by privatizing the hospital. More specifically, conversion to a non-governmental manager will give the hospital access to capital necessary to compete in today's competitive hospital marketplace, relieve the City of its guarantee of $52 million in municipal bonds, and prepare the hospital for the impact of the recent federal health care reform legislation.
Over the summer, an RFP focusing on strategic opportunities was drafted and issued by the Authority. The deadline for submission of proposals was September 13, 2010, and a number of strong responses were submitted.
Today, Mayor Zimmer and Hoboken Municipal Authority Chairwoman Toni Tomarazzo announced a series of meetings to receive stakeholder input to assist the Authority Board in evaluating the proposals that have been received.  The stakeholder group will be designed to represent the diversity of and will meet on Monday, October 18th from 6pm to 9pm, and Saturday, October 23rd from 3pm to 6pm.
Hoboken residents and HUMC employees are encouraged to apply to participate on the Stakeholder Committee by emailing a short cover letter and biography to hmha@hobokenumc.com no later than October 16th (or mail to: Hoboken Municipal Hospital Authority, Attn: George W. Crimmins, Executive Director 308 Willow Avenue, Hoboken, NJ 07030).
"The long-term sustainability of the hospital is best achieved by moving forward with the plan to privatize the hospital -- ending the city's ownership and transitioning governance to a new non-governmental entity,” said Mayor . “City ownership has always been a bridging strategy and not a permanent solution. I have instructed the Authority, as part of the RFP process, to identify the essential core acute care inpatient clinical and diagnostic services that must continue to be provided at the 'new' hospital after the conversion.”
"Physician, hospital staff and community input are critical to this phase of the conversation,” added Chairwoman Tomarazzo. “We hope there are a large number of stakeholders participating so the input reflects the diversity of .”
Click here to view the letter from Mayor Zimmer to Hoboken University Medical Center employees regarding this process.
Link: http://www.hobokennj.org/news/mayor-zimmer-and-hospital-authority-seek-stakeholder-input/
Get the latest  news:
Email | Text |Website | Facebook | Twitter | RSS
Posted by SmartyJones at Saturday, October 09, 2010
Mayor and Hospital Authority look to community on next step
2010-10-09T11:15:00-04:00
SmartyJones
Hoboken Municipal Hospital Authority|Mayor Dawn Zimmer|
Comments