This submittal came way by reader Raiser who was obviously inspired by the Weehawken fishy special: "James B, downfall of a wannabe shark."

This is more chum for the waters. We're now entering GOTV time. It's going to be necessary for the 4-2 to out duel the 4-4's paper weighted output. Do what you can to get out the word there's an election in the fourth ward.

If you haven't seen it, Griswell has returned from the shadows and has a hilarious look at some imagined local elections over on Grafix Avenger:

Board of Elections to hear VBM challenges - on election day! 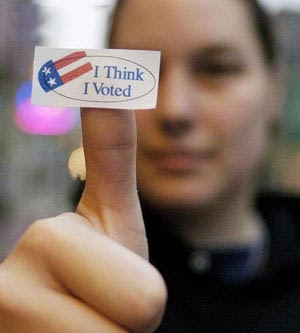 The review today with the Board of Elections turned out to be anti-climatic when no challenges were made surrounding 'The Anomaly' of Tim Occhipinti's initial 79 vote by mail ballots.  The decision made by the Lenz campaign allows further time for gathering and building its case of organized voter fraud to be heard election day.

The process to present the evidence of ballot by ballot fraud will be put before a Board of Elections panel of four people, two Democrats and two Republicans.  A tie vote is required to move the matter along before a judge, a decision of 4-0 or 3-1 opposing ends the matter.

Those results will determine if the next step presenting evidence of voter fraud for Judge Gallipoli's evaluation occurs.  A case may then be presented showing sufficient evidence "on the merits" warranting vote by mail ballots be set aside for additional review and investigation.  On Friday, the judge indicated it was premature as there was insufficient evidence and another avenue for review available via the board of elections.

Start up the carousel on election day, but know nothing happens without the Hudson County Board of Elections agreeing.

An additional anomaly has arisen: Frank Raia who stated in an interview earlier this week he had no role "knocking on one door," in the vote by mail Occhipinti campaign is listed as a bearer on a number of ballots.  A bearer is given permission to messenger ballots but can not handle more than ten.  Raia's name is believed to already appear on at least five.

Most of the vote by mail ballots have been returned in the mail but a number of "bearers" people who have played a role handling them from voters before arriving to the Hudson County Board of Elections also appear.  And there's problems.

Amy Sara Clark at the Jersey Journal posted her story.  She quotes Lenz campaign manager Sam Briggs on more of Tim's anomalies.  "The Occhipinti side submitted more than a dozen votes from people "who are dead" and those that have moved away," he's reported saying.

Guest of the Stable: Scott Siegel 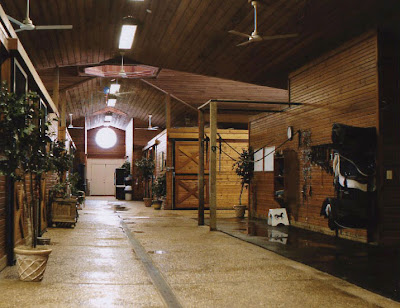 Trick or treat - give me vote by mail ballots to eat

Although much of Hoboken will be focused on Halloween fun with kid's activities the centerpiece of much time and energy this weekend, another trick or treat will be under the microscope today at the Hudson County Board of Elections - vote by mail ballots.

Although an all encompassing suit from the Lenz for Council campaign seeking to sequester the vote by mail ballots was not granted, the claim of the suit being "bogus" as stated by Occhipinti's lawyer is inaccurate on its face.

If true, there wouldn't be a very interested gathering today at the Board of Elections to review The Anomaly - a near mathematical impossibility of how Tim Occhipinti managed to get dozens and dozens of his 'campaign workers' to mysteriously all request and return to a person vote by mail ballots.  The work required fits the description of a no show job or in this case a no vote at the poll job.

The rather sticky situation was punted in some respects by the judge who said insufficient evidence was presented to grant the Lenz campaign request "at this time" while another mechanism is available - the Elections Board review.

While much of Hoboken is preparing for weekend activities, a war will be going on around the 79 ballots between the two campaigns.  If it was as bogus as Occhipinti's legal counsel claimed, everyone would be out trick or treating, not examining paper ballots.

For some, the trick or treating has come early.

Related: Katie Colaneri provided a good local picture (overlooking the headline editors) with her story yesterday for the Jersey Journal with the key quote:

"Right now it's in the hands of the superintendent of elections...," Judge Maurice Gallipoli said in court this afternoon. "Certainly the ballots should not be sequestered... at this point in time."

Talking Ed Note: the bomb thrown by the Lenz for Council campaign is incomplete but the battle is hardly over.  This is going to be contested and fought on the individual level of ballots, and it begins today between 8-10 am.

As MSV had stated leading into this election, several hundred votes by one candidate or another in absentees, now called vote by mail might prove to be a hill too high to overcome.  The skirmish over the Occhipinti 'worker's' ballots today is only a precursor to the hundreds more of his to come.  There's 569 vote by mail ballot applications made, an absurdly high amount by historical standards in this fourth ward election.

Expect a battle of public words to emerge. One side will be saying in effect "look at this" and the other will be saying to even do so is an act of "voter suppression."  Some of them will even have once been part of the reform movement in Hoboken.  They will see no irony now in the company they keep.  They are all "with Tim."


A source close to the Lenz campaign indicated this legal battle would be costly and those who wished to take on the fight should do so with financial support to Lenz for Council.
Posted by SmartyJones at Saturday, October 30, 2010
Trick or treat - give me vote by mail ballots to eat
2010-10-30T08:16:00-04:00
SmartyJones
absentee ballot/vote by mail fraud|Candidate Tim Occhipinti|Councilman Mike Russo|Hudson County Board of Elections|Lenz for Council Occhipinti for Council|
Comments