2011 starts with a bang: HMHA meeting tomorrow at 6:00 could spell salvation for taxpayers and the hospital 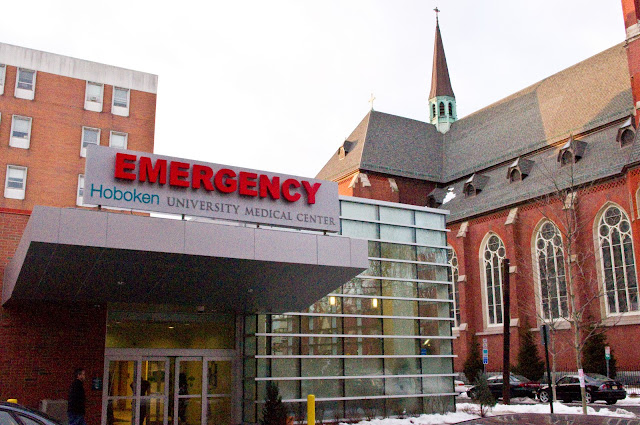 Pursuant to the Provisions of NJSA 10:4-6, et. seq., there will be a Special Meeting of the Hoboken Municipal Hospital Authority at 6:00 PM on Tuesday January 4, 2011.


1.      Executive Session closed to the Public, pursuant to NJSA 10:4-12(b)(7);  Contract
Negotiation and matters falling within the Attorney Client Privilege.

2.      Resolution Authorizing the execution of a Letter of Intent to begin a period of exclusivity to negotiate a binding agreement for an asset purchase.


Action will be taken at this meeting.


Talking Ed Note:  This will be the most important hospital meeting in recent days as anticipation of a major move to identify a buyer among a group of bidders is forthcoming.

Katie Colaneri confirms a bidder will be brought to the table.  The initial portion of the meeting will begin in closed session as part of an attorney-client discussion.

There's been echoes of grandstanding recently on the hospital in the City Council even as a miracle could be on hand removing a $52 million bond dangling over the taxpayer's heads to a buyer by the Council of No Four (Terry Castellano and Mike Russo, with Beth Mason rumored to be freelancing out in the field to gin up trouble.)  Anyone surprised?

Although the public outside of hospital employees have not attended in great numbers, this is one important meeting to come and even speak during the public portion.  Yes, folks are trying to get into the swing of the new year but it doesn't get any bigger than this.

For the Jersey Journal story click the link here.
Posted by SmartyJones at Monday, January 03, 2011
2011 starts with a bang: HMHA meeting tomorrow at 6:00 could spell salvation for taxpayers and the hospital
2011-01-03T18:32:00-05:00
SmartyJones
Beth Mason|Council of No Four|Hoboken University Medical Center|
Comments

ALTERNATE SIDE STREET PARKING ENFORCEMENT TO RESUME ON TUESDAY
Enforcement of alternate side street parking regulations will resume on Tuesday, January 4th so that plows can continue to clear parking lanes of snow. Street cleaning operations will resume once sufficient snow has been removed from the road.
Link: http://www.hobokennj.org/news/alternate-side-street-parking-enforcement-to-resume-on-tuesday/
Get the latest  news:
Email | Text |Website | Facebook | Twitter | RSS
Posted by SmartyJones at Monday, January 03, 2011
Move da car! - City returns to alternate side rules Tuesday to plow more snow
2011-01-03T14:55:00-05:00
SmartyJones
Hoboken Alternate side of the street parking|
Comments