Beth Mason's Wheeling - just the tip of the iceberg?

Beth Mason wheeled a big fat $8,200 to Tim Occhipinti's election campaign exceeding the individual maximum contribution of $2,600 for at least a whopping $13,400 - a matter of public record.  But are there other ethical and/or campaign contribution problems Beth Mason is suffering from in a terminal death spin of hypocrisy? According to a Hoboken Journal report earlier today, there in fact may be.


MSV has also been reviewing Beth Mason's and Tim Occhipinti's ELEC reports and there's some suspicious activity indicating she was most likely playing fast and loose with funneling money to Tim Occhipinti for amounts of loot more than earlier believed.  Money her new puppet on the council needed in the closing days of his campaign to pay his voters, uhm cough cough, his hundreds and hundreds of 'campaign workers.'

Since Beth Mason had both money and ambition to burn how far would she actually go to turn the swing vote for reform her and Mike Russo's way?  Another suspicious donation to Tim Occhipinti came from a political consultant of Beth Mason - Adam Alonso founder of the Cratos Group.  Alonso in the employ of Beth Mason bankrolled Tim Occhipinti a nifty $875.


A check on what exactly Beth Mason's hired political hit squad does and the website says it's fundraising and reputation management. Wait a second, fundraising?  As in they will help a politician raise money?  How would writing a fat check over to Tim Occhipinti constitute fundraising?

The Cratos Group is one of two political consulting firms known to have been retained by Beth Mason this past year.  What have we here?  Perhaps what again applies is Beth Mason and yes, more wheeling.  Beth Mason is the Queen of Wheeling and she sure does love making the money wheels spin when it feeds her ambition for power.

The Hoboken Journal goes into another area of payments by Beth Mason surrounding Hoboken canvassing last year.  In order for those Beth Mason monies not to be problematic, every nickel needed to go solely on behalf of the only two races on the ballot for Sheriff's and Congressional race.

Does anyone believe that canvassing in Hoboken leading into the 4th ward November election was completely unconnected to Tim Occhipinti?

For that story see the Hoboken Journal:

Here's a listing of Tim Occhipinti contributors.  How many other payments do you think may in fact be potential contributions wheeled by Beth Mason?  Would Mike Russo and his $500 contribution as seen on his ELEC be yet another example?  Mike Russo is in the subsidy business, his - not laying out cash for others.

According to the ELEC statement, Beth and her husband Ricky Mason gave matching $2,600 in-kind contributions for items such as t-shirts, food, two by fours, and staples.  And nails.

Gee, the Mason's really splurged on nails and staples for Tim Occhipinti.  To the tune of thousands of dollars apparently.  One has to wonder at the howls of laughter at the Masonic Temple of Doom on Hudson Street when these transparently laughers are concocted.

Does the contempt for Hoboken people by Beth Mason have a bottom?  The answer to that question is perhaps unanswerable but her appetite for wheeling is becoming clear.  If it gives her more power to play, she's obviously all for it in amounts we still don't know.
Posted by SmartyJones at Friday, February 11, 2011
Beth Mason's Wheeling - just the tip of the iceberg?
2011-02-11T20:30:00-05:00
SmartyJones
Beth Mason|Queen of Wheeling|Tim Occhipinti|
Comments 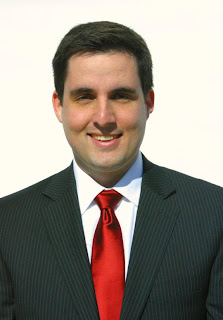 "For too long, Hoboken's progress has been stymied by political corruption, pay-to-play politics, and elected officials who put self interest before the public interest. I applaud the Mayor's campaign finance reform package because it takes us away from the reputation as 'The Best Council Money Can Buy.'

Public office was meant to be held by the best and the brightest of our community; people who would look out for all of our interests. By limiting the influence of outside PACs, we will be able to see directly who is contributing to a candidate so we, as the public, can make informed decisions in fair elections.

By banning nepotism and fundraising on public property, and by requiring sexual harassment and ethics trainings, we will be honoring the integrity of our public offices."