Hoboken City Council Candidates’ Forums Set for April 12-13
Public is Invited to Join in Moderated Q&A with City Council Candidates in Wards 1, 3 and 4 on April 12; Wards 2, 5 and 6 on April 13
Hoboken, NJ – March 4, 2011 – Hoboken voters will have the opportunity to pose questions and hear directly from the candidates vying for the six City Council ward seats in the May 10 election. Two moderated forums will be conducted by the Hoboken Quality of Life Coalition and People for Open Government, and hosted by The Parish of Our Lady of Grace and St. Joseph.
The first forum will feature candidates for the three southern ward (1st, 3rd and 4th) seats on Tuesday, April 12, from 7:30 p.m. to 9:30 p.m. in the auditorium of the school at Our Lady of Grace, at the corner of Willow Avenue and Fifth St. The second will feature candidates for the three northern ward (2nd, 5th and 6th) seats, on Wednesday, April 13, from 7:30 – 9:30 p.m. in the same location. When petitions have been certified, all candidates will be invited to participate.
At each event, written questions will be solicited from the audience and screened by members of QLC and POG for clarity, general interest and absence of partisanship. Both events will be moderated by longtime Hoboken resident Bob Bowdon, a veteran TV reporter, anchorman and documentary filmmaker. Bowdon’s on-camera reporting encompasses six years with Bloomberg News and he is an op-ed contributor to the Huffington Post website.
QLC and POG are nonprofit, nonpartisan citizen organizations that have been active in Hoboken during the last decade and have organized previous candidates’ forums. Our Lady of Grace Church is joining in the sponsorship of these forums in order to make information available about the candidates in this important May election and as a means to urge citizens throughout the city to exercise their right to vote.
QLC (www.qlchoboken.org) actively supported POG’s initiatives and has a long history of working with other groups concerned about clean air and water, flooding, the density of development, the need for open space, the lack of parking and anything that threatens a good and healthy living environment in this densely populated city. QLC is committed to preserving Hoboken’s unique streetscape and the old and historic buildings that make Hoboken a special place. In March 2008, QLC established the Committee for a Green Hoboken, which actively advocates for green initiatives in local government and hosts education series for residents and businesses in greener building and lifestyle choices.
POG (www.hobokenpog.org) is a nonpartisan, political committee dedicated to promotion of open, accountable and transparent municipal government; active participation of Hoboken residents in municipal affairs; and curbing the undue influence of campaign contributions on public policy. POG successfully advocated for passage of anti-pay-to-play legislation as well as ordinances requiring electronic access to local government documents. It produced a package of ordinances that ultimately were adopted as city law that required competitively negotiated professional contracts and developer contribution disclosures.
Posted by SmartyJones at Monday, March 07, 2011
City Council candidate debates announced
2011-03-07T19:52:00-05:00
SmartyJones
Comments 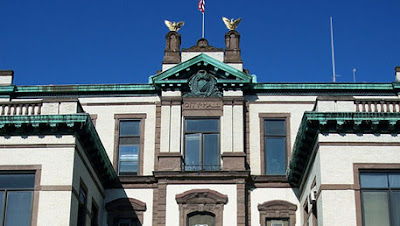 STATEMENT FROM  PATRICK’S DAY PARADE
The City of  confirms that there were two allegations of sexual assault reported over the weekend: one on Friday, March 4th, and another on Saturday, March 5th. These matters have been referred to the Hudson County Prosecutor’s Office for investigation, and the City will continue its communication with the Prosecutor’s office to monitor developments in these cases.
“These allegations are extremely serious,” said Mayor . “My Administration will fully review all of the activities that occurred on ’s St. Patrick’s Day so we can properly evaluate all of the facts and make fully informed decisions going forward.”
Over the last two years, the City has worked to dramatically increase Police presence in an effort to ensure the safety of residents and visitors.
“I want to assure the public that my Administration is in the process of conducting a complete review of this year’s event and will be making recommendations to the City Council as to how to move forward next year,” added Mayor Zimmer.
Get the latest  news:
Email | Text |Website | Facebook | Twitter | RSS
Talking Ed Note: Of two reported sexual assaults, Hoboken Patch reports the first case on Friday night will not be pursued by the woman who reported the incident although medical attention followed.  The other case with a 23 year old female was reported occurring Saturday afternoon.
Posted by SmartyJones at Monday, March 07, 2011
2011-03-07T17:10:00-05:00
SmartyJones
Comments