Mike Russo who has been silent on the matter of his meeting with the FBI's star witness in Operation Bid Rig that netted dozens of NJ politicians including his former campaign manager and ex-mayor Peter Cammarano back in 2009, finally went on the record with the Hudson Reporter and Hoboken Patch.

Russo describes his meeting with Solomon Dwek, the informant who's testimony led to convictions of other politicians in New Jersey differently than as described in the Jersey Sting - a book by Pultizer winning authors who claim he had agreed to a bribe but later failed to collect on an initial $5,000 payout.


In the Hudson Reporter, the 3rd ward Councilman stated, "What’s not excerpted in the book is that I made it very clear to Mr. Dwek that I would not accept cash contributions, and there was no quid pro quo.  No bribe was discussed.”


In Hoboken Patch, Russo said, "Anyone who portrays that (a bribe) is lying."


But the book's author's, Josh Margolin and Ted Sherman refused to back down from its claim Russo had agreed to the bribe.  In an email statement Monday afternoon they wrote, "First, during the course of our research for The Jersey Sting, we made every effort to give the councilman the opportunity to explain what transpired between him and Solomon Dwek. The councilman chose not to."


Councilman Russo has not commented on why he did not report the incident to the authorities.  A voicemail was left for Councilman Russo, should he reply; the story will be updated. 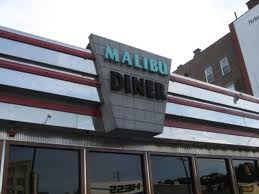 Talking Ed Note: The award winning authors of the Jersey Sting, Josh Margolin and Ted Sherman will be appearing this Wednesday at the Malibu Diner 3:30-5:00 pm.

The contrasts between the candidates is dramatic.  While Tom is thoughtful and committed to the 2nd ward, Beth Mason has shown a tin ear on many issues and has continuously attempted to fool the voters she is something she is not on taxes, spending, ethics, and ability to work with others.  Councilwoman Beth Mason has shown almost a pedantic childish need to oppose Mayor Dawn Zimmer for nothing more than the sake of opposition, even when it's to the clear detriment of Hoboken.

In the video here, Tom Greaney asks for support of 2nd ward residents to get the job done and become not just the ward's new councilman, but to be an accountable councilman.

There's a difference and it's stark.

As an example, you will never see Tom Greaney pull stunts like this political operation Beth Mason did in City Council.  It's only one of several she was caught red handed doing in her brief role as chair:

GREG LINCOLN TO COUNCILMAN RUSSO: EXPLAIN THE BRIBE FROM SOLOMON DWEK
Two investigative reporters from the New Jersey Star-Ledger revealed that in 2009, Councilman Michael Russo agreed to accept a $5,000 bribe in a meeting with Solomon Dwek, an FBI informant. Dwek’s role was pivotal in the FBI sting that brought down former Hoboken Mayor and now convicted felon, Peter Cammarano.
In their book, “The Jersey Sting,” Pulitzer Prize recipients Ted Sherman and Josh Margolin describe the meeting between Councilman Russo and Dwek, which was recorded by the FBI. In the meeting, Councilman Russo tells Dwek he’s a “smart man” for concealing his identity in the deal, and that they will “get along fine.” At the end of their meeting, Councilman Russo is caught on tape agreeing to accept $5,000 from Dwek, with the promise of further payments.
"Peter Cammarano may be in jail for accepting bribes, but sadly, the corruption story in Hoboken is not over. Councilman Russo needs to explain why he agreed to accept a $5,000 bribe, why he refused to answer questions about the incident, and why he never reported it to the authorities," said Greg Lincoln. "This revelation raises many questions, but at least now we know why Councilman Russo refused to ask for Mayor  Cammarano to resign and why he didn't want further attention on Hoboken.  Councilman Russo needs to explain why he agreed to accept a bribe or remain silent and let the voters of Hoboken end this chapter of corruption once and for all."
Sources:
The Jersey Sting, by Ted Sherman, Josh Margolin, 2011 - Account of Councilman Russo’s meeting with Solomon Dwek: http://bit.ly/hXaqqW
nj.com article by Carly Baldwin, July 28 2009 - Councilman Russo explains why he didn’t call for Peter Cammarano’s resignation:http://www.nj.com/hobokennow/index.ssf/2009/07/mike_russo_calling_attention_t.html
Links:
Campaign Press photos: http://bit.ly/fuTwuy
Campaign website: http://LincolnForCouncil.com
Campaign phone: 201-468-0605
Campaign email: LincolnForCouncil@gmail.com
Posted by SmartyJones at Monday, March 28, 2011
Greg Lincoln to Mike Russo - 'Answer to the bribe caught on Fed's tape'
2011-03-28T00:36:00-04:00
SmartyJones
Comments