Hoboken Council Forum: Pt. 6 Beth Mason: "Putting me as Hitler on a poster," goes on to attack PAC mailer

as Here is the second half of the corruption issue captured here leading into an offbeat question. The clip is another piece worth secluding as it took a somewhat innocent question asking, "What living person do you most admire?" and stumped two panelists as relatives could not be counted among them.

What on its face appeared to be an innocent question (was it?) turned quickly into attack material.  Take a look and see how quickly a staged prop dovetails into another prop within the space of seconds, first with a self-depiction as victim and then springing into attack.

Your reaction may not differ with that in the room and it was a large room at that. For now MSV will say no more other than this remarkable bit of theater was worth noting.

After the break in the forum yesterday, corruption finally made an appearance.  Well it was part of a question anyway but here's how it was addressed along with the first question about the police reorg last fall.  This is maybe the most interesting segment as it breaks down into some rather familiar and clear lines.

The following letter was submitted in response to the incident posted on MSV yesterday by a Stevens student and Beta Theta Pi member.

As you can see by my signature, I am a graduating senior and well respected member of the Stevens community and the Sigma Chapter of Beta Theta Pi.  I would like to formally apologize for one of my brother's actions.  He did not realize what he was doing and we as a fraternity did not realize what was going on.  I would like to propose that you kindly remove our fraternity from the article, but please leave the article in general up, so students at Stevens do not make this mistake again.  As a student who was attending Stevens during the Peter Cammarano incident, it was disgraceful to my university and myself as I did not like the feeling in the pit of my stomach knowing that our cherished university was being linked with a criminal.  This time, the incident hits home as our cherished fraternity, that has been in Hoboken since 1879, and even lives at the original mayor's home, has now been linked with a criminal like act of Beth Mason.

I can assure you that this will never happen again and that the Sigma chapter always has Hoboken in it's hearts and minds when it comes to giving back to the community.  We are partnered up with a local church and routinely work in their lunchtime ministry cooking and feeding the homeless in addition to helping preserve the historic church located near campus.  We also recently won an award for being the most recognizable Greek House during the Hoboken Park cleanup two Sunday's ago and were recognized by our Inter-fraternal Council with the award for organizing, running, and having the best participation percentage at the event.  In addition to that, we also have an upcoming philanthropy event where we are raising money for The Hoboken Boys and Girls Club, and as of yesterday, we have already raised nearly $500, before the event will even take place.

I hope you can please consider removing our fraternal name due to our realization of our mistake and in good faith of the pride that our chapter takes in itself, and our beloved community that surrounds it.  If you have any further questions/comment I would love to hear them and I am open to suggestions you may have for future Philanthropic events to help the city of Hoboken, as we at Beta Theta Pi are always looking to give back to our community in our striving for excellence.

Talking Ed Note:  MSV spoke to and confirmed this submission and at the author's request has withdrawn his name.  Da Horsey will be posting on their charity event sponsored next Wednesday at Ben & Jerry's from 4:00 - 8:00.

A little birdie sent along this nugget in advance of tonight's forum. Beth Mason is looking to create a show of support from paid Stevens students. This person apparently equates supporting Beth Mason for pay to crossing a picket line.

I was wondering if you could forward this to the rest of your house.

I am a brother of the Beta Theta Pi Fraternity and I have been working for the Beth Mason campaign for the past couple of weeks trying to get people to register to vote in Hoboken. Tonight there is going to be a debate tonight at 7 to a little after 9 or so and basically the gentleman I am working for would like 100 people or so to stand out side of the debate and hold up signs for Beth Mason and picket line. You will be payed 25 dollars to do this. If you would like to do this we will be meeting outside of the Beta House at 6:40 tonight. Also if you want to do this please email me with your full name and phone number at (name removed)@gmail.com. We need a good showing for this and its an easy 25 dollars to hold a sign. Hope to see you tonight.

Talking Ed Note: Da Horsey emailed the student in question confirming Beth Mason's slamming astroturf party. Here's the actual details. Payday much like vote by mail for the culture of corruption is after services are rendered: 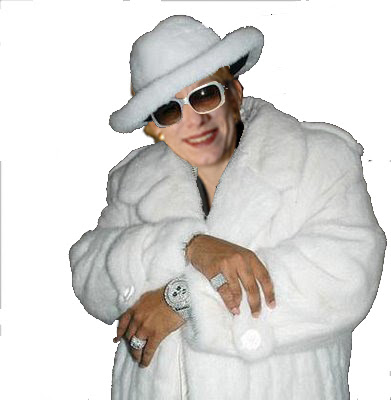 Is there still time to make it for the event and get paid tonight?
My friend got the email.
SJ
Yes absolutely, i just need your name and number so i can call you tomorrow to give you the money. just meet infront of the beta house at 6 40 ish


UPDATE: Less than an hour before the debate an email arrived from the same Stevens student apologizing for the email(s) saying someone had gotten into his email account. MSV sent a friendly note back hoping he got paid and asked he pass a hello to his paymasters.

After the debate, another source with ties to the university stated the administration was well aware of what had happened. While MSV has not reached out for their comment, the sense is, it wasn't well received.

No astroturf signage showed up this year on behalf of Beth Mason. Based on the odd looks she gave Da Horsey early in the event, it's clear she wasn't pleased with this coming out.

MSV is curious if anyone else will even cover this story. Often, others don't for reasons only they can say. Da Horsey for one ain't too happy with that situation. If MSV hadn't continued to press on the Mike Russo Bribe Tapes story, it would never have come to light.

By the way, reading "The Jersey Sting," and it's completely engrossing. You can get a head start via Amazon and a free download of the first two chapters:
http://www.amazon.com/Jersey-Sting-Crooked-Money-Laundering-Informant/dp/0312654170/ref=sr_1_1?ie=UTF8&s=books&qid=1302782724&sr=1-1


Update 2: An unidentified commenter stated concern about yesterday's incident writing: Please remove anything to do with the Stevens Chapter of Beta Theta Pi. They are an exemplar fraternity and this student made an honest mistake. There is no reason to leave his fraternity, and any other group he is a part of out to dry. Also, using our fraternal mascot is highly disrespectful. Surely you can show some class, and be above the mud-sligging of Mason and Co. and remove that.

Please do leave the entire article up so future students do not make this mistake and best of luck to you and your political party in the coming election. We will be doing our best over here at Beta to educate our young brothers against scams like this that could ruin ones career post-graduation for silly make a quick buck schemes where adults try to put the shirt over your head.

Reply: Respectfully, there is nothing in posting the logo disrespectful  as the mascot is only used as an identifier and not a target of attack. However, it's not falling on a deaf horse's ears, but your post is completely anonymous and it's not clear you speak for yourself, the fraternity or who exactly making the request.

Send an email privately to smartyjones@me.com to confirm. In the interim, MSV has gone ahead and removed the logo.  We are one community and while Da Horsey has no local party or allegiance other than a general reform minded anti-corruption mindset, the request seems genuine and has been acted on in that vein.

We've replaced the fraternal logo with something more tasteful related to the heart of the story.

Last night's city council forum featured eight candidates divided equally among the two wards until minutes into its start.  Then the unexpected happened right out of the gate.  Perennial candidate Patricia Waiters came out blasting on corruption saying she had enough. "I refuse to participate tonight.... with the same old corruption.... The corruption must stop. It's not fair to the voters of Hoboken." She completed her statement and then announced her departure saying, "Remember May 10th, no more corruption."