The mayor has issued a letter to the City Council on various issues of importance.  Please see the letter below and the link for the complete details.

Special Meeting of the Hospital Board tonight @ 7:00 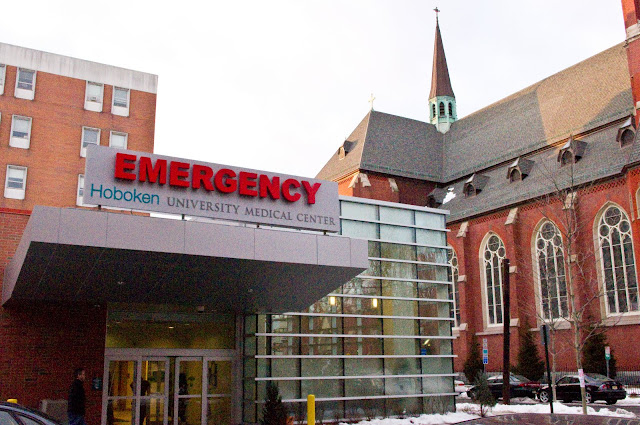 Tonight's City Council meeting is another packed agenda but MSV is especially interested to see how the resolution beginning a review of Councilman Mike Russo's seat on the Hoboken Housing Authority plays out.  Some rumors suggest Mike Russo may not be attending due to the recent passing of his grandmother.

That would be an interesting development but don't count on it as the Russo-Mason 'majority' is aghast at any discussion of corruption.  The mere word coming up in candidate forums makes Beth Mason break out into a sweat and she loses her composure in short order.  She'll be happy to talk about the former Public Safety Director and his meetings when he ran with Peter Cammarano but she doesn't want to discuss her close ally Mike Russo anymore - that she's made abundantly clear in talking about anything and everything but a just punishment for his selling Hoboken out.  (The short edited clips of Mike's greatest hits are on the right.)

As the citywide council races are about to go high octane, MSV is hearing a number of rumors and can't detail them all without further review.  But there's something afoot beyond the paper ballot scam and perhaps a similar plan to urge businesses to take down signs supporting reform candidates.

We've heard of two unrelated incidents.  One in midtown where a man entered and claimed to represent the reform candidate saying the sign up would incur a fine and should be taken down.  Another far more ominous where two men in uniform expressed either disdain or urged a business owner they did not take kindly to seeing a reform candidate's sign in the window.

Talking Ed Note: We'll be back later with live coverage of the City Council meeting and uncensored chat.

The Council Forum videos from last week are available on the top right of the page directly under the logo.  They will be available for review at your convenience any time leading into the election.  MSV understands the taped version for TV is not loaded yet.  Spread the word folks can see them here. 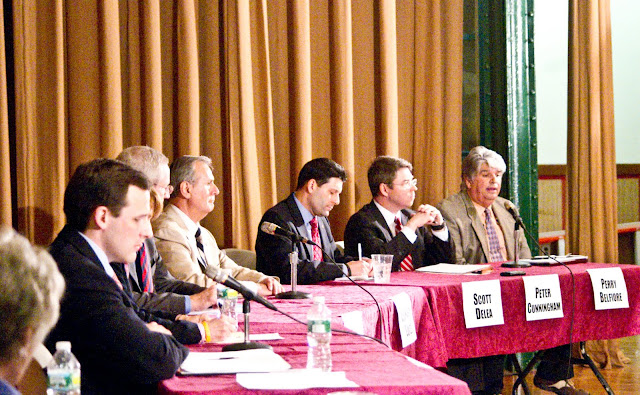 The Hudson Reporter debate held earlier is now posted and available too.  They don't have all of it up but other than the usual double talk you get from some and love of items unloved earlier by others, the word on the street is the war between Tim Occhipinti and Rami Pinchevsky was quite interesting.

More on that to come.  Stevens will be hosting a candidate debate primarily for its students between 4:00 and 6:00, Babbio Center Room 122.  Among the students will be the usual political operatives.

After that MSV will be springing some additional surprises.
Posted by SmartyJones at Wednesday, April 20, 2011
The Complete City Council Forum Videos
2011-04-20T00:01:00-04:00
SmartyJones
Comments