Maybe too much talk but let's get some facts out there.  Here is the sign in question that created a firestorm of criticism all around back in October 2009.  During the fall mayoral campaign a triple Beth Mason sign was propped up against a lamp post outside of its Washington Street office.

The sign was very large and positioned to be visible along Washington Street.  But in order to do so it had to rest against the street light.

So was it a violation or not?  It caught MSV's attention enough from across the street to go and capture this living monument of Hoboken's Queen of triple transparency.

Hoboken stands alone in its quest for decency in elections

A tweet earlier from Councilman Ravi Bhalla laments the state of affairs in Hoboken with an election for BoE on Wednesday and the council races on May 10th noting:

MSV has not contacted Councilman Bhalla to learn the details but the first question is not what does the Councilman have to say in speaking to the matter of endemic corruption in local elections but where is the minimal inquiry from the local media?

Where is basic concern surrounding the 500 plus ballots for the BoE race most likely pegged to the efforts of local developer Frank Raia who is backing a slate of Carmelo Garcia, Frances Rhodes Kearns and Peter Biancamano?  Last year over 300 paper ballots emerged out of the 4th ward alone.  What does it take before there is a minimal level of scrutiny in this tsunami of evident fraud is even questioned?

Not long ago, an MSV source informed us Mr. Biancamano was assuring him there would be no epidemic of paper ballots coming out of the 4th ward as occurred on behalf of Tim Occhipinti in the November special election.  What does he say now with the reports here and on Grafix Avenger painting a clear picture on that manner of 'campaigning?'

The moral degradation of the institutions in Hoboken is so thorough, expectations around the slightest reporting on such events leading into an election is minimal.  The infection appears to have spread like the influence peddling of Beth Mason's checkbook.

Either Reform digs in and people get behind the effort to battle on the streets turning out numbers to overcome the rampant fraud or we watch this town run into the ground.  The choice is yours and it's been proven it can be stopped but what cost freedom?

"The price of freedom is eternal vigilance." -
--  Thomas Jefferson

POLITICAL OPERATIVE STEALS 6th WARD COUNCIL CANDIDATE JEN GIATTINO SIGNS FROM SUPPORTERS
A local Hoboken 6th Ward store owner sent the Giattino campaign footage of political operative Matt Calicchio removing her campaign signs (video: http://www.youtube.com/watch?v=mqmPuiaMxn0). The store owner forwarded a statement explaining, “a man walked into my store on April 19th and said he worked for Jen Giattino. He told me she knew there was a $100 fine for having her posters in a store's window.” She continued, “[he] removed the signs and took them with him.”
This is fishy because the Hoboken Zoning Office is the only department or entity that has jurisdiction over signs and signage. The office confirms that political material and campaign literature is exempt from signage restrictions and fully protected by the 1st Amendment, unless they are somehow creating a dangerous condition. However, political signs must be removed within a week of the conclusion of the election.
Matt Calicchio is a foot soldier for the Beth Mason – Michael Russo faction of the City Council reelection, which includes Giattino's opponent, Nino Giacchi. Just 5 months ago, Calicchio was named in sworn affidavits from 4th Ward residents that allege he offered them $40 to fill out a vote-by-mail ballot for Tim Occhipinti in the recent special election which shifted the majority in the City Council and resulted in Beth Mason becoming Council President, which was reported in Patch.com (http://hoboken.patch.com/articles/fourth-ward-campaign-heats-up)
New Jersey politics are notoriously dirty, but Jen Giattino was looking forward to running a clean and fair campaign on the issues. “I cannot even begin to convey the level of disappointment I am feeling right now. We have run a clean, honest campaign about issues affecting the 6th Ward. The fact that Nino Giacchi has not publicly denounced the behavior of his operatives removing our campaign signs shows that even if he hasn't directly contributed to the culture of political corruption in Hoboken, he is certainly enabling it to happen,” said Jen Giattino.
For more information about Jen Giattino, please visit JenForCityCouncil.com
Posted by SmartyJones at Monday, April 25, 2011
Jen Giattino responds to brazen daylight sign theft inside store
2011-04-25T10:17:00-04:00
SmartyJones
Comments

According to the owner of the business, Calicchio then claimed the Giattino signs needed to be removed from the business' windows in order to avoid a $100 fine.  He removed two signs from separate windows before walking out the door with both.

Let's go to the videotape from the store's actual surveillance camera showing the daring heist:

Specifically asked about the rumor of sign theft in the 6th ward against Giattino, Calichhio  noted concern from other quarters saying, "I did get a call from Joe (6th ward resident and local businessman Joe Branco) on that.  I'm supporting Nino (Giacchi), but I wouldn't do that to Joe."

Matt Calicchio left shown in an earlier photo with one transposed from the surveillance camera inside Kayla's cleaners leaves no doubt to the identity of the culprit of the daytime sign theft.

He's  seen wearing the same vest in both.


6th ward council candidate Jen Giattino stated her disappointment in the behavior of her opponent's campaign saying, "Regardless if Councilman Giacchi knew about this incident or not, that someone associated with him would act this way on his behalf is revolting."

The very next afternoon at last Wednesday's council debates hosted by Stevens, observers saw Councilman Nino Giacchi speaking warmly with Matt Calicchio and patting him on the back.

Matt Calicchio confirmed working on behalf of Beth Mason stating he attended a neighborhood cleanup event Saturday sponsored by the 2nd ward Councilwoman who is up for re-election May 10th.  "The weather was bad but we had a good turnout of about 25 people."


Talking Ed Note: While Councilwoman Beth Mason applauded her ethics at the Council forum hosted by Our Lady of Grace, this latest incident highlights the corrosive nature of her continued political alliance with Councilman Mike Russo.

Councilman Nino Giacchi has been a reliable fifth vote for the Mason-Russo faction since the controversial election installing Tim Occhipinti in the 4th ward council seat, frequently voting legislation out of the city council offered by the mayor without comment or burying it in subcommittee.

Beth Mason has not filed her required ELEC reports (again) detailing expenditures in the 2011 council election but she has vigorously defended contributions far exceeding the $2,600 individual contribution limit to Tim Occhipinti in last fall's 4th ward special election using her campaign committee to do so.  Many suspect she is funding her council allies who often vote with her in lockstep against the mayor's initiatives.

Beth Mason and Nino Giacchi were both contacted for comment early today on this story.  Should a reply be forthcoming, the story will be updated.

MSV both endorses and patronizes Kayla's Cleaners.  It's important we support local businesses that stand up for the community in the face of dirty intimidation tactics.
Posted by SmartyJones at Monday, April 25, 2011
Mason/Occhipinti staffer caught redhanded in daytime theft of Jen Giattino signs inside store
2011-04-25T07:00:00-04:00
SmartyJones
Comments

Kids First Announces:
Meet and Greet at the Vitale's

This Monday we are hosting a gathering of friends and neighbors to meet with Board Trustee Jean Marie Mitchell, and Steve Feinsteinand Clifford Godfrey, three outstanding candidates on the Kids First ticket for the Hoboken Board of Education. We in Hoboken need committed public servants who can lead the Hoboken Public Schools to deliver better results in the classroom, while offering fiscally responsible leadership.

Please come to our home on Monday April 25th, from 7-9 pm, for a light snack and a chance to meet and speak with Jean Marie, Steve and Cliff and to hear how we can help them continue the progress.

We look forward to seeing you and having a great night. 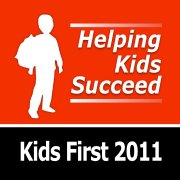