Councilman Giacchi on sign theft: "Hopefully it will cease to continue"

Councilman Nino Giacchi, the 6th ward councilman came out and issued an email statement regarding the alleged sign theft inside Kayla's Cleaners as seen here on MSV last Monday.

The statement reflects the tentativeness of the councilman as he faces a strong challenge from council candidate Jen Giattino.  The statement reads:
"I find it very unfortunate that Mr. [name of accused person] has been tearing down posters representing any of the campaigns for City Council in Hoboken," Giacchi said in the e-mail. "I know of him, but not personally. He is not a representative of my campaign nor is he involved in any way with the operations of my campaign. My campaign is run by my wife Mary, and my campaign manager. I do not condone Mr. [name of accused]'s actions, nor support his recent behavior in any way. Hopefully it will cease to continue."

Oddly nowhere in the statement does Councilman Giacchi actually condemn the action but the Hudson Reporter in their story claims like Jen Giattino, he did.  However there's no condemnation in the lawyerly and triple consultant checked statement anywhere to be found.
Giacchi remarks even more oddly he doesn't quite know Matt Calicchio saying, "I know of him."  At the Stevens council candidate forum he was seen speaking with the same Matt Calicchio and literally patting him on the back not a day after the alleged sign theft.
And the closing of the statement is perhaps even stranger.  Giacchi looking forward to a future of less Mason-Russo political operative bad behavior concludes, "Hopefully it will cease to continue."
Hopefully... cease to continue?  Huh?
Talking Ed Note:  One can only hope Nino Giacchi's campaign will not be releasing a statement about ex-mayor Peter Cammarano, that while they both served on the city council together he only knew of him.
Councilman Giacchi is a respected member of the community known for his good manners and exceedingly bad voting record.  Since the elevation of Tim Occhipinti he reverted to some bad form he had avoided for a spell prior to then Council President Dawn Zimmer moving into the mayor's chair.
Da Horsey has found conversation with Councilman Giacchi immensely interesting, both inside and outside of City Council Chambers.  But often we're left scratching our head later, marveling how much of it is past one another.
Posted by SmartyJones at Thursday, April 28, 2011
Councilman Giacchi on sign theft: "Hopefully it will cease to continue"
2011-04-28T21:38:00-04:00
SmartyJones
Comments

p1ywood and the anomalies collection 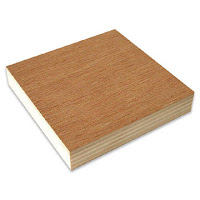 Hey everybody, I’ve got a little brain teaser that I put together for you, or maybe it’s more of a riddle, anyway here goes. Hope you like it.
What do these things have in common?
…..numerous reports of people claiming they were offered money to vote in the 4th Ward in November
…..a massive anomaly in vote-by-mail in the same 4th Ward special election
……a supporter of the then 4th Ward candidate having her car vandalized with the candidate’s name scrawled on the car
…….Ms Mason wheeling over $13,000 to one 4th Ward candidate days before the election
…...this same candidate, now a councilperson, in one of their first orders of official business, becomes the deciding vote in Ms Mason becoming the council president
…...Ms Mason’s cronies changing the Council rules specifically to make this possible
……Ms Mason being caught rearranging the order of speakers at council meeting
……Mr Russo openly discussing how corruption works in Hoboken on tape
……Mr Russo denying same until the tapes came out, then basically saying he was kidding
……an Old Guard operative ripping down and stealing 6th Ward reform campaign posters, which he denied until he realized he did it on tape
……as a result of the posters being ripped down, the candidate running for the Old Guard in the 6th  Ward (Mr Giacchi) stating almost nothing in response
……another massive statistical anomaly in vote-by-mail in the Board of Education election 5 month later
……and a Reform campaign worker allegedly being assaulted in a polling place by an Old Guard operative, who tell them “I own this place”?
Apologies, I’m sure I forgot some things.
So what do all these things have in common?
They are all “isolated incidents” and, as such nothing to worry about.
Talking Ed Note: p1ywood is a frequent commenter once known for mirth and puns.  The four squares has become a regular staple on MSV, one of the four corners of our 'internets' universe.
Posted by SmartyJones at Thursday, April 28, 2011
p1ywood and the anomalies collection
2011-04-28T16:00:00-04:00
SmartyJones
Comments

In what may prove a blockbuster leading into the 2nd ward council race, an anonymous Grafix Avenger source claims an investigation into the resume of Councilwoman Beth Mason shows a decade plus of her experience falsified, accusing her work listed as Founder and President of "Newton Lao Leonard & Locke" as being imaginary.

The firm is listed on Beth Mason's resume from 1993 to 2005, naming her as both Founder and President.  According to the Grafix Avenger source, the firm has registration in New Jersey filed in 2010, but nothing in the state of New York.


The source further suggests the Lyndhurst, NJ address of the company is most likely another business performing services to Beth Mason, such as an attorney or an accountant but that there is no actual office space for the named firm.  On the resume, Beth Mason lists the firm as being in New York City.

The GA source also questions why the business entity the founder Beth Mason claims to have left in 2005 continues to exist on paper:

Interesting question is if she stopped working there in 2005, why, six years later is she keeping the shell open for business?  Ask what the company does?  Who are the employees? What is the revenue?

There's quite a few of questions all around on this anonymous source's contention.  A google search of the company name produces nothing but some addresses in Hoboken and nothing of a website of the firm's past cached anywhere.  For a company operating in the middle of the last decade in the advertising space, this appears suspect.

An inquiry to Beth Mason asking for evidence of the New York city based firm with tax records, rent checks and client records was emailed earlier.  If an answer arrives, we'll update this story.

Update: The plot thickens, resident commenter and MSV court jester Mattaccino has noted that one of the consulting firms Beth Mason retains is based in Lyndhurst, NJ: the Cratos Group.  This revelation adds credence to the shell company theory, that this firm Beth Mason touts founding is at best a soft vehicle where she did little work and achieved even less.

The head of the Cratos Group, a consulting firm specializing in messaging and fundraising donated less than $1,000 to Tim Occhipinti last November.  Why would a company specializing in raising funds for a candidate be writing checks to them?  Oh it's that darn wheeling re: money laundering again.

And what do you think happens when you send mail to the Cratos Group not by their name but with Beth Mason's?