The Jersey Sting returns to Hoboken


The authors of "The Jersey Sting" appeared at the Hoboken Public Library to a crowd of about 50 people including Weehawken Mayor Richard Turner.

The initial presentation covered several different aspects highlighted in the book and then turned into a Q&A session before a book signing.

The broadcast runs close to 90 minutes. MSV did lose the first five minutes due to a software issue.
It begins with opening remarks by author Ted Sherman of the Star Ledger.
Posted by SmartyJones at Saturday, April 30, 2011
The Jersey Sting returns to Hoboken
2011-04-30T13:45:00-04:00
SmartyJones
Comments

The Jersey Sting: 'The boys are back in town'

Back in 2009, the fed's sting in New Jersey led to a new book on the case, Operation Bid Rig and included a short blurb on one Hoboken councilman named Mike Russo no one knew anything about.  The series of events led to a raging corruption controversy today leading into the May 10th citywide council elections.  The authors come back to the scene of "the crime" for a return engagement today.

The award winning journalists, authors of "The Jersey Sting," are back in Hoboken for a two hour discussion with Q&A this afternoon at the Hoboken Public Library from 2-4. The authors Ted Sherman and Josh Margolin last appeared in Hoboken at the scene of an earlier crime, The Malibu Diner where ex-mayor and the now imprisoned Peter Cammarano took thousands of dollars in return for promises of approving developer project commitments.

The brouhaha resulting in a series of stories appearing here on MSV led to friction between the award winning writers and Councilman Mike Russo who stated in a number of less than candid remarks he had straightened out FBI informant Solomon Dwek.

When the actual video of the FBI surveillance tapes were released, the truth proved to be otherwise and far worse than anyone thought - far beyond the short blurbs of Mike Russo and Solomon Dwek in the book.

Talking Ed Note: In addition to the book signing the big question is will Councilman Mike Russo appear to make an apology.  His claim anyone who says he accepted a bribe were "liars" backfired.

When MSV went back to the authors seeking additional comment, the series of stories here led to the release of the FBI surveillance tapes backing up the contention of "The Jersey Sting," authors.
Posted by SmartyJones at Saturday, April 30, 2011
The Jersey Sting: 'The boys are back in town'
2011-04-30T09:30:00-04:00
SmartyJones
Comments

In an interview Lenny Luizzi makes some interesting comments surrounding corruption on the specific case of Councilman Mike Russo and the bribery tapes.  Mr. Luizzi the city historian claims he watched the tape and Mike Russo did nothing wrong and did not make any promises just discussed accepting a donation, and there's nothing wrong with accepting donations.

In the actual tape, Mike Russo provides the name of his campaign committee for $5,000 to be laundered into it with the promise that more is to follow.  The individual contribution limit for campaign donations is actually $2,600 not $10,000 plus.  (Just in case you didn't know Mr. Luizzi.)

It's a fascinating divide between the expectations of Hoboken people in the 21st century and the acceptance of the old, dark ways. The cultural divide here is huge as Lenny Luizzi concludes, "I don't think Michael did anything wrong."

The reporter for Hudson County TV.com to her credit, puts out the question.  You have to see Mr. Luizzi's response to believe it.  The corruption question comes at the 2:00 minute mark.
Posted by SmartyJones at Saturday, April 30, 2011
Leonard Luizzi on Mike Russo Bribe Tapes: 'Maybe he was joking'
2011-04-30T08:59:00-04:00
SmartyJones
Comments

Mcgato: you don't need a math doctorate to know Hoboken411 is a zero 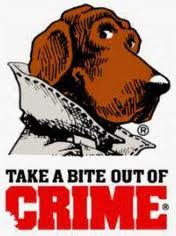 Commenter mcgato has some keen mathematical insights on local crime although it doesn't appear too complex regarding the analysis of year over year on crime statistics in town.  The crime commenter buff writes:

I saw that Hate411 put up a misleading story once again about the crime stats just released by Dawn Zimmer on the city website.  As a statistician with a PhD in stats, I want to punch the wifflebrain that "sent" in that letter.  Since the police reorg occurred last October, let's just compare year over year changes since then:


Talking Ed Note: MSV wouldn't know what's going on with Hoboken411's constant diatribe of hate but readers like mcgato keep us laughing from time to time.


MSV is pleased to post submissions from readers and commenters.  If you'd like to submit a story for publication, just send it to smartyjones@me.com.  Please include your name and contact information.  Although you may have an option to post under a pseudonym, there's also the option of a guest of the stable piece with a photo if you choose.
Posted by SmartyJones at Saturday, April 30, 2011
Mcgato: you don't need a math doctorate to know Hoboken411 is a zero
2011-04-30T00:05:00-04:00
SmartyJones
Comments